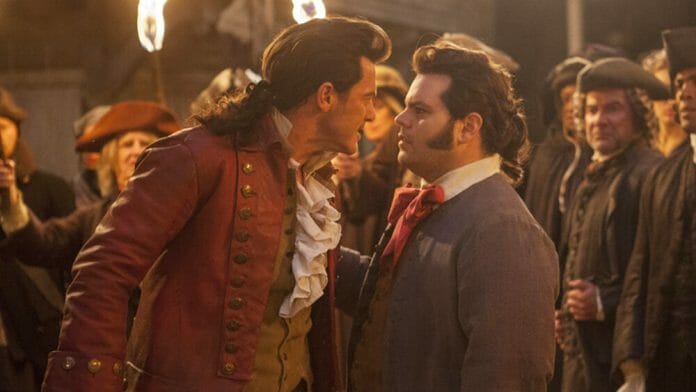 Luke Evans is fast becoming a Disney favourite. After appearing as villain Gaston on 2017’s Beauty and the Beast live-action remake, he’s set to reprise the role for a follow-up series on Disney+ and was recently tapped to play the Coachman in Disney’s upcoming Pinocchio remake.

Speaking to Collider recently, Evans shared an update on the projects, which are both set to debut on Disney+ in the next couple of years.

When asked why this new version of Pinocchio won him over, Evans revealed he was a fan of the original:

“Well, I’ve always loved Pinocchio. It’s a timeless story. It’s a very old fairy tale or fable, whatever you want to call it. It has very powerful messages woven into the storyline, many that I think relate to young kids and young people. I don’t think it will be anything like any iteration of Pinocchio that we’ve seen before. I’m truly excited to be a part of it. I’m very honoured that Disney has chosen me to play another villain in the world of Disney. I’m surrounded by some very talented people, including Mr. Hanks. It’s just a joy to think that I’m in the same film as that legend. I’m very excited about it. Very excited, indeed.”

Evans also offered an update on the Gaston/LeFou series, which sees him star alongside Josh Gad:

“Everybody is excited about it. I think it’ll be a very entertaining journey through the past story of these characters, and also there will be many new characters that you’ve never met before, which is very exciting.”

Pinocchio will star Tom Hanks as Gepetto, with production expected to begin this April in London and Italy. Directed by Back to the Future’s Robert Zemeckis, the film will be a musical, with new songs written by Alan Silvestri and Glen Ballard.

The Beauty and the Beast series is expected to take place before the events of Beauty and the Beast and will expand upon the universe. Evans and Gad are the only actors from the film that are currently set to return. Still, Disney is expected to engage Emma Watson (Belle), Dan Stevens (Beast), Ewan McGregor (Lumiere), Ian McKellan (Cogsworth), and Emma Thompson (Mrs. Potts) for potential appearances. Multiple new songs have already been written by Alan Menken.

Once Upon a Time creators, Eddy Kitsis and Adam Horowitz are set to serve as show runners and producers on the project alongside Gad.