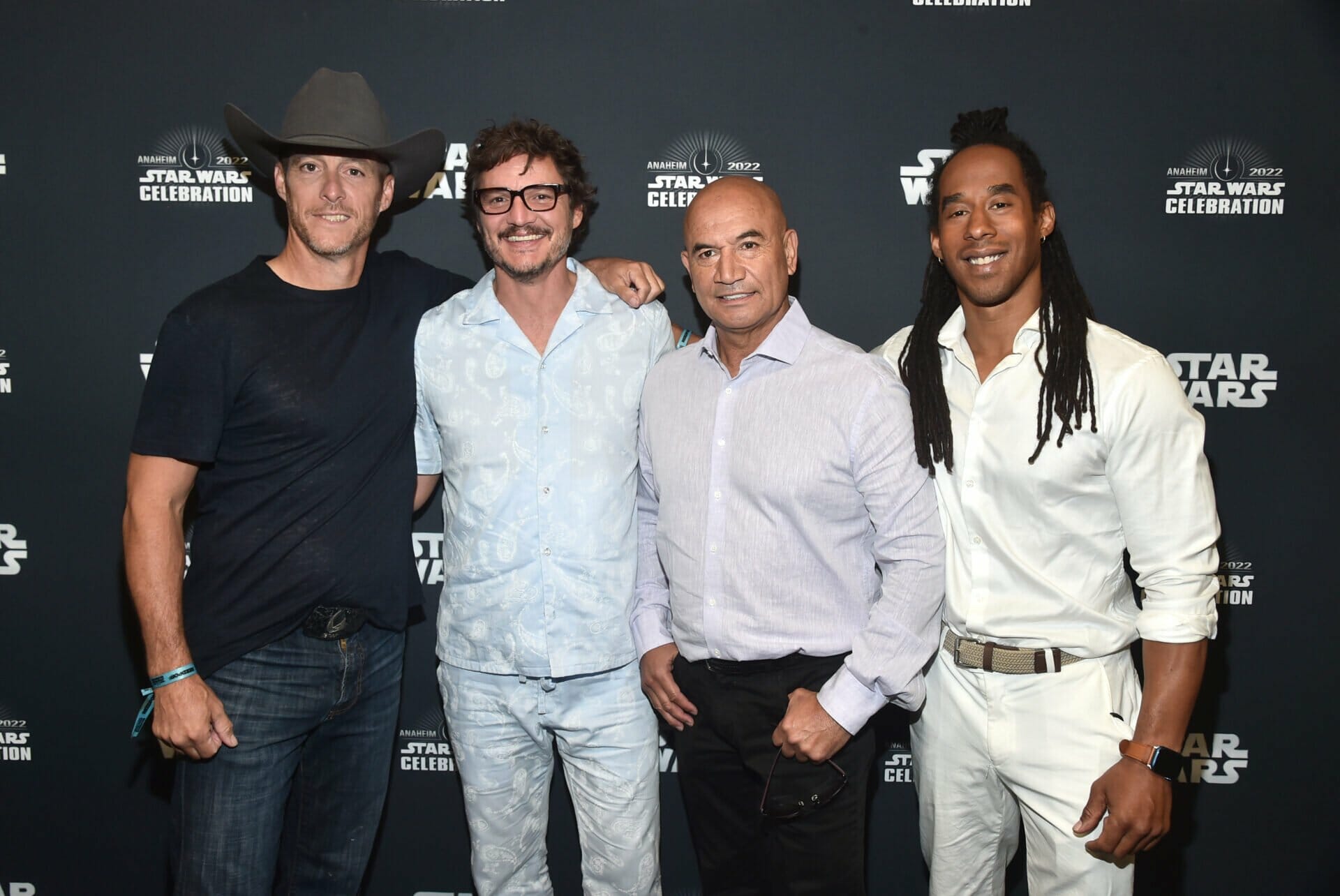 Disney+ has shared photos from “Mando+: A Conversation with Jon Favreau & Dave Filoni,” a Star Wars Celebration panel that took place over the weekend and was moderated by Ash Crossan, host of Screenrant. Favreau and Filoni were joined by Pedro Pascal, Brendan Wayne, Lateef Crowder, Giancarlo Esposito, Emily Swallow, Carl Weathers, Temuera Morrison, Katee Sackhoff, Rick Famuyiwa, Rosario Dawson and Natasha Liu Bordizzo, with special guests Grogu from “The Mandalorian” and Chopper, a very special droid that will be featured in “Ahsoka.” This was Grogu’s and Chopper’s first Star Wars Celebration appearance.

Natasha Liu Bordizzo was announced as joining the cast of “Ahsoka” as fan-favorite character Sabine Wren, and fans were treated to early footage from the series, which stars Rosario Dawson.

In addition to his directing duties, it was announced that Rick Famuyiwa will also executive produce “The Mandalorian,” Season 3. The enthusiastic audience was also shown an extended sneak peek of the upcoming season.

Both “Ahsoka” and “The Mandalorian,” Season 3 will stream exclusively on Disney+ in 2023.