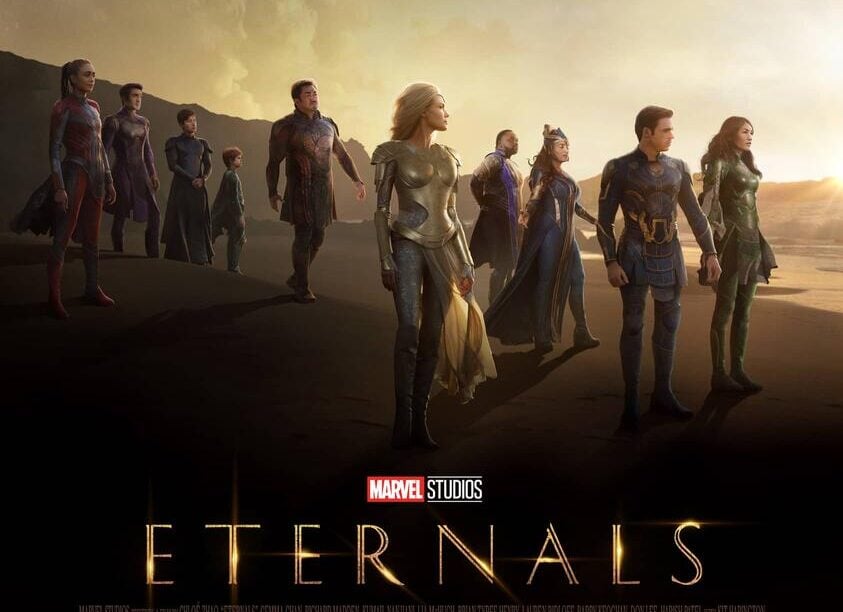 Marvel Studios’ upcoming film “Eternals” has received an official rating from the MPAA.  According to a new listing from the MPA’s Classification and Rating Administration, “Eternals” has been rated PG-13 for “fantasy violence and action, some language, and brief sexuality.”  A PG-13 rating advises parents are “strongly cautioned” to attend movie viewings with children as “some material may be inappropriate for children under 13.”

Marvel’s “Eternals” will premiere exclusively in theaters on November 5, 2021.

The film features an exciting new team of Super Heroes in the Marvel Cinematic Universe, ancient aliens who have been living on Earth in secret for thousands of years. Following the events of Avengers: Endgame, an unexpected tragedy forces them out of the shadows to reunite against mankind’s most ancient enemy, the Deviants.