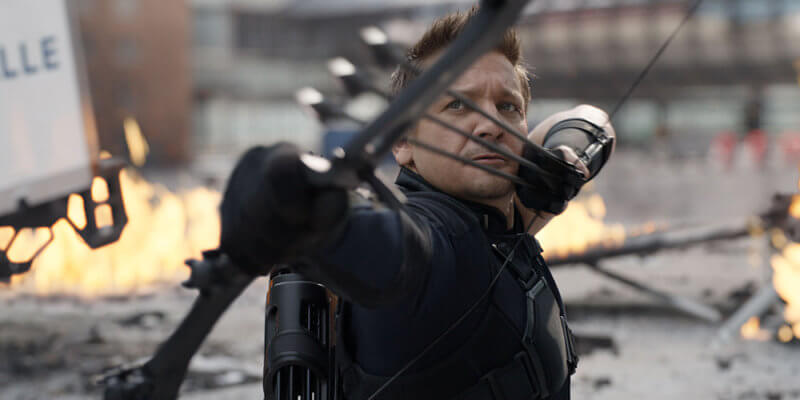 Marvel’s Hawkeye Disney+ series was originally supposed to start production back in July, but got delayed and then was repeatedly pushed back after that.  In January, news broke that the project had been postponed indefinitely.  Now, it looks like the series is back on track.  According to Murphy’sMultiVerse, the series is due to start filming in September 2020.

In the new Hawkeye series, Jeremy Renner will return to play Hawkeye and Hailee Steinfeld is hopeful to play Kate Bishop (Apple TV’s Dickinson). Renner has appeared as Hawkeye several times in the Marvel Cinematic Universe including 2011’s Thor,  Avengers: Age of Ultron, Captain America: Civil War, Avengers: Infinity War, and Avengers: Endgame. The show will be written and executive produced by Jonathan Igla, who has previously worked on Mad Men.

There are several other Marvel Cinematic Universe shows in the pipeline for Disney+ including WandaVision starring Elizabeth Olsen and Paul Bettany, Loki starring Tom Hiddleston, Falcon and the Winter Soldier, which stars both Sebastian Stan as Bucky Barnes and Anthony Mackie and Falcon and She-Hulk and Moon Knight which is scheduled to begin production before Hawkeye.

Hawkeye was first revealed at SDCC (San Diego Comic Com) to stream in the Fall of 2021 on Disney+.  Hopefully, that timeline will still hold up.