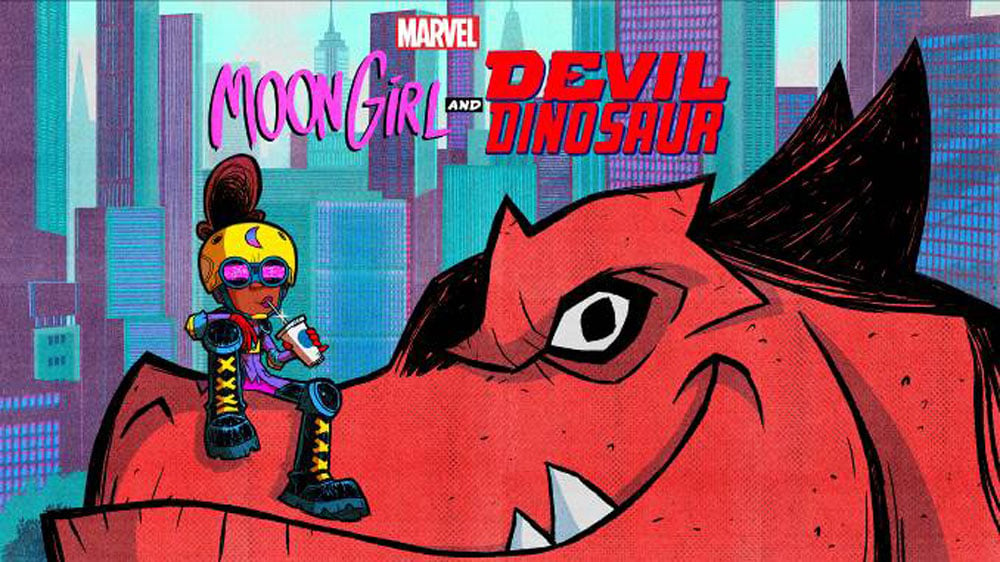 Disney Channel has released the teaser trailer for Marvel’s “Moon Girl and Devil Dinosaur.” The animated series is coming to the Disney Channel and Disney+ in Summer 2022.

Based on Marvel’s hit comic books, “Marvel’s Moon Girl and Devil Dinosaur” follows the adventures of 13-year-old super-genius Lunella Lafayette and her 10-ton T-Rex, Devil Dinosaur. After Lunella accidentally brings Devil Dinosaur into present-day New York City via a time vortex, the duo works together to protect the city’s Lower East Side from danger.

Disney released the teaser on social media which you can see below: