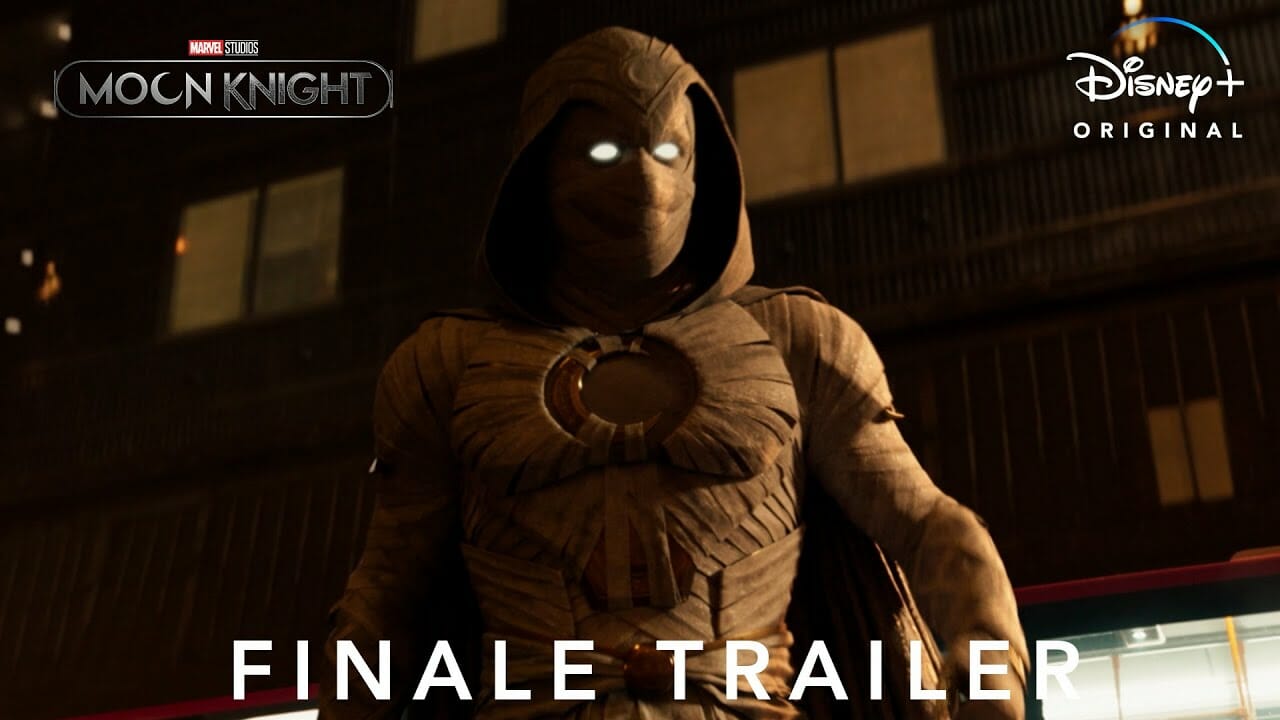 Marvel Studios has released the finale trailer for the Disney+ Original series “Moon Knight.”   The finale begins streaming on Wednesday, May 4, 2022.

Check out the trailer for Episode 6 below:

The first five episodes of Marvel’s “Moon Knight” Disney+ Original series are available to stream now, with the finale episode dropping on Wednesday, May 4, 2022.

You can watch a trailer for “Moon Knight” below, check out all the details we noticed from Episodes 1, 2,  3, 4 & 5 and read our review of the first four episodes here: