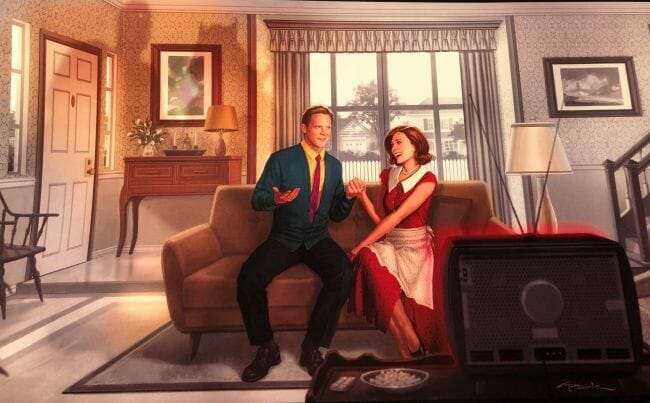 Marvel’s new WandaVision series set for Disney+ seemingly wrapped production over the weekend. Crew member Taylor Grabowsky posted a celebratory photo to his Instagram account which you can see below.

F A M ??✨ Guys, I may or may not have gone a little overboard on the photobooth, though how can you not with these #beauts?! ?? Thankful for the BEST crew in the world, and not only were they up to the challenge, every person here helped to make this show beyond special! Love you guys!! ♥️ @marvelstudios #production #crew #ATLwrapparty

In the post, he commended the extensive cast and crew for being the “best in the world.”

The new series will star Elisabeth Olson and Paul Bettany, and will also feature MCU newcomers Teyonah Parris and Kathryn Hahn with Parris portraying the adult version of Monica Rambeau.

Marvel’s WandaVision was initially slated to debut in 2021, but the release date was recently moved up to December 2020.