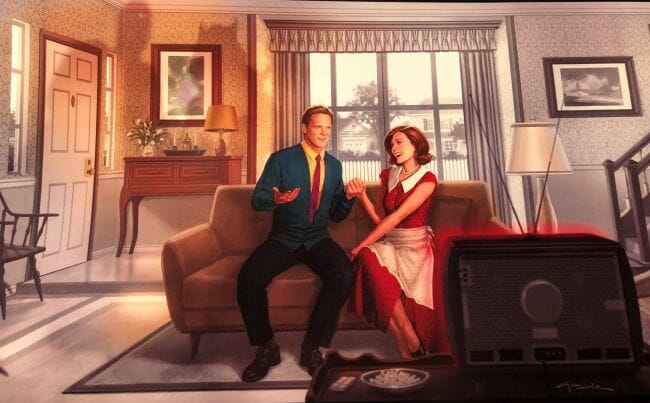 The following was posted on Murphy’s Multiverse:

A stunt  person is listed for ”WandaVision Ep. 109.” It’s standard procedure for the numbering system to show the season number first (1) and the episode second (09), meaning this actor worked on episode 9 of WandaVision!

While we may be getting more episodes than originally expected, we still don’t know what the running length of those episodes might be.  We could be looking at 30 minute or 40 minute episodes. Recently, The Falcon and The Winter Soldier star Anthony Mackie said each new series would feel like a six-hour Marvel feature.

Filming will reportedly resume in July and speculation is WandaVision could still be able to hit it’s target December 2020 release date.  Neither Disney nor Marvel have commented on any delays or confirmed a premiere date.  Marvel fans are still anxiously awaiting confirmation on the August 2020 premiere of Falcon and The Winter Soldier which will be the first new Marvel series to debut on the streaming service.