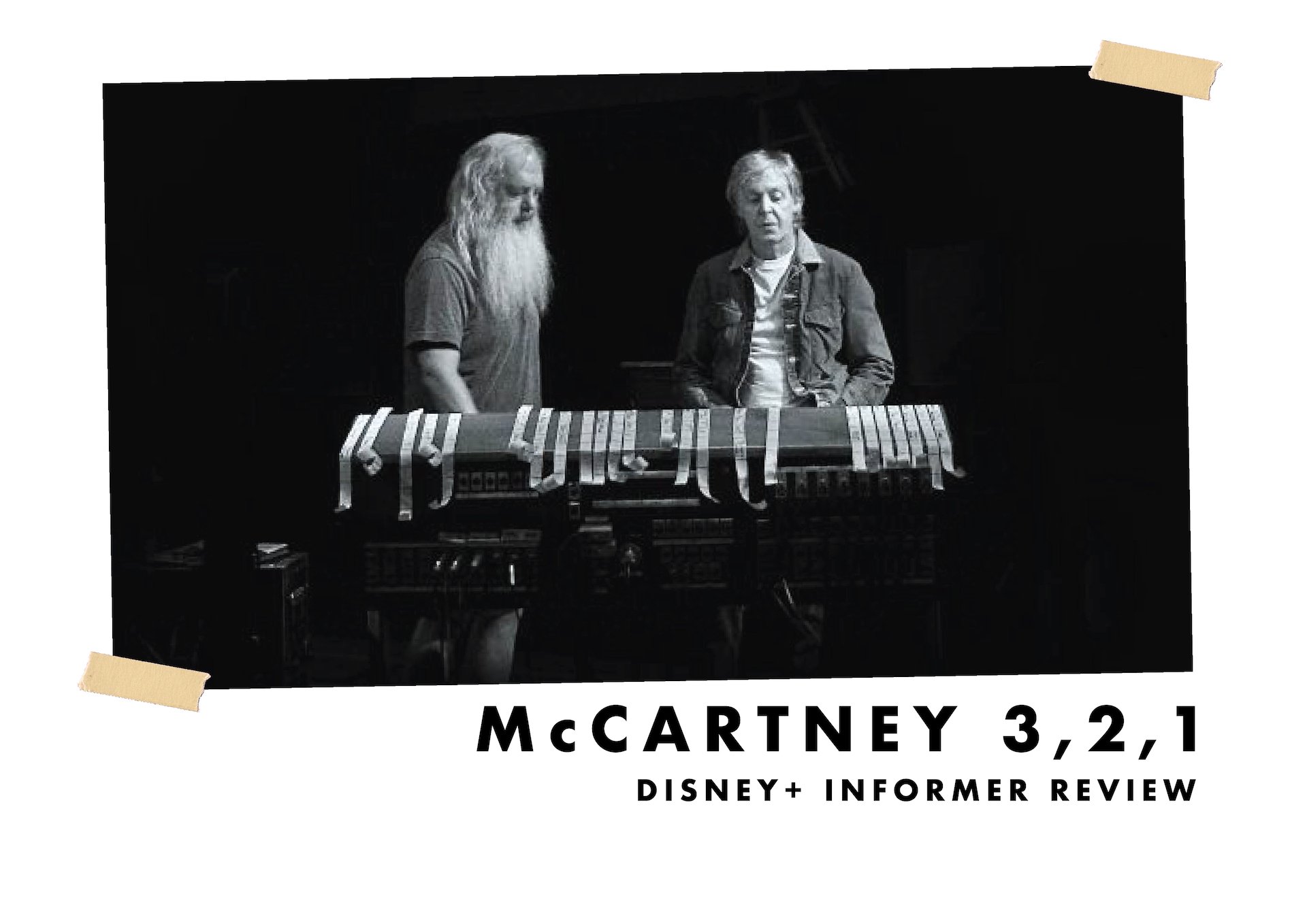 Have you ever wondered who the ultimate Beatles super-fan is? Whether you have or not, I’m going to tell you anyway, It’s Paul McCartney, and in the brilliant new documentary series McCartney 3,2,1, we get to see exactly why that title fits. In the series, legendary producer Rick Rubin gets up close with Paul McCartney. It’s fascinating to listen along with McCartney, who, at times, is just as baffled as anyone at how four kids from Liverpool managed to create these songs. In his own words, he says that he’s grown to be a fan of the Beatles; back then, he was just a Beatle, but now those songs are finished, he can listen back to them in amazement from a fan’s perspective.

But Paul McCartney isn’t just a Beatles super-fan; he was there, for every moment, every recording, not just in the room, witnessing musical history, he was a part of it, and he remembers every single detail. And that is essentially what ‘McCartney 3,2,1 is about; McCartney breaks down the songs track by track, picking out all of the musical details and telling the stories surrounding them. There are plenty of archival photos and bits of film, but for the most part, the series is a stripped back conversation that takes place around a mixing desk in black and white. It feels intimate; Rubin understands his role perfectly, asking just the right questions and then simply listening to the answers. 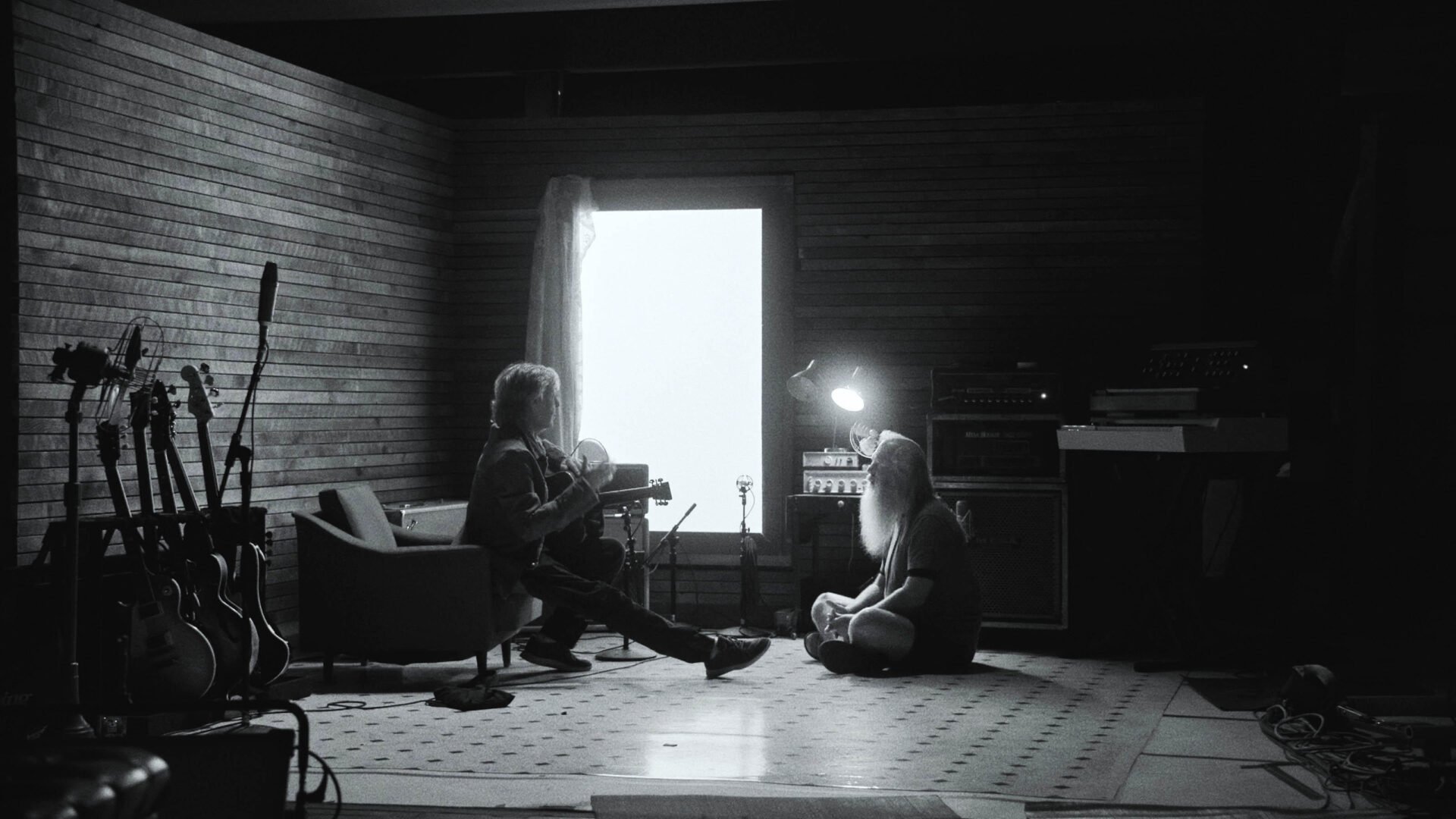 The challenge for the makers of ‘McCartney 3,2,1 was creating a documentary on one of the most interviewed men on the planet that doesn’t simply cover things he’s already said. McCartney connoisseurs will recognise a lot of the tales contained in this long and winding ode to musical genius: how he and John Lennon met and made the perfect writing partners; how the words to “Yesterday” came to him in his dreams, or how Jimi Hendrix covered “Sgt. Pepper’s Lonely Hearts Club Band” just two days after its release. But where the series shines is in its celebration of the music, the miracles that occurred when the four nowhere men came together inside the studio. By putting the songs at its centre, ‘McCartney 3,2,1 capture’s Paul’s genuine wonder at how he and his friends managed to make such beloved music. 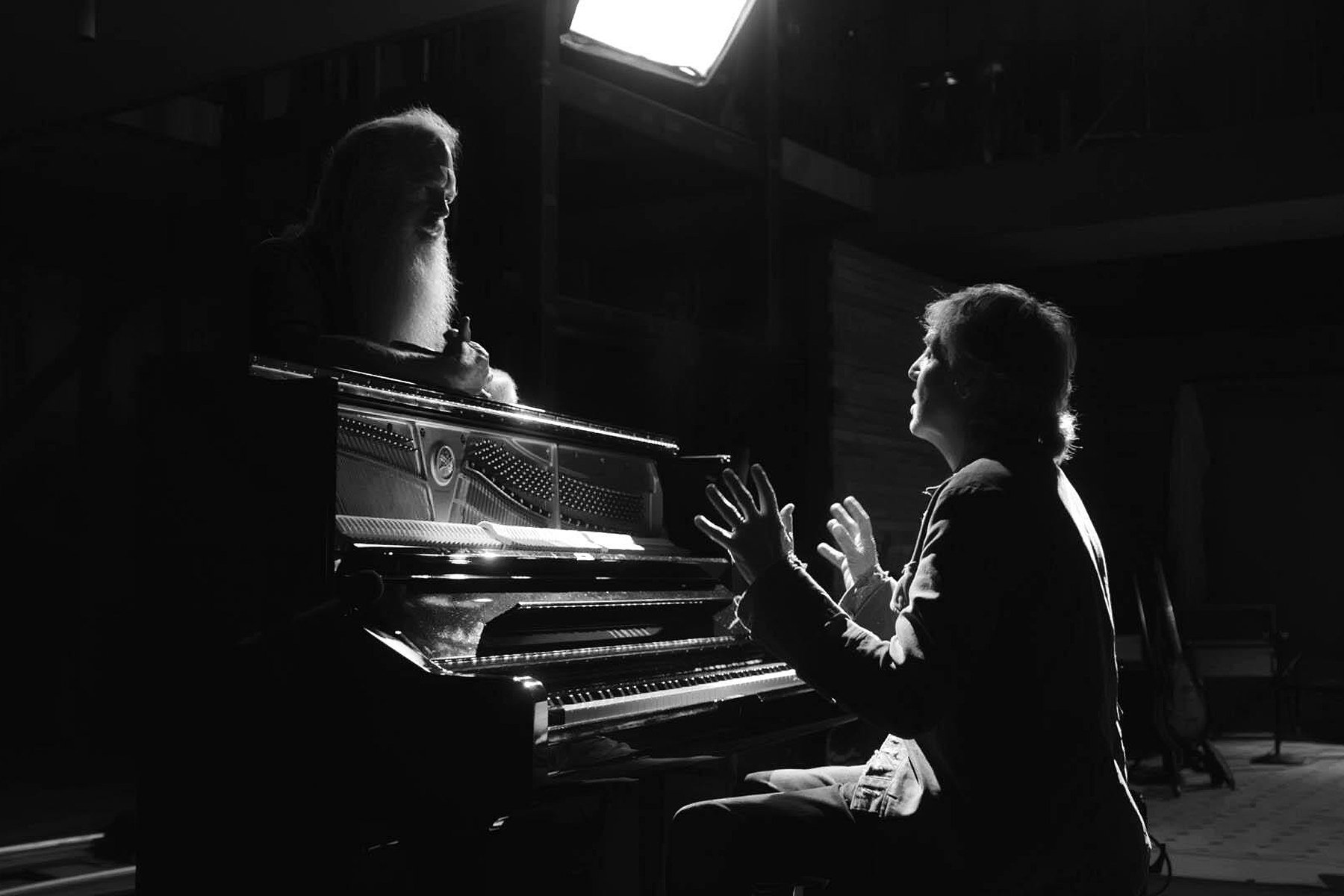 It’s worth noting that Rick Rubin is the perfect host, although larger than life in appearance, seen throughout in bare feet, with trademark long hair and beard, Rubin is softly spoken and thoughtful in his questions. Rather than probing his subject, he instead allows the music to talk for him, working the mixing desk to isolate guitar tracks as McCartney recalls how each part of the song came to be. It’s an easy to watch three hours, stretched out over six episodes and the time flies. This is Paul McCartney at his most relaxed; he charms his way through like the barber in “Penny Lane,” talking us through every moment he had the pleasure of experiencing. 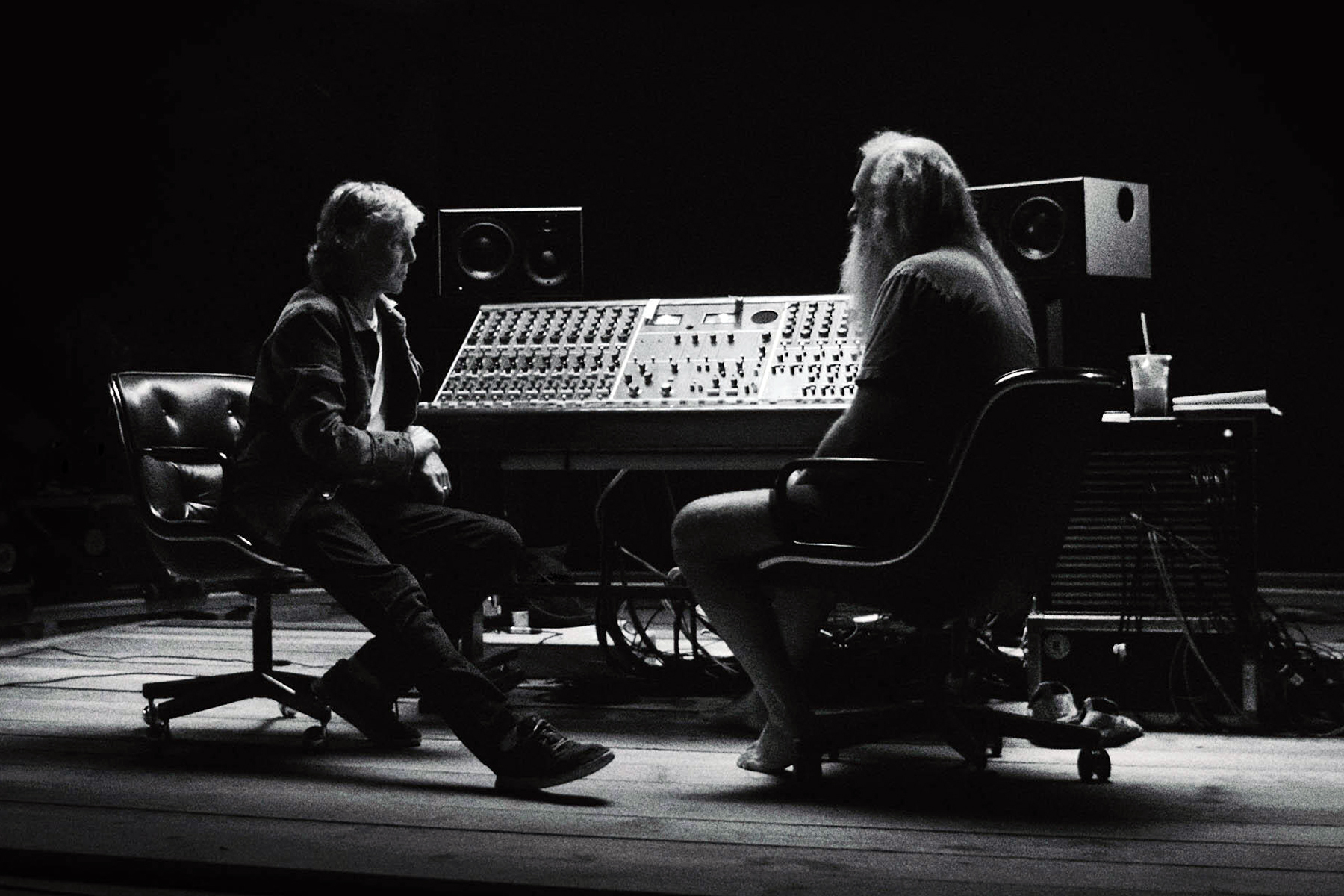 One of the most remarkable things about McCartney is the fondness in which he talks about his creations; there’s no regret or hesitation, he loves these songs, and he loves being the guy who wrote them even more. But he isn’t at all full of himself; he talks eloquently of his bandmates; about John’s troubled childhood, or how George created guitar sounds. He recalls the first time Ringo sat at the drum kit: “He just lifted us; he brought the whole band together.” 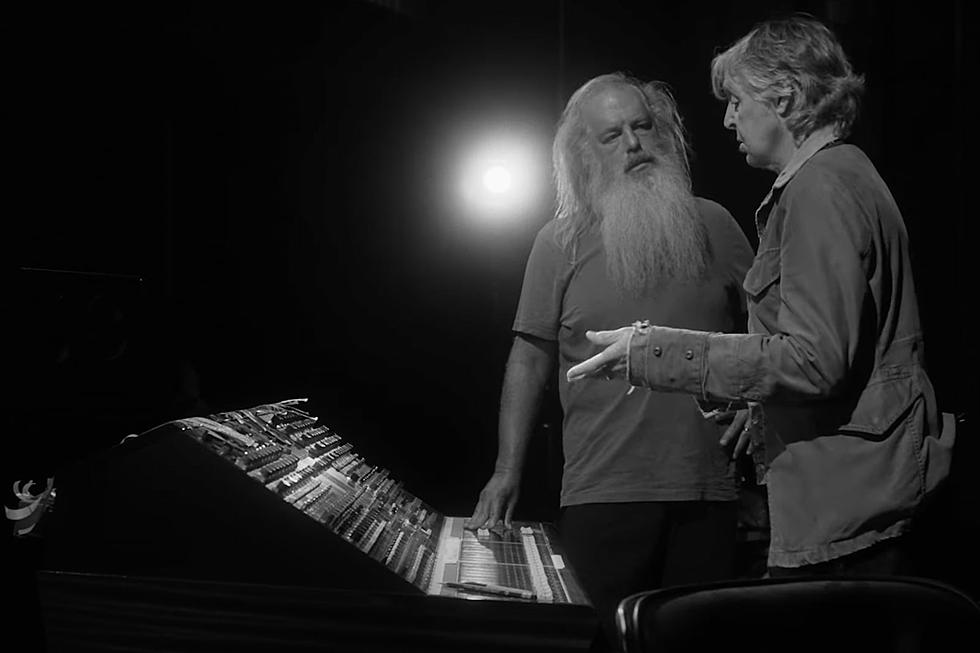 McCartney is often looked upon as the definitive Beatles expert, and he always responds with the same magical fondness, unsure of just how things actually came to be. With childlike innocence he recalls how things came together, “and they just sorta did” he shrugs. But he doesn’t downplay any of it or pretend to be cool: “There’s guys who say ‘well, I don’t care,” he says when Rubin asks him what it was like to get famous. “And that’s great, but I think most people want to be accepted.” 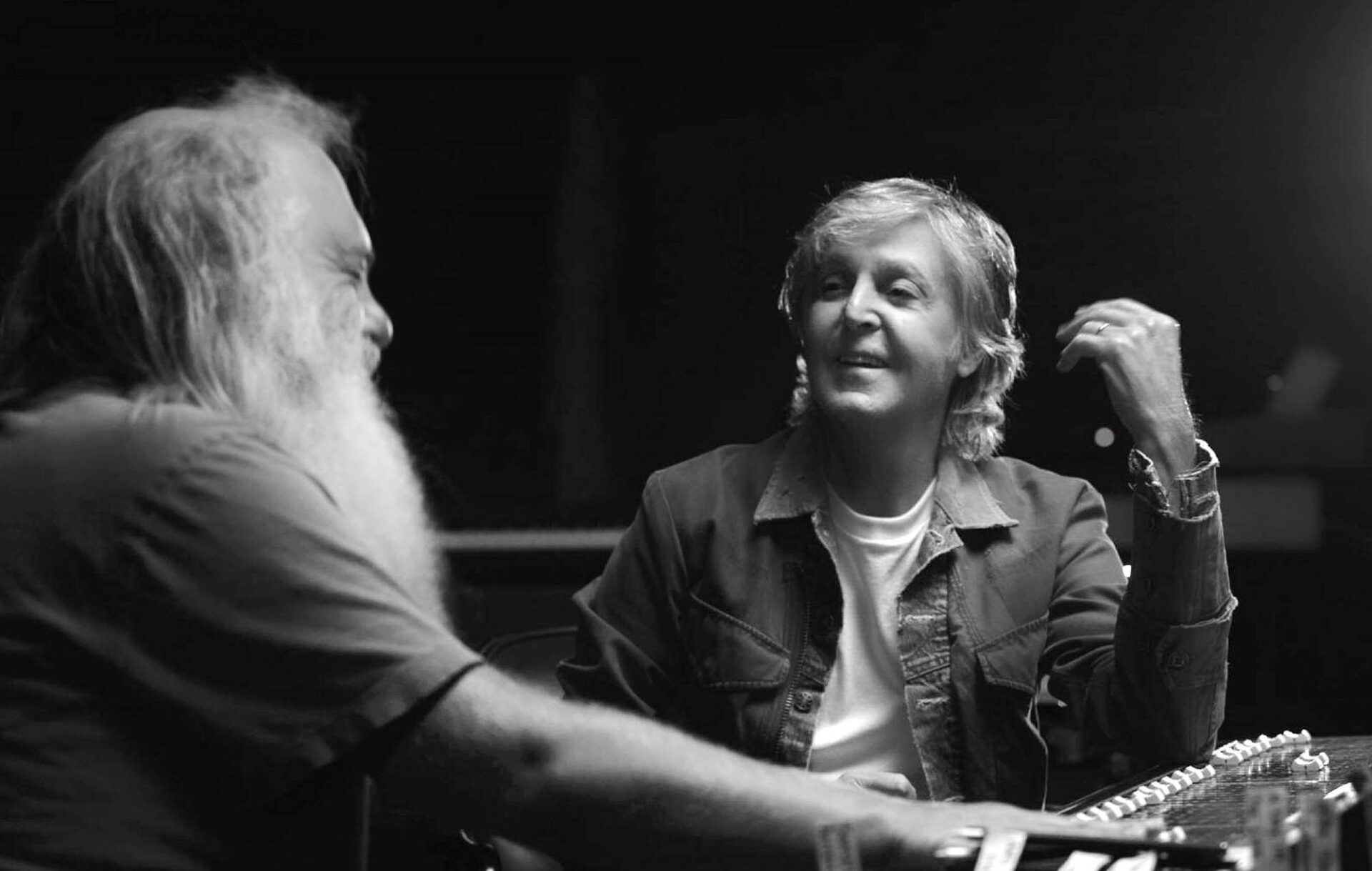 It’s hard to imagine that the Beatles were a recording band for only an eight-year period, but in that time, they wrote songs that would stand the test of time, no other band in history has had more impact on the music industry or modern pop culture. It’s the kind of stuff that makes you wonder, “how is this possible? What’s the secret” Well, don’t expect Paul McCartney to know the answer; it’s a secret even he doesn’t know. There is something quite beautiful in the fact that at heart, he’s just like the rest of us, a Beatles fan who loves the magical feeling that those songs bring.