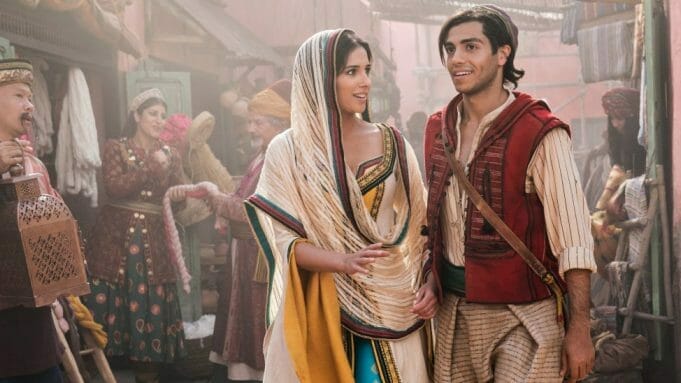 Back in February 2020, Disney announced they were working on a sequel to 2019’s live-action version of Aladdin. The film was said to be a theatrical release and not a Disney Plus title.

At that time, John Gatins (Flight, Real Steel) and Andrea Berloff (Straight Outta Compton, The Kitchen) were attached to write the script and Dan Lin and Jonathan Eirich would return as producers while Ryan Halprin will serve as executive producer. There were no reports on whether Guy Ritchie would return to direct the film or if stars Will Smith, Mena Massoud and Naomi Scott would reprise their roles as well.

Mena Massoud who played Aladdin in the live action film recently gave an interview with Variety and provided an update on the sequel.  You can see what the actor said below:

Mena, do you have any updates on the “Aladdin” sequel?

Massoud: I don’t know that there is movement. There was a change with the writers, and they are working on a brand new draft. That’s all I know. If “Aladdin 2” happens, that’s fantastic. I think it should happen. Dan Lin and Jonathan Eirich of Rideback Productions, who did the “Lego” movies and “Aladdin,” want to make sure they get this right. So if we do see “Aladdin 2,” it’s not going to be based off the animated version at all. This is going to be a brand new original story.

An Aladdin spinoff for Disney+ based on the character Prince Anders from 2019’s live-action Aladdin was also said to be in development for Disney+.  Billy Magnussen was confirmed to reprise his role in the film.  Earlier this year, Magnussen said the spinoff was still in active development with rewrites underway but nothing has been reported since then.

You can stream the animated and live-action version of Aladdin on Disney+ now.