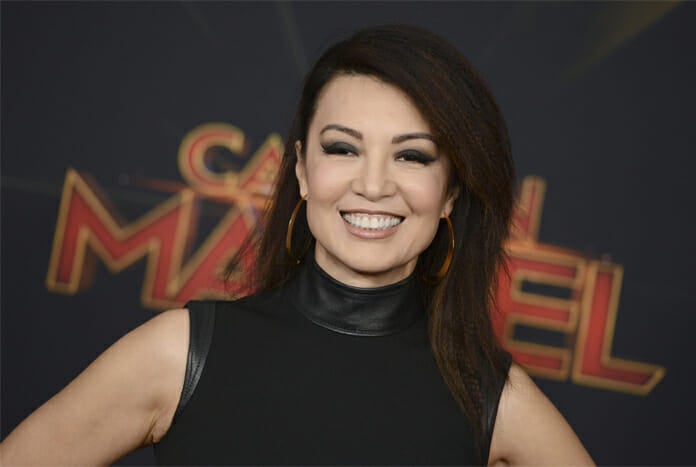 A new rumor surrounding the The Mandalorian suggests that actress Ming-Na Wen will return for season two of the Star Wars series. The Agents of SHIELD star portrayed the character Fennec Shand in the fifth episode of the first season.

Viewers last saw Shand when she was left for dead in the Tatooine desert. She was then found by an unknown caped figure who seemingly offered her salvation. Giancarlo Esposito’s character, Moff Gideon made his debut shortly after which resulted in fans speculating that he was the one to save Shand.  Other theories suggest the figure could be the famous Star Wars: The Clone Wars bounty hunter Cad Bane or even Boba Fett, despite his apparent death in Star Wars: Return of the Jedi.

Also returning for season two are Pedro Pascal as The Mandalorian, Gina Carano as Cara Dune, Carl Weathers as Greef Karga, Emily Swallow as the Armorer, Giancarlo Esposito as Moff Gideon and Bill Burr as Mayfield. Newcomers to the series include WWE superstar Sasha Banks in an unknown role, Rosario Dawson as Jedi Ahsoka Tano and Michael Biehn as a bounty bunter from Mando’s past.