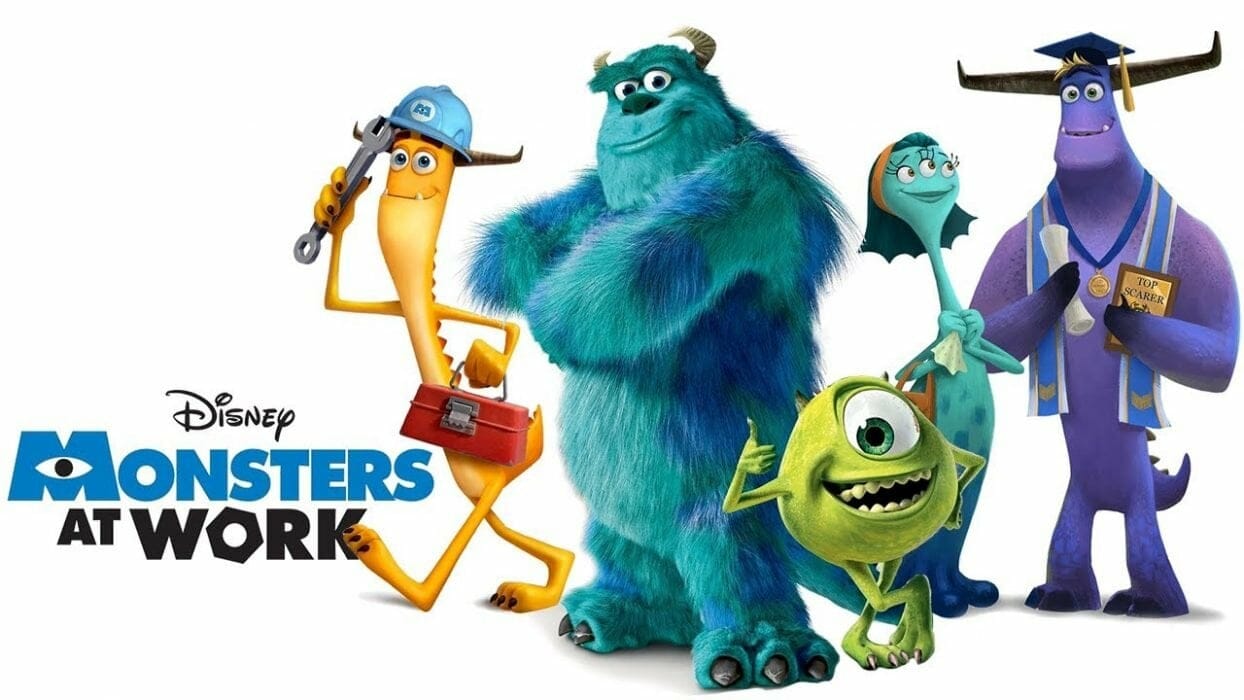 Monsters At Work was one of the original series that was announced even before Disney+ launched back in November 2019. The series will be a sequel to very popular Pixar movie, “Monsters Inc”, and is being made by Disney Television Animation.

What Is “Monsters At Work” About?

How many episodes of Monsters At Work will be released?

Stephen Anderson, supervising director for the upcoming series, confirmed there will be 10 episodes. The comments were made back in February 2020 so do keep in mind that plans may have changed.

When will Monsters At Work be released?

Disney has announced that ‘Monsters At Work’ will be coming to Disney+ on Friday, July 02, 2021.

‘Monsters At Work’ will follow the usual Disney+ release schedule with new episodes dropping at midnight PT time, 8 AM in the UK and 9 AM in most other European countries. Disney+ Originals will always be released at 12:01 Pacific Time, -8 hours behind GMT.

Don’t be too concerned if you don’t see a new episode appear immediately, it can often take a few minutes for it to be available for everyone.

Who Is Starring In “Monsters At Work”

Mindy Kaling has joined the cast of Disney+’s highly anticipated animated series “Monsters At Work.” Kaling will voice the role of Val Little, an enthusiastic member of the Monsters, Inc. Facilities Team (aka “MIFT”). Additionally, Bonnie Hunt will reprise her role as Ms. Flint, who was formerly in charge of training new Scarers at Monsters, Inc., but will now manage the department responsible for recruiting and training the funniest monsters to become Jokesters.

In addition to Crystal and Goodman, returning cast members from the original movies include John Ratzenberger as Yeti and Tylor’s dad, Bernard; Jennifer Tilly as Celia Mae; and Bob Peterson as Roze, twin sister to his original Monsters, Inc. character, Roz. Voicing additional characters are Stephen Stanton as Smitty and Needleman, the bumbling custodial team at Monsters, Inc., and Aisha Tyler as Tylor’s mom, Millie Tuskmon.

You can read more about the new characters joining the series right here.

At the moment, Disney hasn’t released a trailer for the new Pixar series. We can expect Disney to start pushing the series about 4-8 weeks before it debuts. We’ll update this article when a trailer is released.