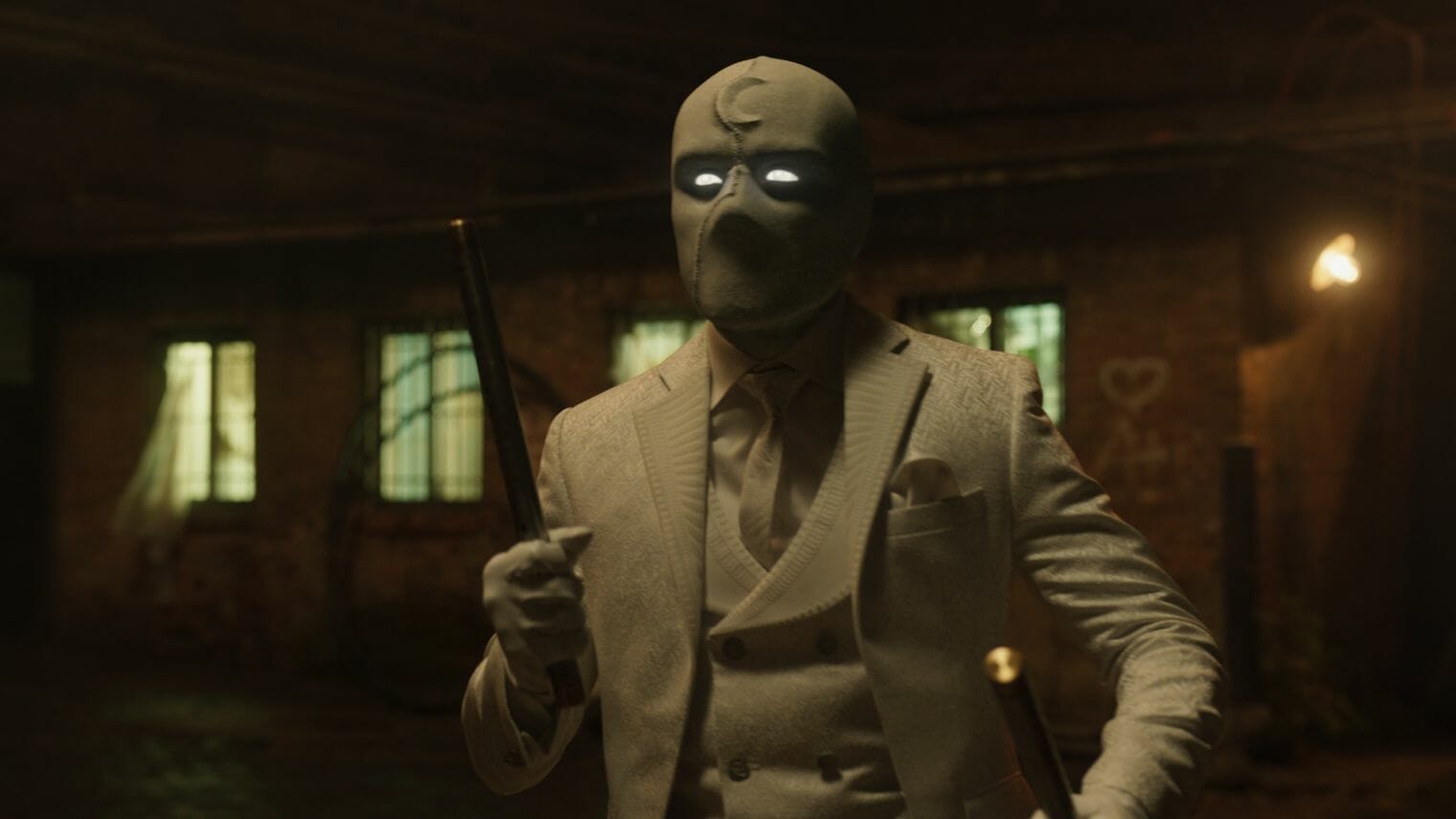 Much like its premiere, Moon Knight’s second episode was pretty vague about what exactly the story is, but the series is slowly revealing more each week. Episode two, “Summon the Suit,” tells us more about the voices in Steven Grant’s (Oscar Isaac) head. As if having Marc Spector talking each time Steven passes a mirror wasn’t enough, he also has to put up with Konshu’s booming voice each time he finds himself in danger. But that’s all par for the course when you’ve made a deal with the god of the moon to carry out tasks on his behalf; the silver lining, though, is that when needed, a white superhero costume magically appears so Marc can carry out vigilante business relatively quickly.

Confused? How about we throw something else into the mix, not in the form of another personality, but another Moon Knight suit. This week’s episode shows Steven resisting Marc’s presence as much as possible, but when he tries to summon his alter-ego’s powerful case himself, what he manages to summon is an entirely different suit altogether and gives the episode one of its best comedic moments, even if it does change things up from the version of the suit comic readers will be familiar with.

As far as Marvel characters go, Moon Knight is a complicated one. Over the years, the character has used various outfits and personas as the comic passed from one creative team to another. This gives this new Disney+ live-action production a lot of source material to pull from, and an easy way to acknowledge Moon Knight’s vast history without actually untangling it is just to wink at it and move on. 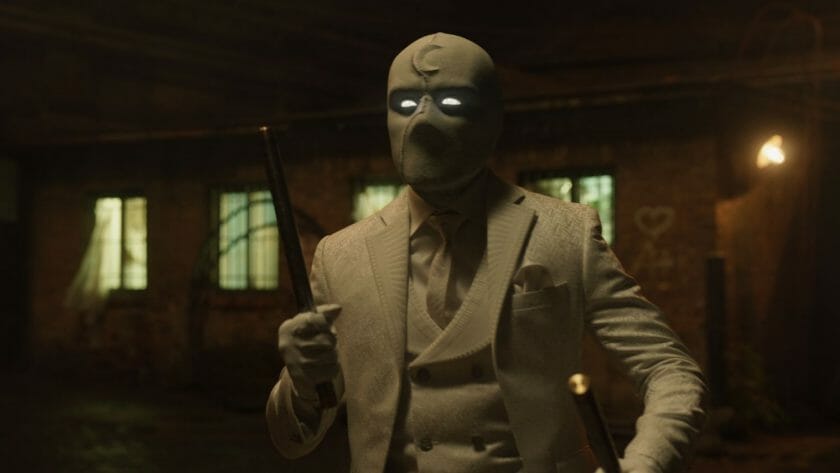 The new suit seen in episode 2 is used as a visual gag: Steven Grant has never seen Marc Spector’s suit when fighting the supernatural monsters Arthur Harrow (Ethan Hawke) sends after him. So he manages to conjure up an entirely different kind of suit, the three-piece, formal kind with a tie and smart shoes; in keeping with Moon Knights brand identity though, it is all white with a hood.

Moon Knight’s three-piece suit look first appeared in 2011’s Secret Avengers #19 by Warren Ellis and Michael Lark. Secret Avengers under Ellis was a spy story, and featured Moon Knight on a Bond-style mission, which meant he wore the more toned down suit, complete with a mask when needing to remain anonymous. It was a fun, silly idea that didn’t go anywhere beyond that particular book. Flash forward to 2014, and Ellis was put in charge of revamping Moon Knight’s solo comic with artist Declan Shalvey. Across the six issues, the character was updated entirely, giving him the mission statement “The protector of those who travel at night,” Moon Knight’s identity manifested differently. This is where the three-piece suit returned as the “Mr Knight” persona that Moon Knight adopts when acting as protector of night travellers. It is also the identity he uses when he has to talk to the police.

As far as action comics go, Moon Knight #5 is a masterpiece. During a raid that is depicted across 20 pages, Moon Knight is seen with his sleeves up and batons out, a look which this week’s episode directly references. The comic shows an incredible fight scene; with Mr Knight taking on a whole crowd of enemies, a stark contrast to what we get in “Summon the Suit” which is far more comedic. Steven is pretty incompetent at fighting and eventually gives in and lets Marc take over in the proper Moon Knight suit. Hopefully we get to see more of the Mr Knight persona, as Steven and Marc start to work together throughout the series.

The audience is still as in the dark about what’s going on as Steven is; with a few more pieces of the puzzle added, we’re now starting to get a clearer picture of what’s going on, but it’s becoming clear that Marc and Steven will need to work together, using multiple versions of the Moon Knight suit.