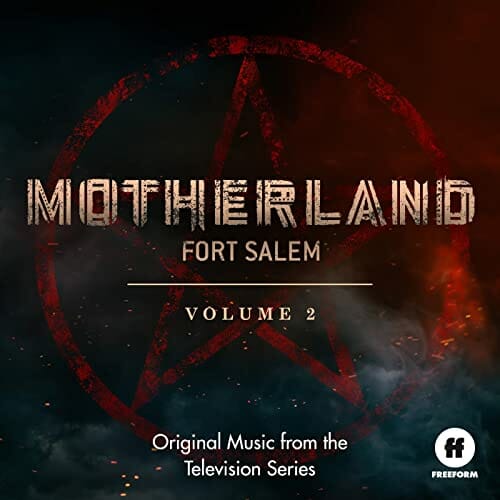 Hollywood Records has released the new soundtrack album for Freeform’s Original series “Motherland: Fort Salem.” The album features selections of the original score from the show’s second and third seasons composed by Brandon Roberts.  Roberts has previously worked on Chaos Walking, The Woman in Black 2: Angel of Death, Underwater, Fear Street Part 2: 1978, The Twilight Zone, and TURN: Washington’s Spies. Also included are lead actress Taylor Hickson’s covers of Peter Gabriel’s The Book of Love and The Velvet Underground’s I’ll Be Your Mirror.

Season 3 of “Motherland: Fort Salem” airs on Freeform in the US and streams the next day on Hulu. The third season will begin streaming on Disney+ in Canada on Wednesday, August 24, 2022, with the first two episodes; new episodes will then release weekly.

You can view the Season 3 trailer below:

The previous two seasons of “Motherland: Fort Salem” are available to stream on Hulu in the US and on Disney+ internationally. A Disney+ release date for Season 3 in other regions has not been announced yet.