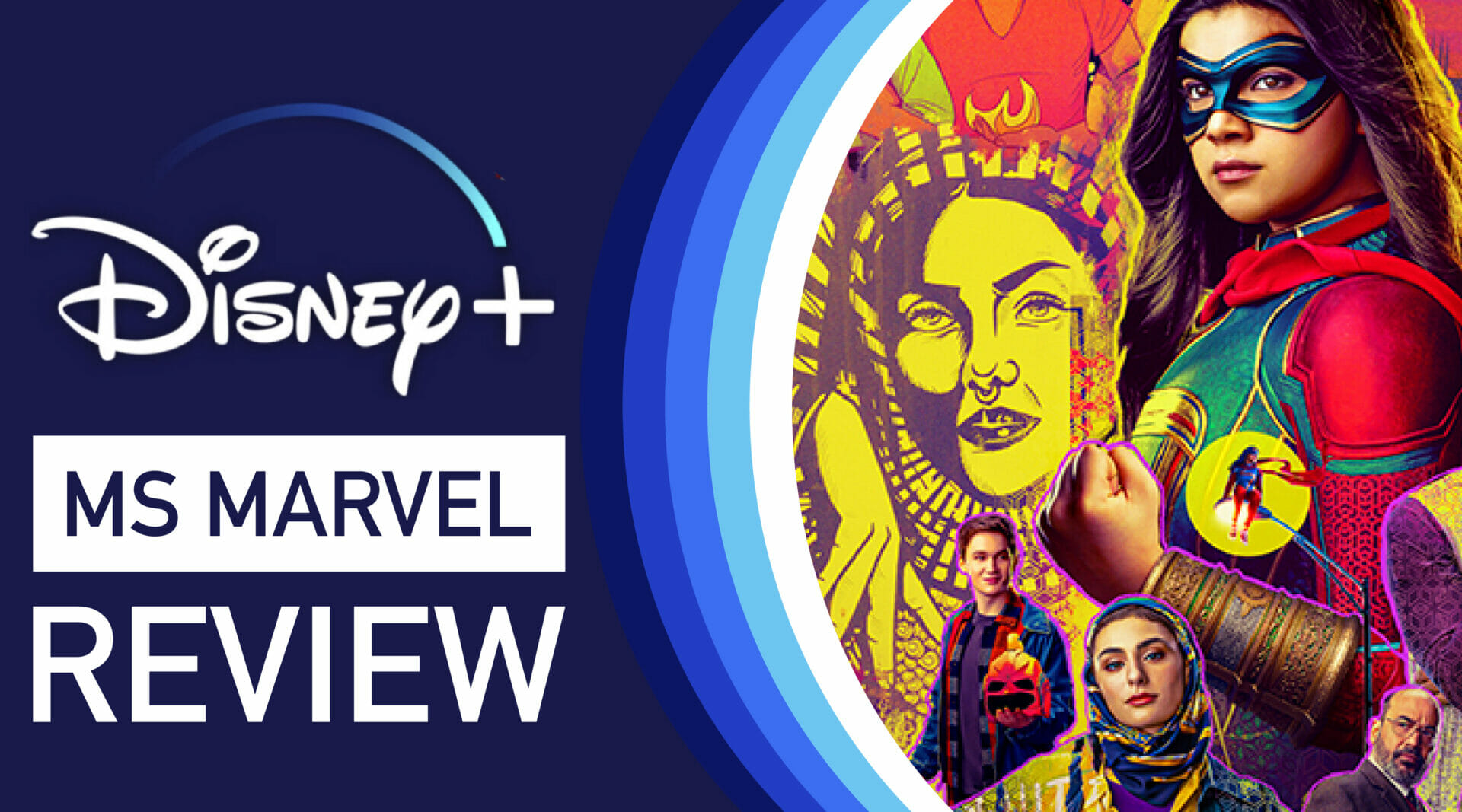 As someone who has been obsessed with comics for almost my whole life, I always feel a little nervous when a favourite title gets a film or television adaptation. Adapting stories from books or comics to the screen is a particular art form; perfection is understandably not possible, and there is always a fine line. However, it can be easy for creators to come out on top if they show an apparent love for the source material and an accurate understanding of its characters. What can make or break an adaptation comes down to which parts of the original story are left out and if fans accept those changes.

Before we go on, this is a spoiler-free review of Ms Marvel. If you haven’t seen the trailers and wish to go into the series blind, bookmark this post and return to it once you’ve watched its first two episodes.

The first two episodes available for review of Ms. Marvel stand on the previously mentioned fine line. Marvel Studios’ latest six-episode Disney+ series tells the story of Kamala Khan (Iman Vellani), a Pakistani-American teenager who discovers she has powers and has to learn how to use them whilst keeping them a secret from her family and most of her friends. Kamala was first introduced to the Marvel Comics universe in 2013 and has had many solo runs and team appearances since 2014. Issue one of her solo run had seven reprints and stayed top of digital comic sales charts for a significant amount of time. To put that into simple terms, Kamala Khan and her story resonated with many people, and it’s that success that has led to her character being pulled into the Marvel Cinematic Universe. Marvel’s upcoming projects have more women and people of colour in the spotlight, and Ms. Marvel undoubtedly leads the way for this new wave of diversity in the franchise. 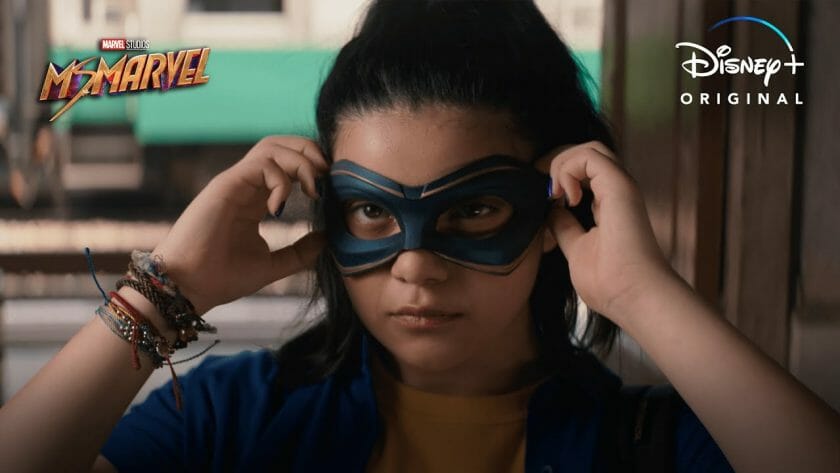 I want to put it out there right now that Ms Marvel will probably be the very best of Marvel Studios’ Disney+ series so far. Iman Vellani shines as Kamala, and it is without question that she will be able to jump to the big screen when the Captain Marvel sequel The Marvels comes out next year. I can’t explain just how good she is, except to say that she embodies the true spirit of Kamala Khan. Vellani’s real-life status as a Marvel superfan enhances her performance because Kamala is the same way, but her performance doesn’t just rest on that. She excels in hitting every single emotional note with ease. 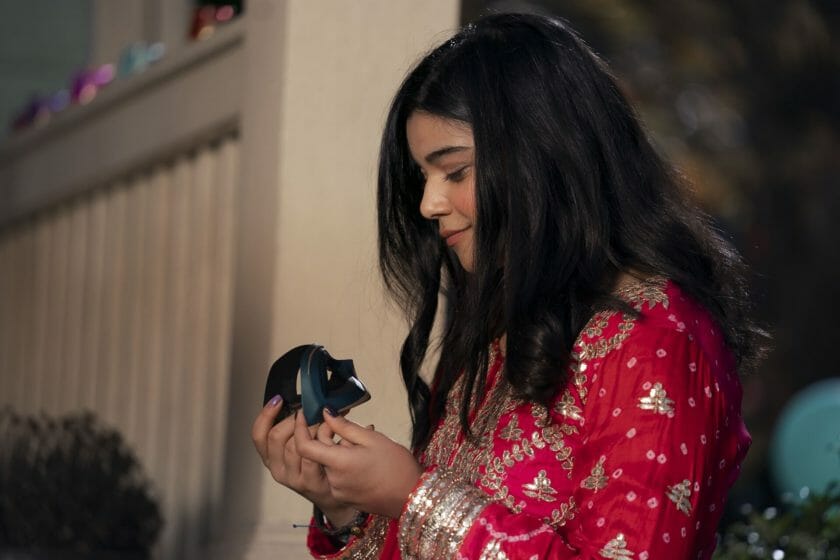 While Ms. Marvel would be nothing without Vellani’s glittering show of talent, it would also be lost without how art is used in the series. I mean it whole-heartedly when I say that this series is the best comic book adaptation I’ve seen, based on how it looks and feels. While Kamala writes Avengers fanfiction in the comics, her fandom work is expanded into her being an artist. Her drawings are constantly integrated into the show’s visuals, sometimes becoming animated to add flair. A lot of street art is seen as well, often supplemented by the same kind of animation we see accompanying Kamala’s art. The lighting work and an impeccable script make for a highly well-rounded and lighthearted coming-of-age story. Anyone who has ever previously complained about Marvel movies looking like muddy concrete will be greeted here with a vibrant show that isn’t afraid to use colour to its advantage. 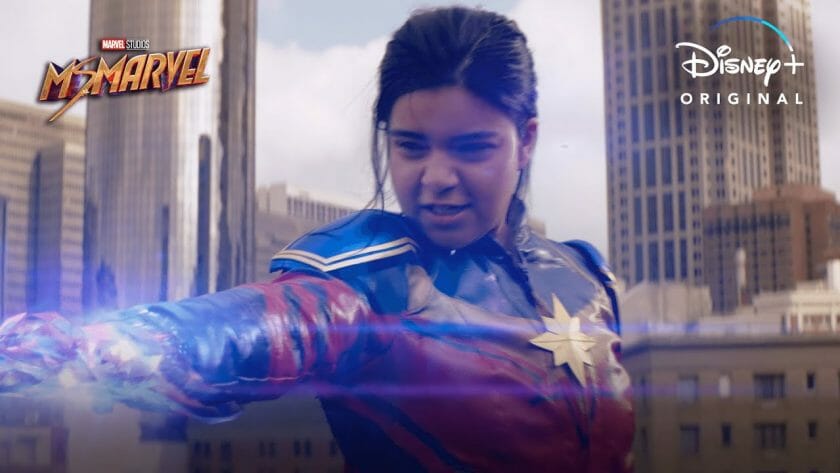 None of the great things about the show will mask the questions comic fans have about its adaptation. While it does an incredible job of adapting Kamala’s characterisation and her relationships with friends and family, there are fundamental changes to the origins of her powers and how they manifest themselves that deviate from the source material. While she is an Inhuman in the comics, it is easy to understand why the MCU doesn’t acknowledge that group outside of a brief cameo in Multiverse of Madness. In the show, Kamala’s powers are more closely tied to her family, which adds a beautiful depth to her relationship with her mother outside of their pre-established dynamic. Instead of being a shapeshifter and polymorph (being able to shrink and grow any part of her body), Kamala’s powers manifest as shiny, purple-blue constructs. Because of this, some of the depth we gain in her character in the comics is lost because we don’t see her struggle with learning to accept her powers for what they are despite how they look.

Kamal’s powerset is intentionally weird-looking in the comics to parallel teenagers’ everyday struggles as they grow into adults. Losing that parallel is essential to her character in the comics and has the potential to take from the story. However, anything missed by her change in powers is more than made up for in Kamala’s relationships with her family and friends. 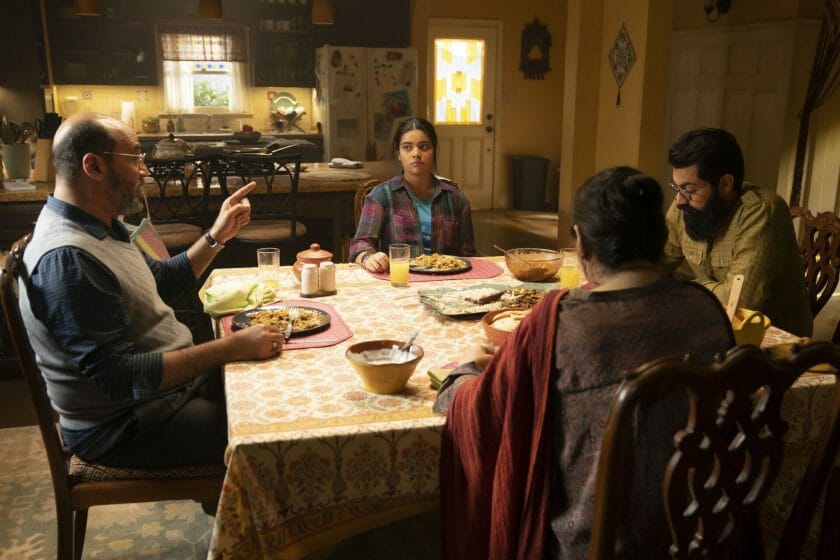 As I said earlier, Ms Marvel is walking a fine line regarding how the series has changed things. Nakia, one of Kamala’s best friends, has been given a different backstory and a significantly different wardrobe from her portrayal in the comics. Yasmeen Fletcher’s casting in the role has been described as controversial as a Christain actor playing a Muslim character. This, along with the reported changes to Kamala’s powers, has led to some fans protesting the MCU’s adjustments. Regardless of how the changes to Nakia’s story end up, the most critical perspective to listen to about the implications is that of the people Marvel is trying to represent on screen. It is not hard to recognise that their track record with diversity of any kind is mediocre at best. While I am not qualified to talk about how well they specifically handle religion in Ms Marvel, it isn’t hard to find someone who is, and their voices should be amplified.

Ultimately, Ms Marvel breathes a new life into the MCU that hasn’t been felt since Shang-Chi was released. Aside from its adaptation from page to screen, which I think works incredibly well, this show has the potential to be well balanced and straightforward in a way that none of Marvel’s Disney+ projects has managed to accomplish so far. While some comic fans may be put off by the changes made to Kamala’s story, she is still Kamala at the end of the day. MCU fans will undoubtedly love the series for Iman Vellani’s performance and the look and feel the production team worked incredibly hard to create. Ms. Marvel might even push people to dive into the comics that got us here in the first place. They may contain slight differences, but Kamala Khan will still be as loveable and relatable in whatever medium she’s featured in.