According to Disney+, “Ms. Marvel” will be rated TV-PG.  So far, Every MCU movie has been rated PG-13 (Parents Strongly Cautioned), and every Marvel Studios Disney+ Original series has been rated TV-14 (a television-equivalent PG-13 rating).  Marvel series that were formerly on Netflix including Jessica Jones and Daredevil, have a Mature Rating on Disney+. 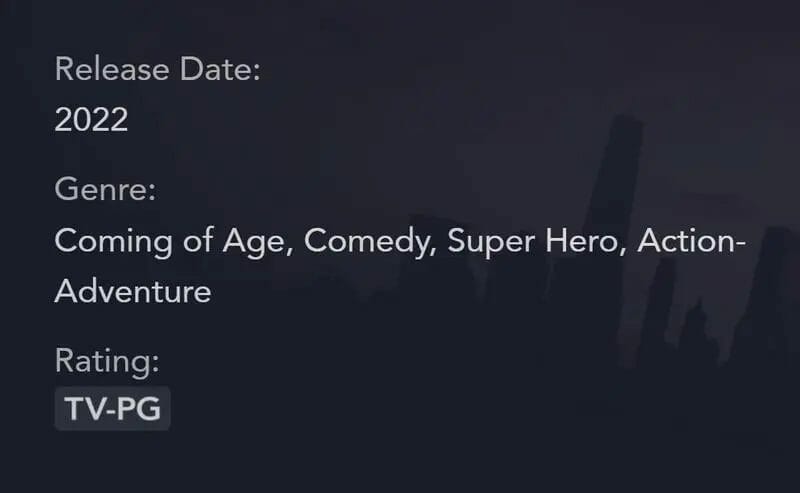 The United States’ TV-PG rating cautions against some language and violence, per the Parental TV guidelines.  You can see that definition below.

“This program contains material that parents may find unsuitable for younger children. Many parents may want to watch it with their younger children. The theme itself may call for parental guidance and/or the program may contain one or more of the following: some suggestive dialogue (D), infrequent coarse language (L), some sexual situations (S), or moderate violence (V).”

You can view the trailer for “Ms. Marvel” below: