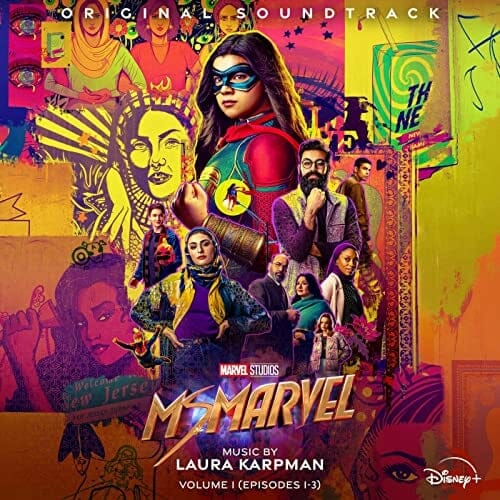 Hollywood Records will release the soundtrack album for Episodes 1-3 from the Disney+ Original series “Ms. Marvel” on Wednesday, June 22, 2022.  The series is currently streaming on Disney+.

The album features selections of the original music from the show’s first three episodes composed by Laura Karpman.  Karpman has previously worked on What If…?, Lovecraft Country, Paris Can Wait, Why We Hate, Set It Up, Black Nativity, and Underground.

Another soundtrack album featuring music from Episodes 4-6 will release on Wednesday, July 13, 2022.

Episodes 1 and 2 of “Ms. Marvel” are available to stream now on Disney+, with new episodes dropping every Wednesday through July 13, 2022.