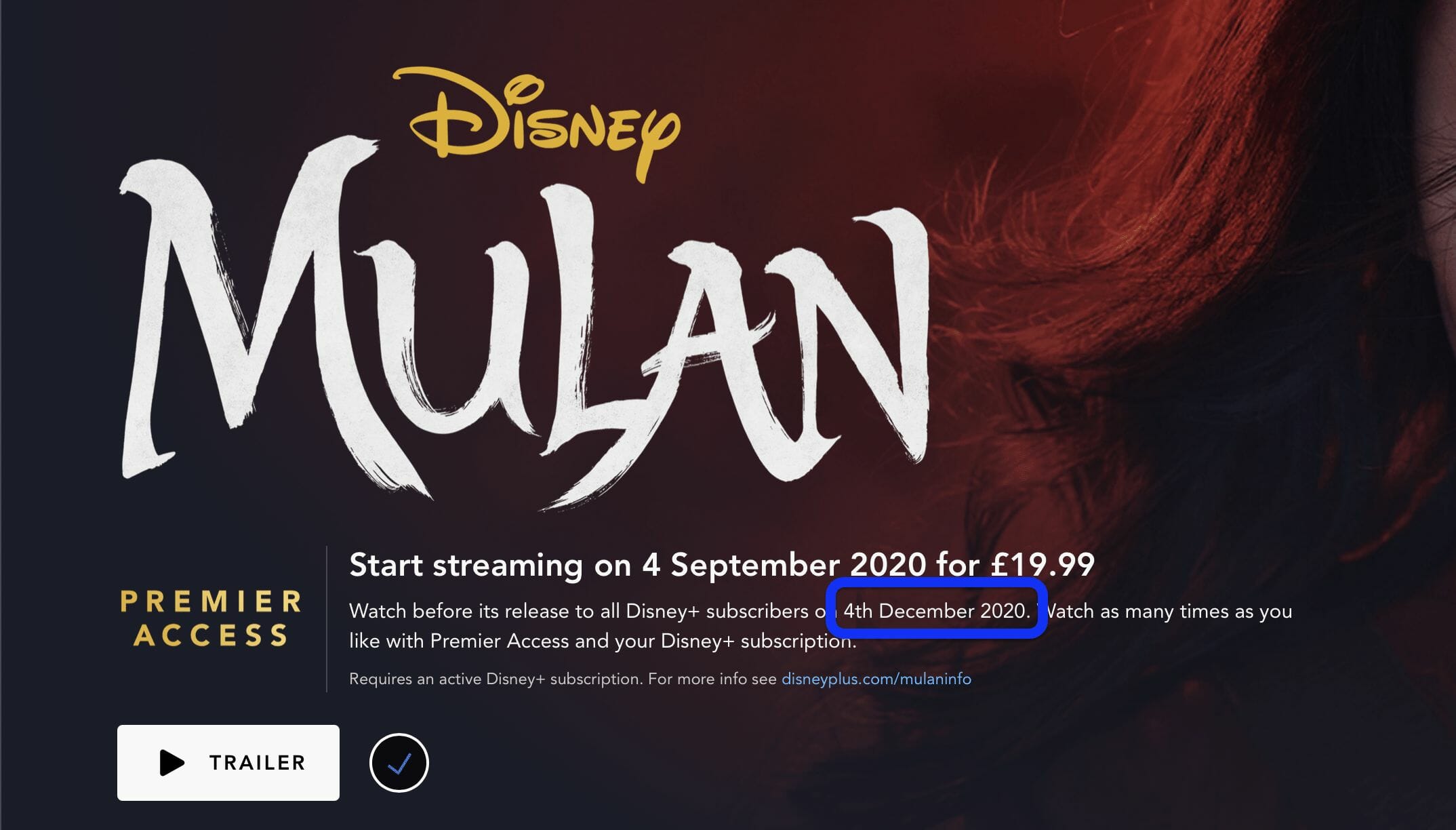 On the weekend, Disney+ led some users to believe that Mulan would be ‘free‘ (i.e. included in their subscription at no extra cost) on Friday 4 December 2020.  That was because of a screenshot like the one below:

The catch: this was only available to some users.  With its lack of accessibility, and no official confirmation from Disney themselves, it was chalked up as being a site error.  This was further cemented by the fact that Disney removed all traces of Mulan and December from their website.  Incidentally, the search for that led me to stumble across some other exciting things to come!

Now, the story is a little different.  Whilst as of 4pm UTC+1 on 2 September, there is no official confirmation from Disney, the information of 4 December 2020 has cropped up again.  This time, it was on my phone.

I’ve also got a screen recording; the file is too big to upload to this site but check out Twitter where you’ll see a compressed version of it.

Let me still note that there has been no official confirmation by Disney as to this date being accurate.  And, as we did with the Mulan pricing, let’s also compare the information given in these screenshots.

The first of these has the date as “December 4, 2020” whereas the one on my phone has “4th December 2020”.  There is the matter of the date format.  In the first one, the date follows mm/dd/yyyy (more commonly used in the US), whereas the second one (today’s) has the UK’s format of dd/mm/yyyy.  It is interesting to note that in the text above, it says “4 September”, no ordinal indicators after the number 4.  However, on the Mulan banner on the Disney+ homepage, there is an ordinal indicator as it’s stated to be “4th September”.

Again, I will re-iterate: there is no official confirmation by Disney as to this date.  Whether they’ll announce this at some point in the near future remains to be seen, but this recurrence definitely suggests that the information is correct.  Who knows, by 5pm UTC+1, Disney could’ve made the announcement which instantly makes this an irrelevant article.