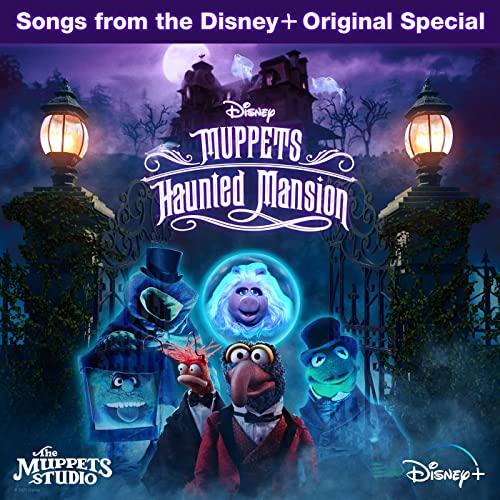 Walt Disney Records has released the soundtrack album for the “Muppets Haunted Mansion” Halloween special which premiered October 8th as a part of Disney+’s Hallowstream celebration.    The soundtrack is available on a variety of different platforms including Spotify and Amazon.

The EP features the original songs from the special written by Ed Mitchell & Steve Morrell and performed by cast members Darren Criss, The Muppets feat. Will Arnett and  Taraji P. Henson & Pepé the King Prawn, as well as a cover of Dancing in the Moonlight.

In “Muppets Haunted Mansion” the Great Gonzo – world famous daredevil artiste, has done it all, seen it all, and survived it all. But on Halloween night, the fearless Gonzo takes on the greatest challenge of his life by spending one very daring night in the most grim grinning place on Earth …The Haunted Mansion.

You can also watch the trailer for the special below: