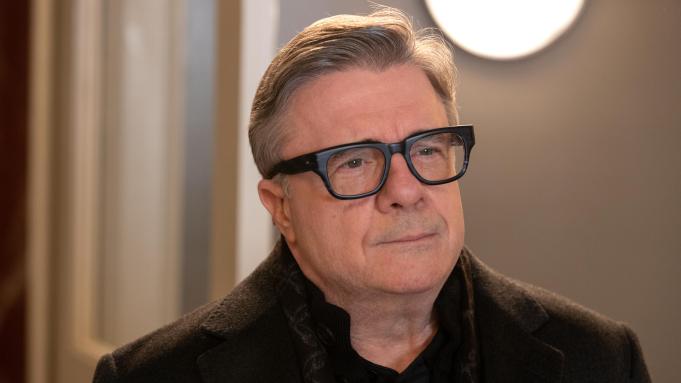 Nathan Lane, who played Teddy Dimas in Season 1 of the series recently gave an interview with Deadline during a TCA panel about the possibility of his character and Dimas’ son Theo (James Caverly) returning in the second season. “We don’t know,” Lane said. “We’re not allowed to say under pain of death. Send those cards and letters that you want to see more of the Dimas’. In fact, a Dimas spinoff would really be spectacular.”

Lane also added, “I had a great time, in particular, working with James. He’s a really gifted young actor and he really knocked it out of the park with his performance. Yes, I would be thrilled to go back and, you know, when the Dimas’ seek revenge.”

Last week, it was announced that Cara Delevingne had joined the cast for the second season.  Delevingne will have a recurring role as Alice, ”a sophisticated art world insider who becomes enmeshed in the mystery.“