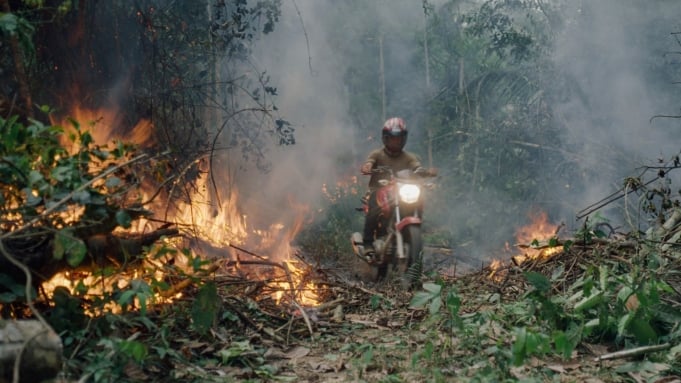 National Geographic has acquired the documentary film “The Territory” following its premiere at the virtual Sundance Film Festival.  The film follows the battle between indigenous people and illegal loggers over the Amazon rainforest.  Shot over three years, the film includes footage taken by the native activists themselves as they seek to expose the truth.

Carolyn Bernstein, executive vice president of Global Scripted Content and Documentary Films for National Geographic said in a statement, “The Territory is an urgent story of courage and resilience, beautifully told by first-time feature director Alex Pritz. We are honored to bring the story of the Uru-eu-wau-wau people to the world and help further the conversation and raise awareness around the endangered Amazon rainforest and its indigenous people.  We are equally excited to be working with our longtime friend Sigrid Dyekjær whose talent for shepherding stories of impact and advocacy is unprecedented and with our frequent collaborator Darren Aronofsky, a visionary storyteller with an unmatched eye for breakthrough talent.”

National Geographic will release the documentary later this year in theaters before a streaming release on Disney platforms including Disney+, Hulu and Star+.