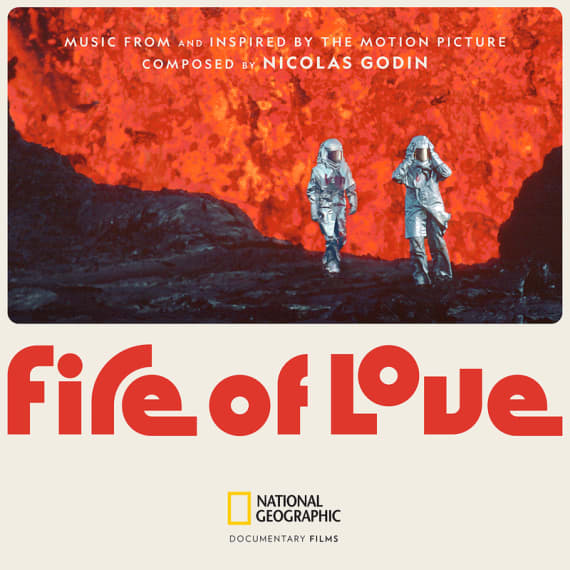 Hollywood Records will release the soundtrack album for National Geographic’s “Fire of Love” on Friday, January 20, 2023.  The documentary film is available to stream now on Disney+ in the United States, the United Kingdom, Canada, and Australia.

The album features music from and inspired by the film composed by Nicolas Godin.  Godin has previously worked on A Very Secret Service, and Taj Mahal.