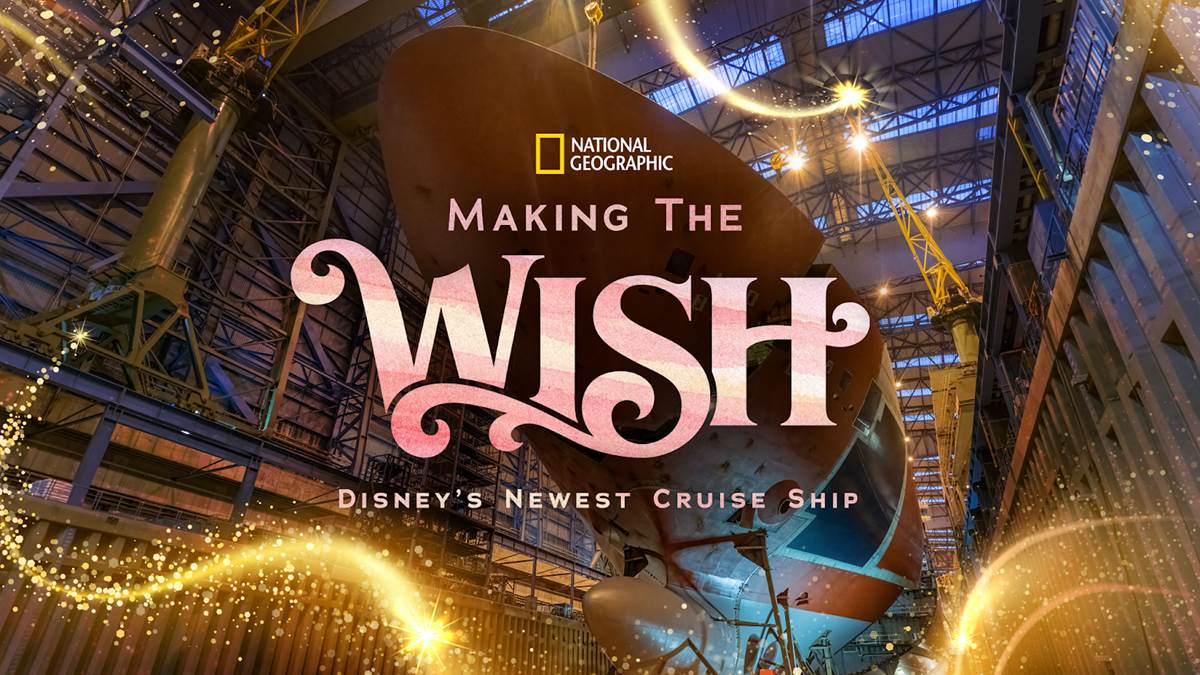 Disney has announced that National Geographic’s “Making the Wish: Disney’s Newest Cruise Ship” will release on Disney+ in the United States on Friday, February 17, 2023.  It was previously believed to release on March 3rd but was included in Disney+’s February line-up for the United States.

The special originally premiered on the National Geographic Channel on Christmas Eve. This 90-minute special follows the process of designing, constructing and launching the Disney Wish through the eyes of the incredible Disney Cruise Line and Walt Disney Imagineering teams that brought the ship to life.

From the complexity of the design to the thrill of each milestone, ship-building is truly awe-inspiring. So it’s no wonder that National Geographic decided to document the ship’s construction, and now, they’re sharing a behind-the-scenes look at this incredible process with the world!

At a two-centuries-old shipyard on Germany’s North Sea, a marvel of modern engineering is taking shape. Hundreds of construction workers, engineers, architects, designers, animators, composers, storytellers, cast and crew are transforming 144,000 tons of steel into perhaps the most enchanting vessel ever to take to sea. They’re making the Disney Wish a reality.