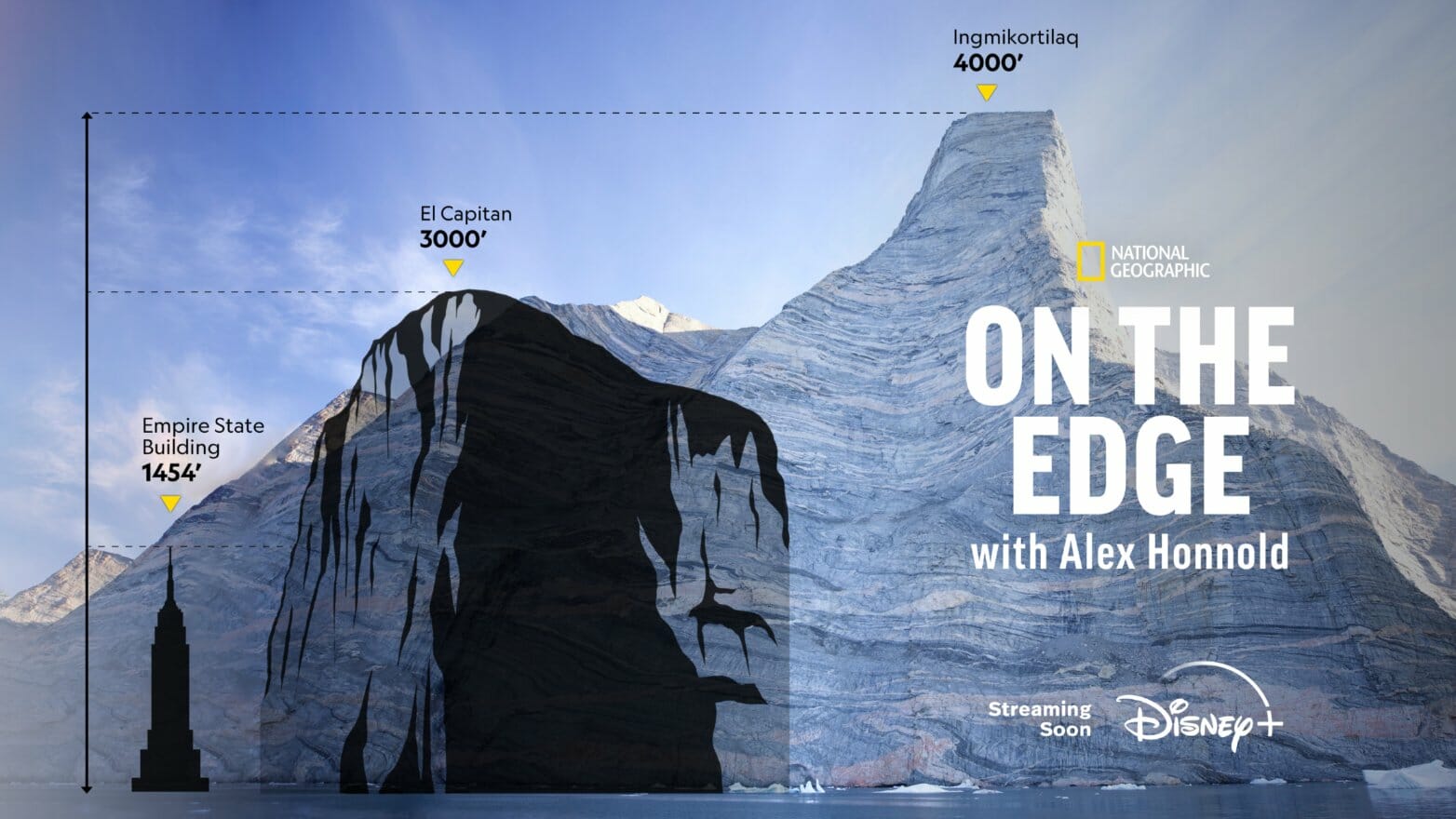 Disney has announced the three-part original docu-series from National Geographic, “On the Edge with Alex Honnold” will be coming soon to Disney+.  Produced by Plimsoll Productions, “On the Edge with Alex Honnold” sees Honnold embark on a lifelong dream – an epic climbing quest across the remotest and toughest walls and peaks of Greenland, a country on the frontline of the climate crisis.

Ingmikortilaq stands at 3,750 feet and dates back three million years, but that didn’t stop @AlexHonnold from climbing. 🧗‍♂️

Watch the first-known ascent of the rock in #OnTheEdge, streaming soon on #DisneyPlus. pic.twitter.com/lRZIWRnpCV

You can also check out the poster for the show below: 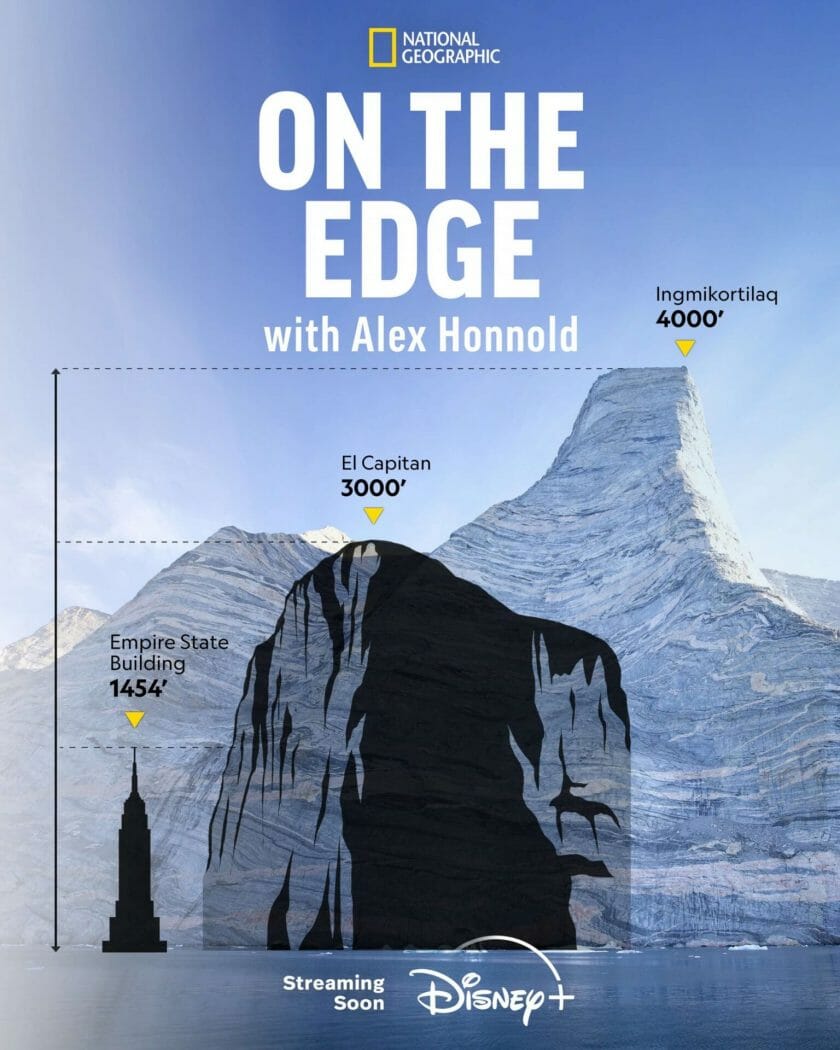 Honnold, subject of white-knuckled Oscar®-winning documentary, “Free Solo” (now available on Disney+), has always dreamt of exploring Greenland and summiting its most challenging and remote peaks. But this isn’t just adventure for adventure’s sake – along the way, as he attempts a once-in-a-lifetime climbing challenge that will push his physical limits, Honnold will meet the scientists working on the frontline of climate change and witness the impacts of the rapid melting for himself.

With an overabundance of virgin climbs, impossible walls, world class and deadly, Greenland is considered the world’s last great climbing frontier and has also become the crucible of the climate crisis. In 2020, 300 billion tons of Greenland ice disappeared, the biggest annual melt in recorded history.  As Honnold explores the impact that has had, he and his team will face intimidating icebergs, dangerous moulins (sinkholes on glaciers), difficult rockfalls and ice storms.

His ultimate test will come from Peak 3342, to-date unclimbed and one of the highest peaks in Greenland. Though there’s more exposed rock and less snow and ice, this is uncharted territory and Honnold will need to draw on all of his experience to reach the top safely.

Honnold is a professional adventure rock climber whose audacious free solo ascents of America’s biggest cliffs have made him one of the most recognized and followed climbers in the world. He is also the founder of the Honnold Foundation, an environmental nonprofit devoted to fighting climate change by promoting solar energy for a more equitable world. A gifted but hard-working athlete, Alex “No Big Deal” Honnold is known as much for his humble, self-effacing attitude as he is for the dizzyingly tall cliffs he has climbed without a rope to protect him if he falls. Honnold has been profiled by “60 Minutes”and The New York Times, featured on the cover of National Geographic, appeared in international television commercials and starred in numerous adventure films, including the Academy Award-winning documentary feature “Free Solo”, released by National Geographic Documentary Films, and the Emmy-nominated “Alone on the Wall.” He is also the co-host and co-creator of the chart-topping podcast Climbing Gold. Honnold is sponsored by The North Face, Black Diamond, La Sportiva, Ando and Stride Health and is a board member of El Cap Climbing Gyms. To this day, he maintains his simple “dirtbag-climber” existence, traveling the world in search of the next great vertical adventure.