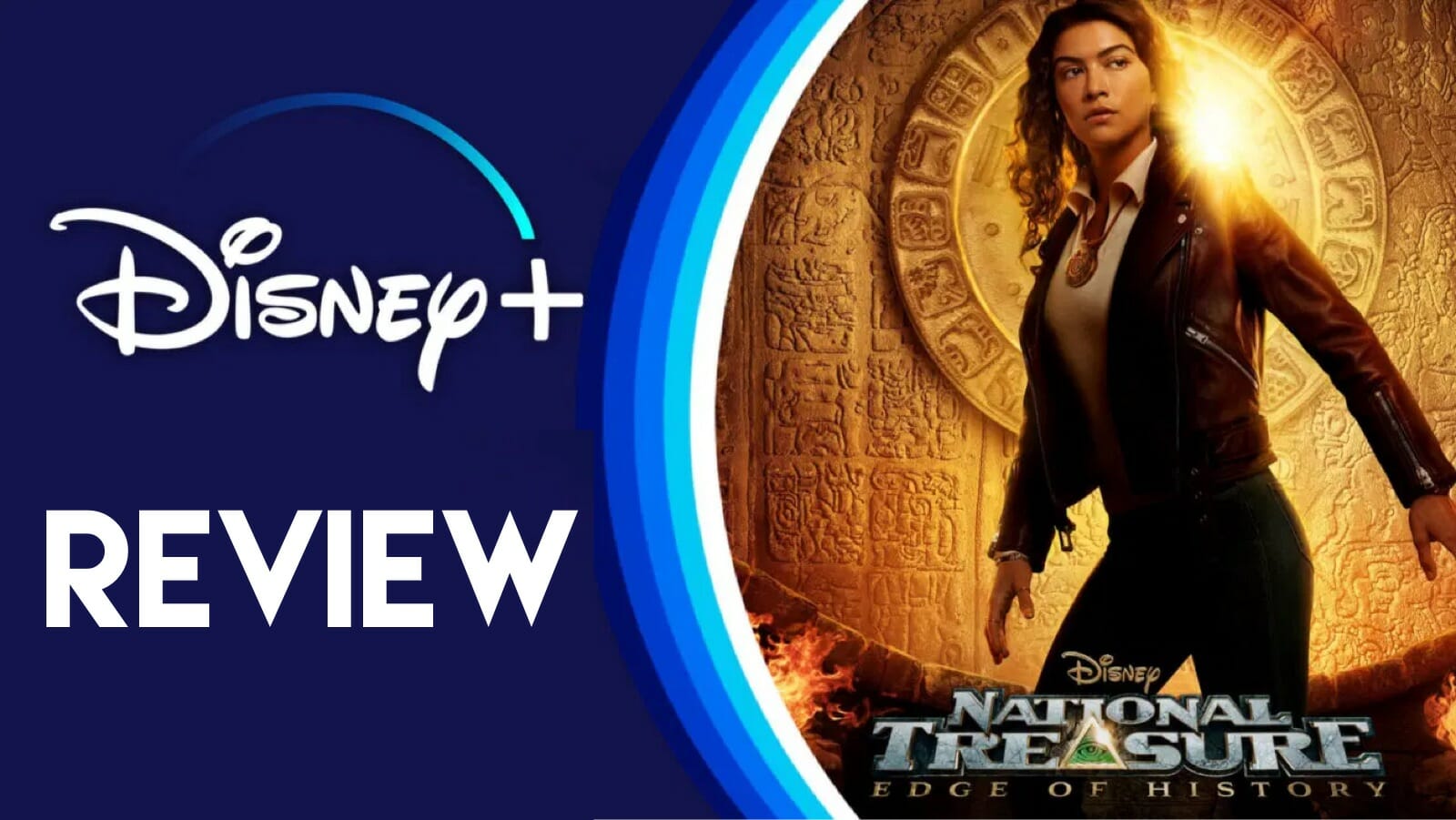 First, they stole the Declaration of Independence. Then they kidnapped the President of the United States. Now the National Treasure franchise is attempting to pull off another nearly impossible feat: making a good legacy sequel TV show.

Enter National Treasure: Edge of History. The Disney+ sequel series continues the story of the National Treasure franchise with a new cast of leading characters. Created by Cormac and Marianne Wibberley, the screenwriters of the first two films, Edge of History exists purely because of the love people have for the original movies. They were absolute classics for kids growing up in the early 2000s. Their popularity grew as we entered the internet age, and “I’m going to steal the Declaration of Independence” became a commonly shared meme. Bonkers plots, grand American conspiracies, and a stellar, insane Nick Cage performance wrap it all together. 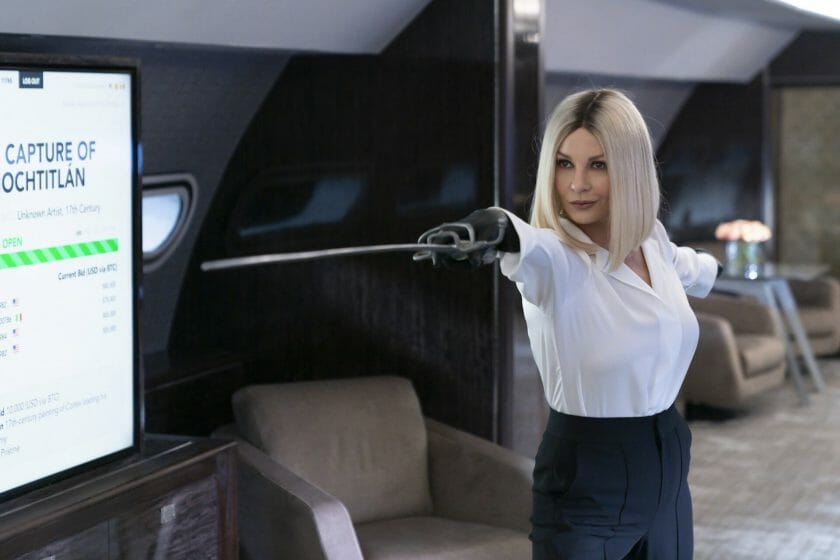 The National Treasure films were some of the last of a dying genre: the child-friendly adventure film. The movies were silly and mixed historical facts with elaborate conspiracy fiction. They somehow made the founding fathers seem cool long before Hamilton came along (everyone is more incredible when they belong to a secret society). But the films were also lightning in a bottle. Could a new series, not starring the beloved characters of the original, recreate that magic?

It’s hard to create a new protagonist, especially when following Nicolas Cage. But Lisette Olivera is a golden find. She stars as Jess Valenzuela, an aspiring cryptographer and devoted puzzle solver. The child of a treasure hunter’s father and Latin America historian mother, Jess, gets caught up in a hunt for a lost Aztec treasure. Olivera’s charisma makes Jess an endlessly watchable character. As a DACA recipient, Jess’s relationship to America as an immigrant offers a different angle on how someone comes to learn American history and culture. It’s the kind of update that justifies the show’s existence, offering a fresh take with an excellent rising star to lead her show. 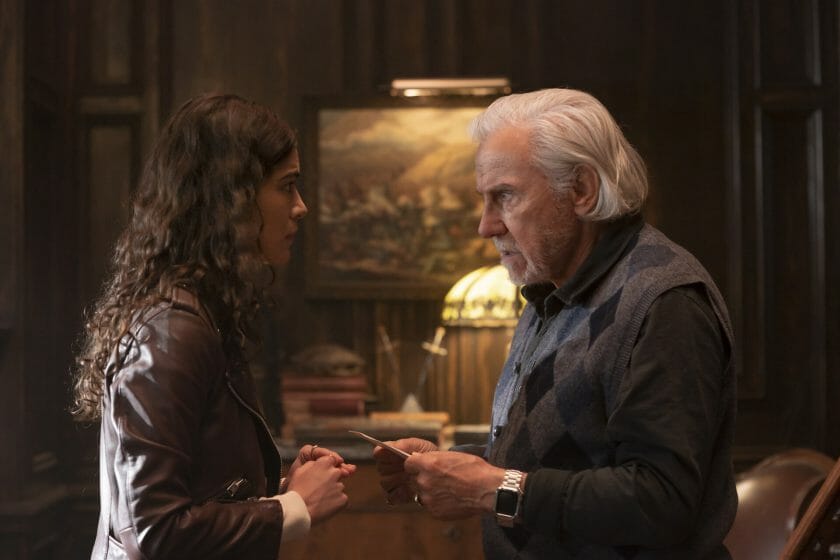 A few characters from the original films appear in Edge of History. Harvey Keitel is in the first episode, and his character is vital to the plot of the series. He doesn’t get much to do, but seeing him is admirable. However, Justin Bartha’s return as Riley Poole is the best (and rightly most anticipated) inclusion. An authentic relic from the “quirky side character” era of film, he’s a sight for sore eyes and an individual I’ve genuinely missed seeing. Sure, they also make him into a podcaster, but he’s there, and it’s excellent!

Yet National Treasure is about one thing only: elaborate quests with insane puzzles. The mystery of Edge of History is a lost golden treasure hidden by a secret society of women to protect it from the Conquistadors and any other invaders. Jess and her friends want to find the treasure to prove her parents were right about its existence. But they’re racing against billionaire Billie Pearce (Catherine Zeta-Jones), one of the only characters who understands how goofy a show like this should be. The conceit of the treasure is a solid excuse to explore more of American history outside the colonial era. Jess’s motivation makes sense, the elements of a good hunt are all there, and they’ve got a sinister antagonist. It’s going to be fun, right? 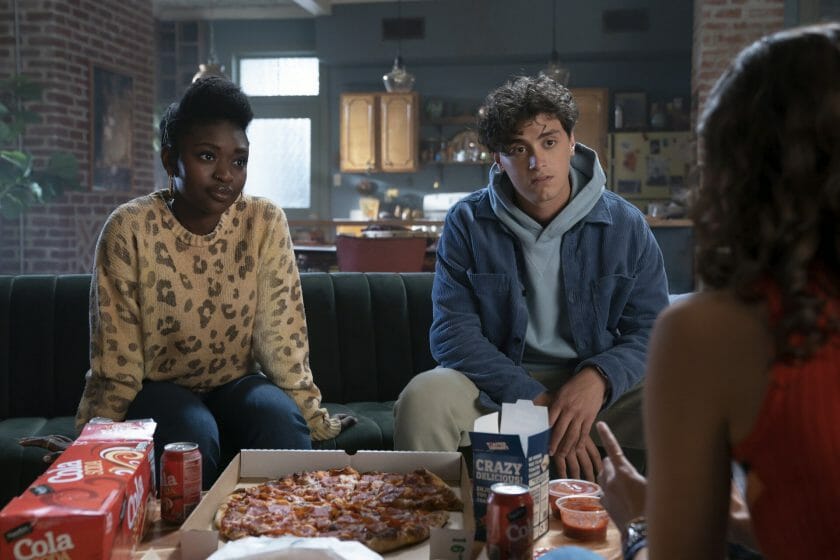 Somehow Edge of History loses track of the best thing about National Treasure. The lack of actual puzzle-solving and treasure-hunting in the show is shocking. The films had everyone trotting around America for cryptic riddles, yet Edge of History characters are often confined to twiddling their thumbs and developing boring romantic subplots. The show’s desire to expose real forgotten parts of history has the consequence of erasing a lot of the fun nonsense that made the original films so beloved. Edge of History often feels too embarrassed to embrace being ridiculous.

That brings us to Edge of History’s biggest problem: it shouldn’t have been a TV show. Edge of History has some of the biggest “this could’ve been a movie” energy of any show released this year. There isn’t enough material to fill each hour. Scenes meander to a flat end, characters repeat themselves repeatedly, and there aren’t enough puzzles for anyone to solve. It feels like it’s only a TV show because TV shows are the hot thing right now. A tight Edge of History movie could have been a fun Disney+ offering. Instead, it’s a TV show unsure of what it’s supposed to be hunting for. Is it supposed to build something original? Create an opening for a new section of the franchise. Just pad out Disney+’s catalogue with a still-beloved IP? 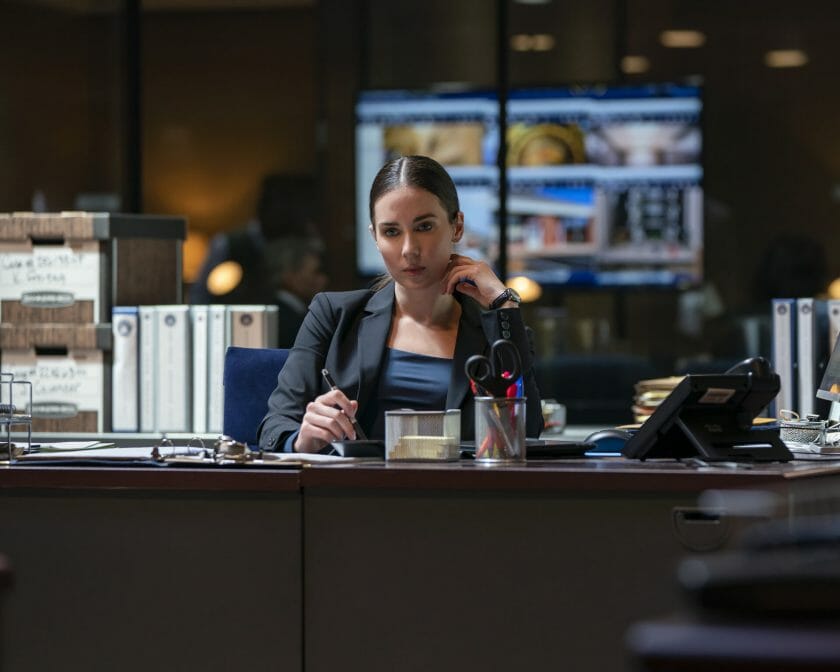 A fun treasure-hunting show with Olivera at the head could be the goofy breath of fresh air TV desperately needs. I gave this show every benefit of the doubt, I wanted to get on board but so far, I’m not hooked. I’m hoping that improves though, as the series moves on.