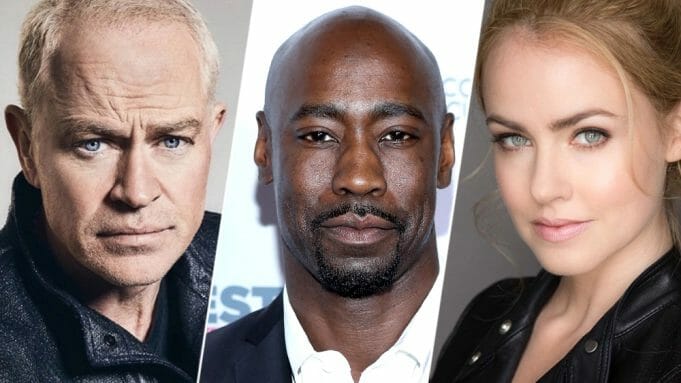 Neal McDonough (The Flash), D.B. Woodside (Lucifer) and Amanda Schull (Suits) have joined the cast of the fourth season of “9-1-1: Lone Star” in recurring roles.

McDonough plays Sgt. Ty O’Brien, a hard-assed police sergeant who we met last season when he butted heads with Owen (Lowe). McDonough guest-starred as the character in one episode in Season 3.

Woodside will portray Trevor, a wholesome, handsome, charismatic, father and preacher. His new job has brought him and his daughter to Texas, but their new city greets them with a rare and dangerous storm.

Schull will play Special Agent Rose Casey, an FBI agent investigating the members of an extremist group. She believes the group is planning a dangerous attack and needs Owen’s help gathering evidence to strengthen the case.

“9-1-1: Lone Star” explores the high-pressure experiences of first responders, including police officers, firefighters and dispatchers, who are thrust into the most frightening, shocking and heart-stopping situations in Texas. These emergency responders must try to balance saving those who are at their most vulnerable with solving the problems in their own lives. The show draws from real-life, high-pressure experiences of first responders who regularly face heart-stopping situations that are often unpredictable, intense and uplifting at the same time.

It is produced by 20th Television in association with Ryan Murphy Television and Brad Falchuk Teley-Vision.

Previous seasons of “9-1-1: Lonestar” are available to stream on Hulu in the United States and on Disney+ internationally in some countries.