Disney+ has released a new poster featuring galaxy’s most notorious bounty hunter and Fennec Shand.  Get ready for “The Book of Boba Fett” which begins streaming tomorrow, December 29 on Disney+. 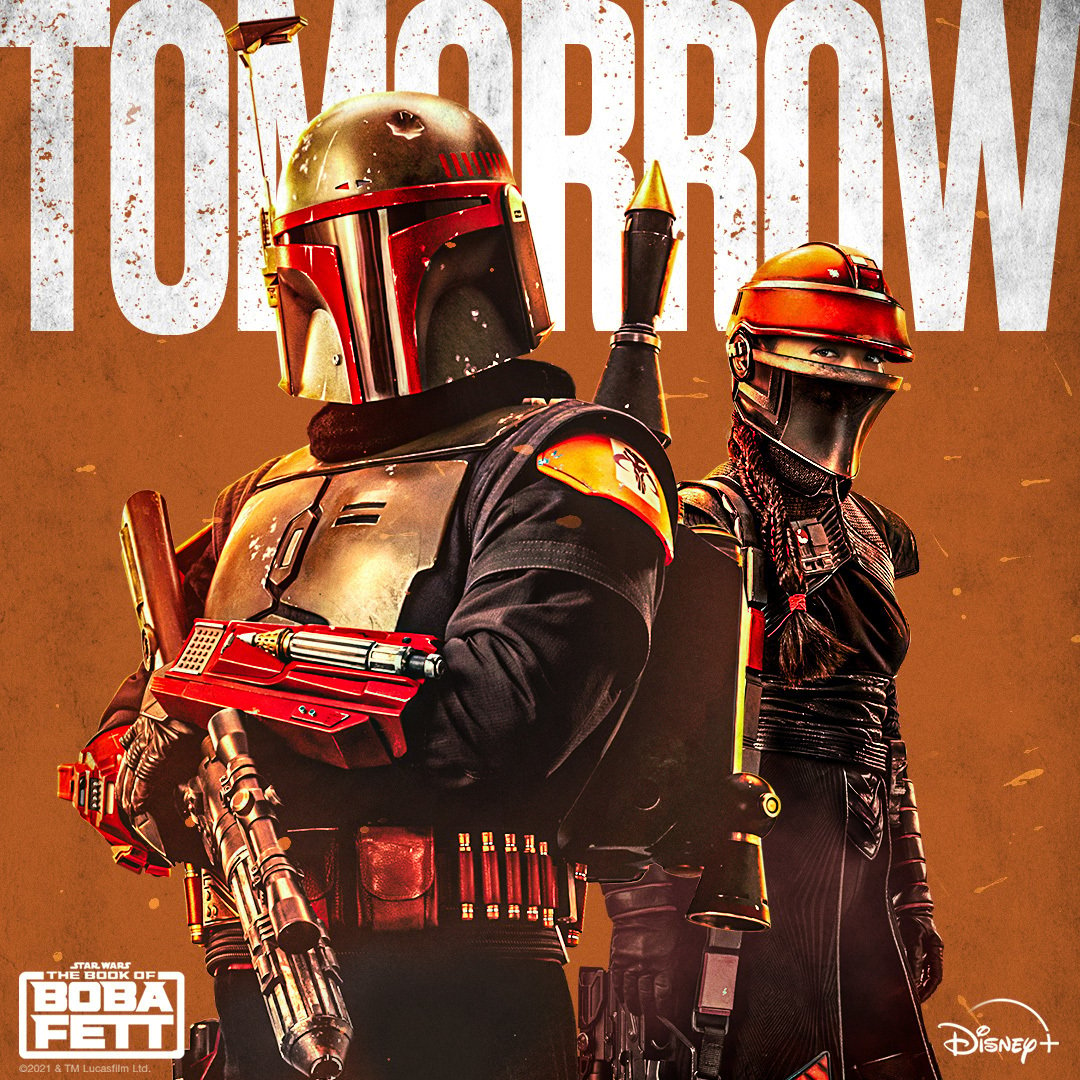