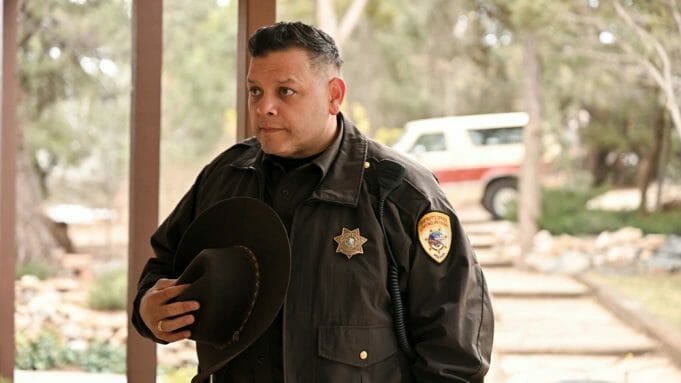 In addition, J. Anthony Pena who plays Deputy Mo Poppernak, has been upped to series regular for the upcoming third season.

Gabel portrays Walter, a recluse who lives in a cabin in the Montana wilderness. His unpredictable nature can make for menacing run-ins with stray hikers.

Cusick is Avery, a well-meaning, successful tech entrepreneur who books himself and his stepdaughter Emily on Barnes’ camping trip.

Pisharody plays Luke, a city slicker whose girlfriend Paige dragged him onto Sunny Day Excursions for his birthday.

Horcher portrays Paige, a New Yorker and Luke’s girlfriend who booked them both on Sunny’s camping trip.

Season 3 premieres on September 21 on ABC in the US, and streams the next day on Hulu.  The third season will also be coming to Disney+ internationally including the United Kingdom, Ireland and Canada however a release date for these regions will be announced at a later date.