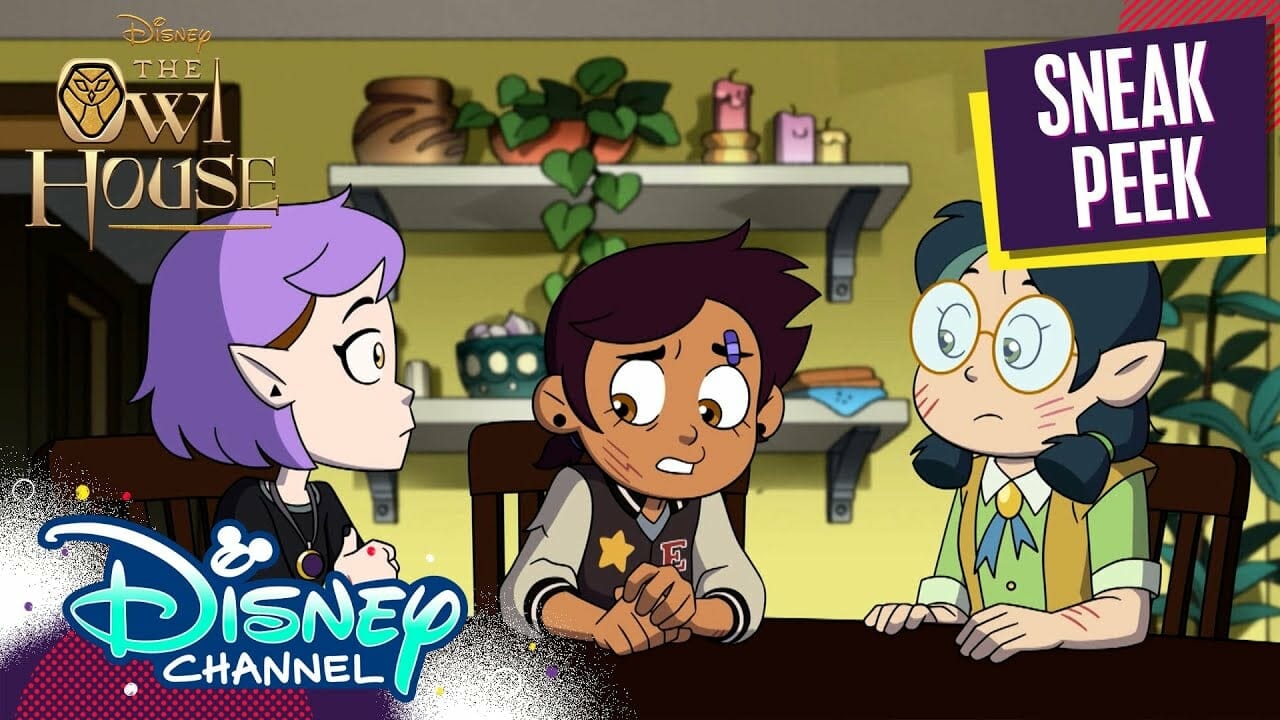 Disney has released a “Thanks To Them” clip from the newest episode of “The Owl House.” The series debuts the first of its final specials SATURDAY, OCT. 15 (9:00 p.m. EDT/PDT), with a simulcast on Disney Channel and Disney XD. Created and executive produced by Dana Terrace (Disney’s “DuckTales”), the 44-minute specials follow Luz’s journey to save the Boiling Isles from the evil Emperor Belos and the unpredictable Collector.  The following two installments will premiere in 2023.  The specials should also arrive on Disney+ at a later date.

“The Owl House” follows Luz, a self-assured teenage girl who stumbles upon a portal to a magical realm where she befriends a rebellious witch, Eda, and a tiny warrior, King. Despite not having magical abilities, Luz pursues her dream of becoming a witch by serving as Eda’s apprentice at the Owl House and ultimately finds a new family in an unlikely setting. In 2021, the series won the prestigious Peabody Award in the Children & Youth category for “building a wildly inventive other world that makes room for everyone.”

In addition to Terrace, Wade Wisinski (“Be Cool, Scooby-Doo!”) is producer, and Andy Garner-Flexner (“Adventure Time”) is art director. “The Owl House” is a production of Disney Television Animation and carries a TV-Y7 FV parental guideline.