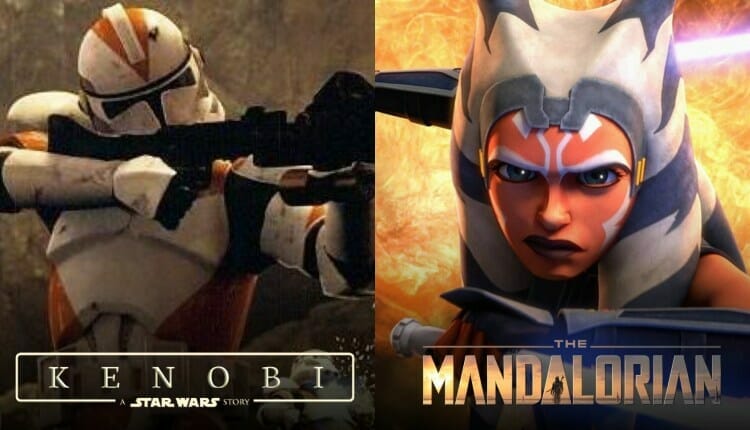 Kessel Run Transmissions, which has been very accurate on their Star Wars information, recently shared new details regarding Season 2 of “The Mandalorian” and the upcoming Obi-Wan Kenobi Disney+ series’.

The first report reveals that there is advertisement-exclusive footage of Ahsoka Tano. “She is wearing a grey cloak…. Ahsoka will be fighting two bounty hunter assassins.” While Kessel Run did not reveal the exact location of where this takes place, they did provide some hints stating, “It’s a very common location in Star Wars… You might go here to get a beverage.” Could that be a reference to Mos Eisley Cantina on Tatooine?  They also said we will see footage of Ahsoka in the Season 2 trailer for the series which hopefully will be released soon.

Exclusive: Commander Cody and the 212th Will Be Featured In “Kenobi”: https://t.co/KnsY38O6vW pic.twitter.com/CBXG4OdkDM

Next up, the outlet confirmed the rumors that Hayden Christensen would be returning for the new Obi-Wan Kenobi series as Anakin Skywalker aka Darth Vader.  The series, which has been tightly under wraps, will reportedly follow Vader while he attempts to track down Obi-Wan, his old Jedi master and friend. They also confirmed that fan-favorite Commander Cody, the Clone Commander under General Kenobi’s command during the Clone Wars, will also appear in the series alongside his unit- the 212th Battalion.

You can view the full video of these announcements from Kessel Run Transmissions in the video below:

Season 2 of “The Mandalorian” is set to premiere in October on Disney+.

Returning for Season 2 are Pedro Pascal as The Mandalorian, Gina Carano as Cara Dune, Carl Weathers as Greef Karga, Emily Swallow as the Armorer, Giancarlo Esposito as Moff Gideon, Bill Burr as Mayfeld, and Ming-Na Wen as Fennec Shand.

Newcomers to the series include WWE superstar Sasha Banks in an unknown role, Michael Biehn as a possible bounty bunter from Mando’s past, Temuera Morrison as Boba Fett, Rosario Dawson as Jedi Ahsoka Tano,  Timothy Olyphant rumored to play Cobb Vanth and Katee Sackhoff as the Mandalorian leader Bo-Katan Kryze.

Ewan McGregor will reprise his role as Kenobi in the new Obi-Wan limited series and the events are said to take place eight years after the events of “Star Wars: Revenge of the Sith” and before “Star Wars: A New Hope”. The series will be directed by Deborah Chow. Chow and McGregor will serve as Executive Producers alongside Kathleen Kennedy, Tracey Seaward (The Queen), and John Swartz (Rogue One: A Star Wars Story). Jason McGatlin, Lucasfilm’s Executive Vice President Production, will serve as co-producer.  Joby Harold (John Wick Chapter 3) wrote the script.