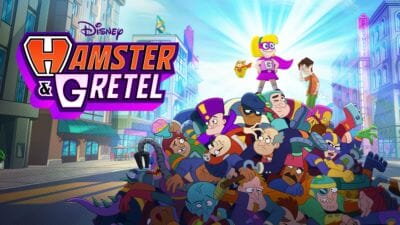 Disney has announced that Episodes 11-15 from Season 1 of “Hamster & Gretel” will begin streaming on Disney+ in the United States on Wednesday, February 8, 2023.