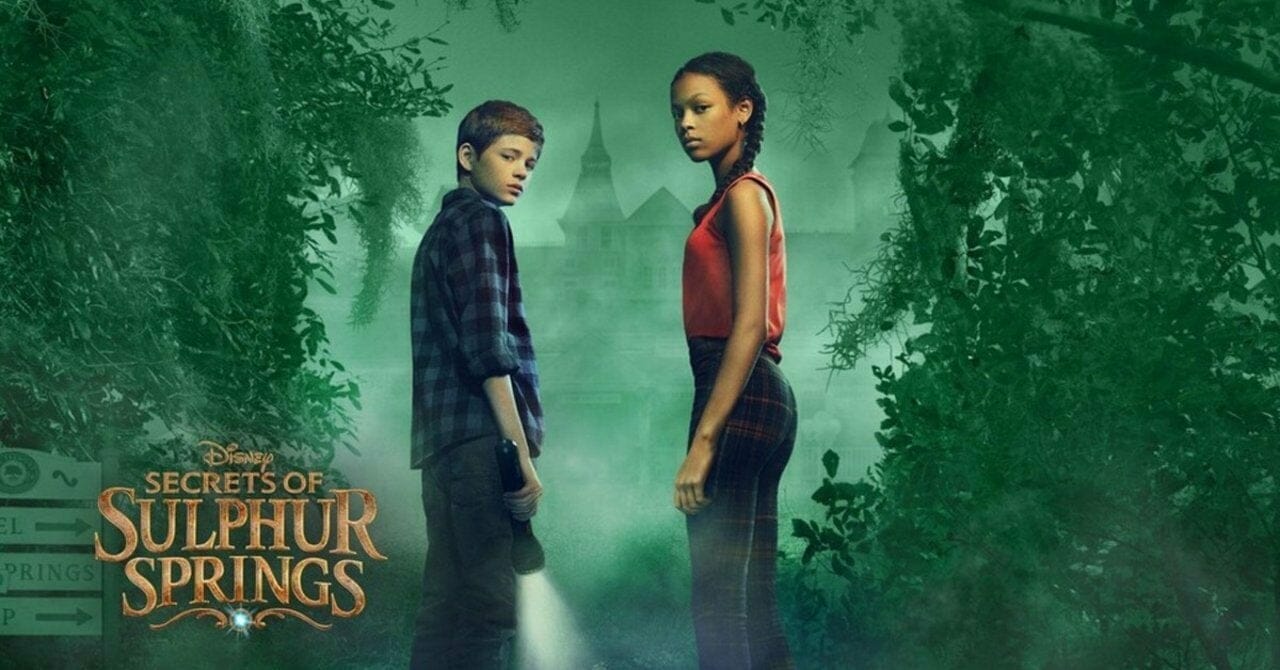 On January 15th, “Secrets of Sulphur Springs,” a new time-travel mystery series for kids and families, debuted on the Disney Channel.  Now, it seems the series will arrive a little earlier than expected on Disney+.  Yesterday, Disney+ announced their release schedule for February 2021 and 5 epsiodes of the series will premiere on the streaming service on Friday, February 26th in the United States.

Set in the fictional Louisiana town of Sulphur Springs, the series follows 12-year-old Griffin Campbell (Preston Oliver, “Chicago Fire”) whose world has been upended by his father, Ben (Josh Braaten, “American Horror Story”). Ben has moved the family from Chicago to take ownership of an abandoned hotel property, The Tremont. The Campbell family, which also includes Griffin’s mother, Sarah (Kelly Frye, “Criminal Minds”), and his younger twin siblings, Wyatt (Landon Gordon, “Coop & Cami Ask the World”) and Zoey (Madeleine McGraw, “Outcast”), moves into The Tremont in hopes of restoring it to the lively vacation destination it once was. On his first day at his new school, Griffin hears rumors that the hotel is haunted by the ghost of Savannah (Elle Graham, “Swamp Thing”), a girl who disappeared decades ago. He soon meets and befriends Harper (Kyliegh Curran, “Doctor Sleep”), a thrill-seeking classmate, and soon they discover a secret portal that allows them to travel back in time and uncover clues about the town mystery.

You can check out the trailer for “Secrets of Sulphur Springs” below: