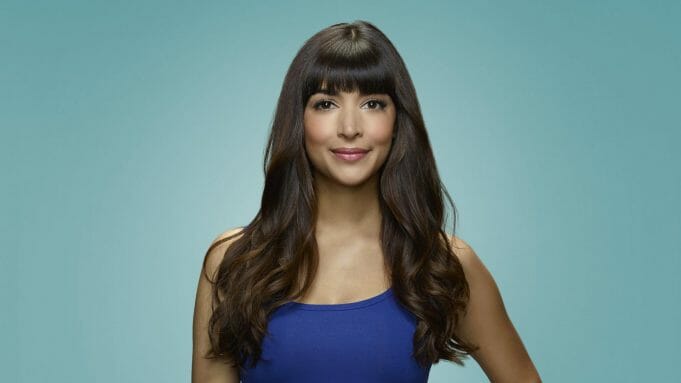 Hannah Simone (New Girl) has joined the cast as a series regular on ABC’s new comedy series “Not Dead Yet.”

“Not Dead Yet “follows 40-something Nell Stevens (Gina Rodriguez), who is down on her luck, low on cash, and newly single. When she lands the only job she can find, writing obituaries, she starts receiving life advice from an unlikely source.

The series also stars Gina Rodriguez (Jane the Virgin), Josh Banday (Upload), Angela Gibbs (This Is Us), and Rick Glassman (As We See It).

According to Deadline, Simone’s Sam is the editor of the Life & Style Section of the newspaper and a busy working mom. A former wild child, Sam has hit her stride and seems to handle everything thrown her way with ease and an organized “mom purse.” But underneath this exterior, Sam struggles with taking too much on and misses her carefree single days when it was her and Nell against the world. She’s torn between her big work goals and missing the person she was before the kids and the big job. Hopefully having Nell back will help her find that balance.

The project hails from writing duo Casey Johnson and David Windsor (Greek, Don’t Trust the B—- In Apartment 23) and is executive produced by McG (Charlie’s Angels, Turner & Hooch).

The show is based on Alexandra Potter’s romantic comedy novel Confessions of a Forty-Something F—k Up which was published in 2020.

A release date for “Not Dead Yet” has not been announced yet.  The series will air on the ABC Network in the United States and stream on Hulu and Disney+ internationally.

You can check out a teaser for the show below: