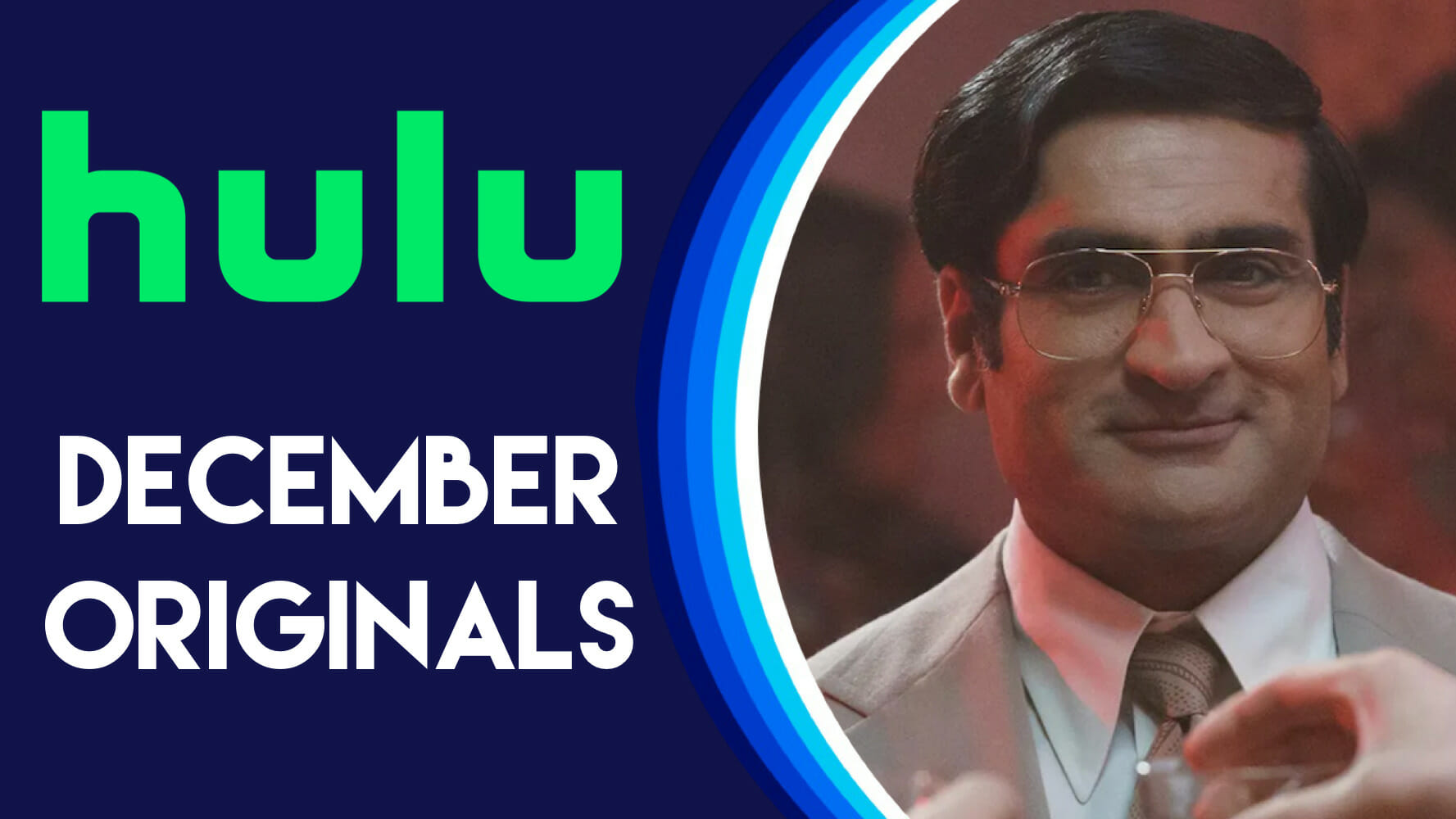 Hulu has a variety of new original programming coming to the streaming service throughout the month of December 2022 including the premieres of “Darby and the Dead,” Season 1 of “Kindred,” “It’s A Wonderful Binge 2” and more. 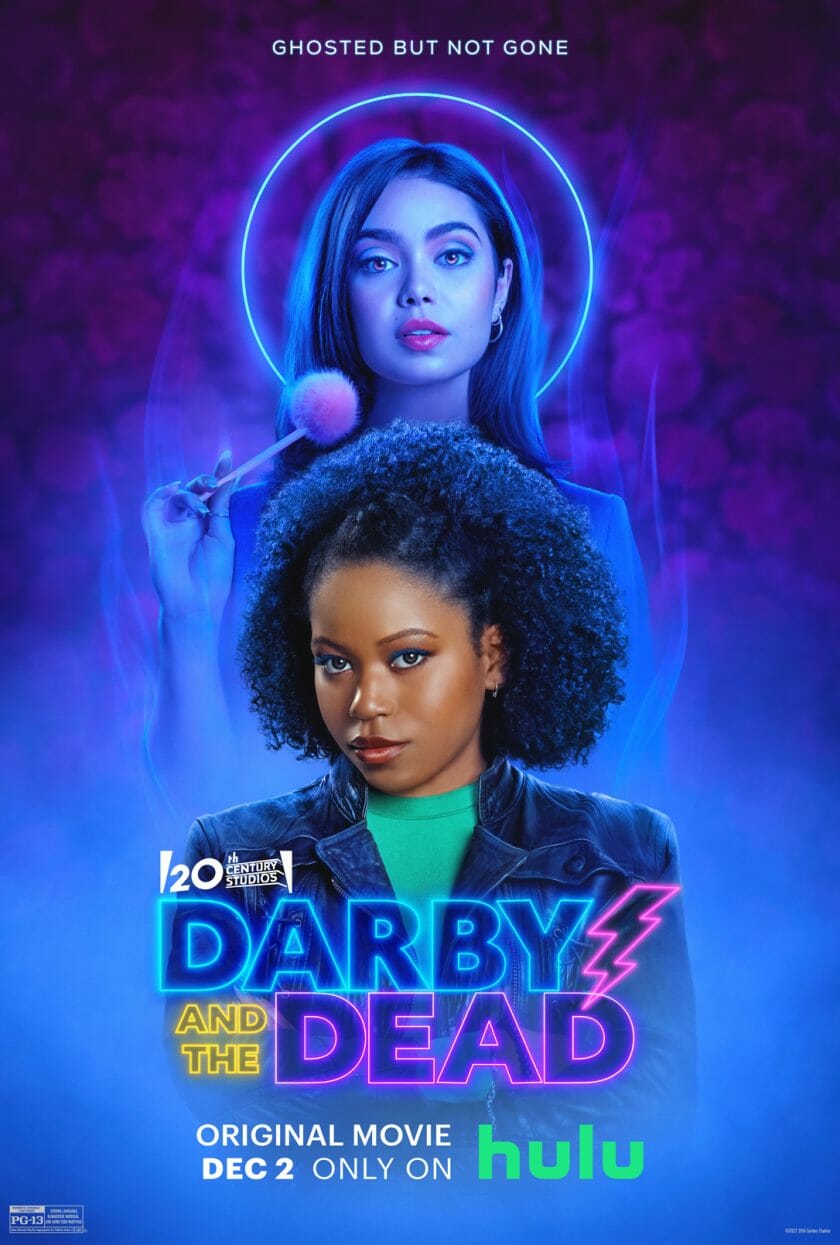 After suffering a near-death experience as a young girl, Darby Harper (Riele Downs) gains the ability to see dead people. As a result, she becomes introverted and shut off from her high school peers and prefers to spend time counseling lonely spirits who have unfinished business on earth. But all that changes when Capri (Auli’i Cravalho), the Queen Bee of the school’s most exclusive clique, unexpectedly dies in a freak hair straightening accident, resulting in the obvious cancellation of her upcoming “Sweet 17.” Capri, however, pleads with Darby from the other side to intervene and convince Capri’s friends to proceed with the party as planned. In order to appease the wrath of the undead diva, Darby must emerge from her self-imposed exile and reinvent herself — which along the way allows her to find new joy back in the land of the living. 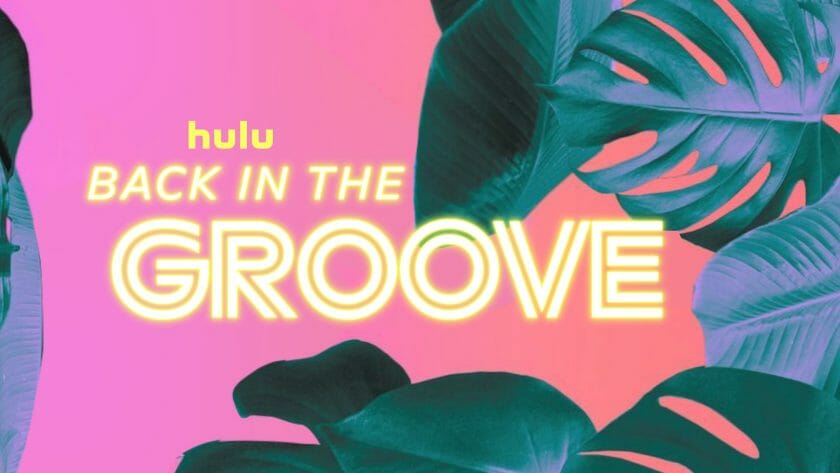 Two all-new episodes available to stream daily 12/5-12/8.
Three single women in their 40s, all stuck in the grind of their everyday lives, will check OUT of their comfort zones and check INTO The Groove Hotel, a magical resort on the beautiful island of the Dominican Republic – where the goal is to rediscover their youth, live joyously, and hopefully find love with men HALF. THEIR. AGE. As the saying goes, “you can’t fall in love with someone else until you fall in love with yourself!” At the Groove Hotel, these three women will have the opportunity to do both! Whether they find the perfect fling, friendship, true love, or something in between, this is their chance to take charge and break through the double standards older women face every day. And they’re going to have a lot of fun doing it! The show is hosted by Taye Diggs, who knows a thing or two about getting into the groove.

“Connect” stars Jung Haein as Ha Dongsoo, a new type of immortal human known as ‘Connect’, who is kidnapped by a gang of organ harvesters who are determined to take his eyes. After suddenly waking up on an operating table part way through the surgery, Dongsoo is able to escape with one eye remaining, and later discovers that he can still see out of his missing eye, which is now being used by a serial killer who has been terrorizing the residents of Seoul. Determined to get back what was taken, Dongsoo will pursue the killer, taking whatever steps are necessary to make himself whole again. 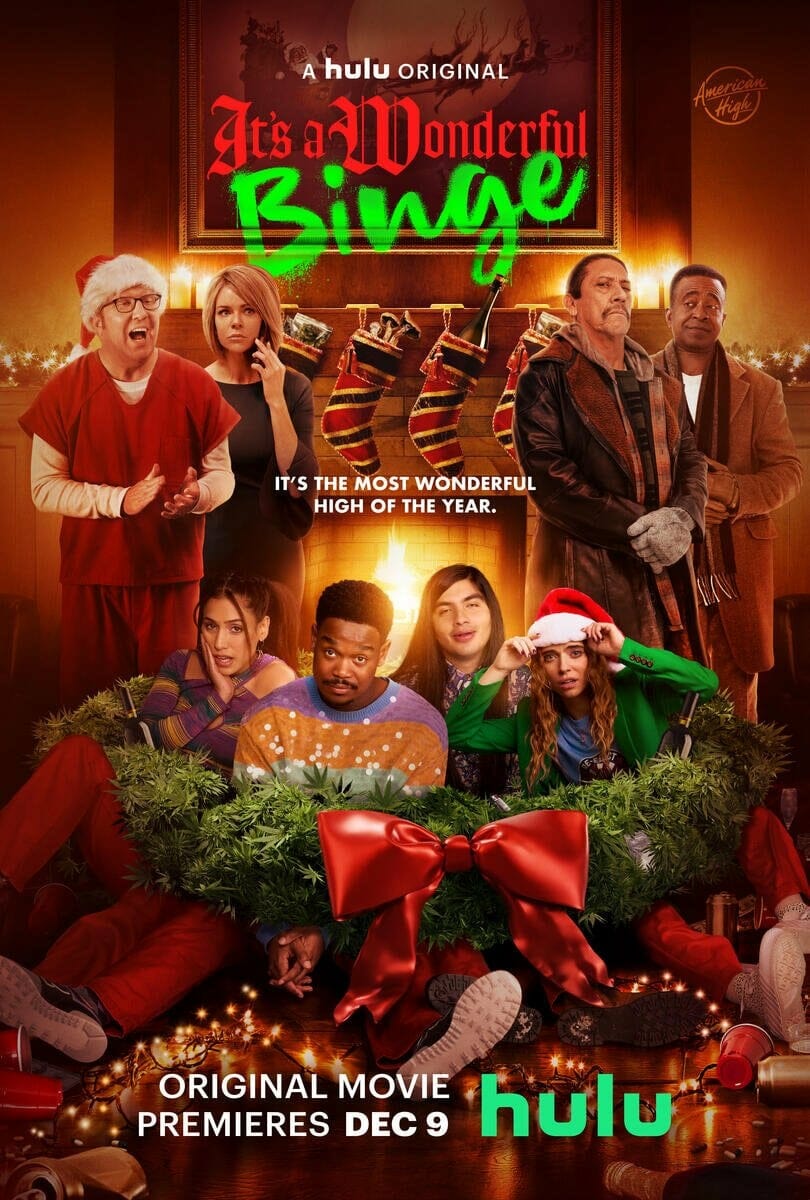 Like the original film, the sequel is set in a near future where all drinking and drugs are banned except for on one glorious day known as The Binge. This year, that day happens to miraculously land on Christmas. The new holiday adventure will feature magical storybooks, catchy songs, stop-motion animation… and drugs! Lots of them! Merry Bingemas!

The hilarity is cranked up in Season 4 of “The Mighty Ones” as the gang discovers unexplored areas of the yard. They will do battle in a compost bin that doubles as a gladiator arena, become unwitting hosts of a party for a swarm of unruly cicadas, embark on a dangerous quest to get Leaf his first pair of pants, and even blast off into space — or what they think is space. Along the way, we’ll meet the long-lost fifth Mighty One, Gherkin, and Leaf and Twig’s estranged brother. The Mighty Ones’ imaginations run wild in these uproarious misadventures that are more than just another day in the yard. 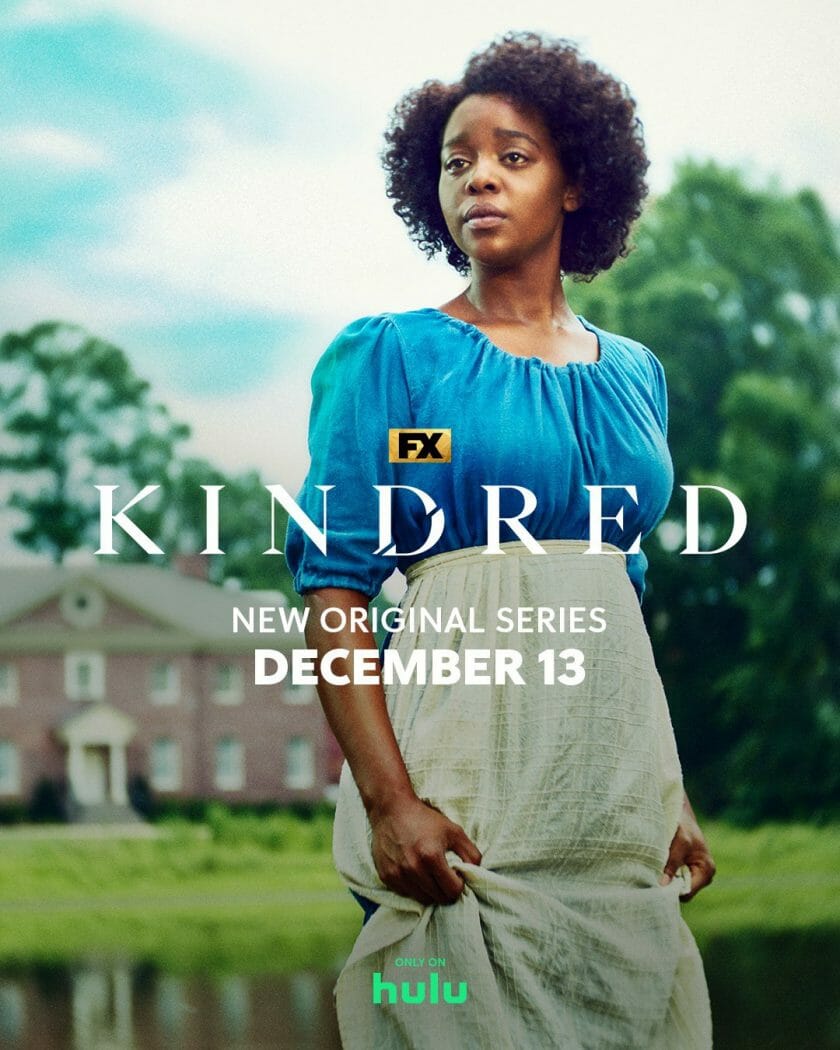 Adapted from the celebrated novel Kindred, by Hugo Award-winner Octavia E. Butler, the FX series centers on “Dana James” (Mallori Johnson), a young Black woman and aspiring writer who has uprooted her life of familial obligation and relocated to Los Angeles, ready to claim a future that, for once, feels all her own. But, before she can settle into her new home, she finds herself being violently pulled back and forth in time. She emerges at a nineteenth-century plantation, a place remarkably and intimately linked with Dana and her family. An interracial romance threads through Dana’s past and present, and the clock is ticking as she struggles to confront secrets she never knew ran through her blood, in this genre-breaking exploration of the ties that bind. 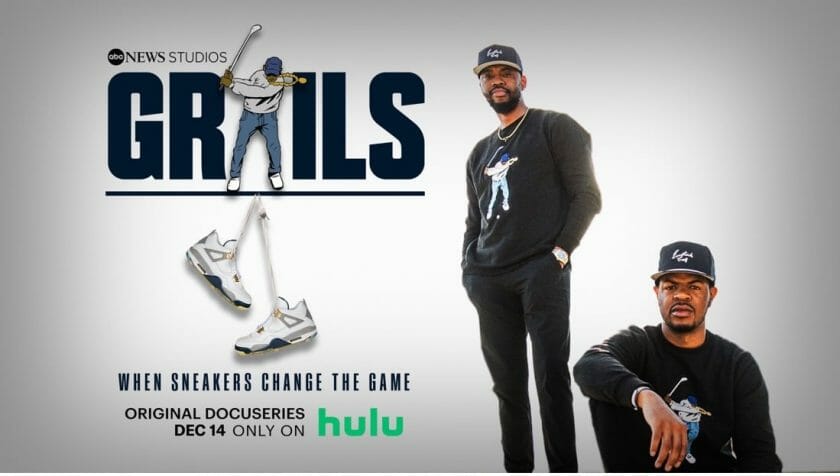 The six-part series profiles entrepreneurs Earl Cooper and Olajuwon Ajanaku, former Morehouse College golf champions who created the lifestyle brand Eastside Golf to promote diversity on the golf course. Directed and produced by Hannah Storm and her production company, Brainstormin’ Productions, the series follows the two young Black creators who strike a once-in-a-lifetime opportunity to partner with Nike, Inc.’s Jordan Brand in designing an innovative line of golf sneakers and apparel to be worn on and off the course. Their brand, Eastside Golf, is epitomized by a logo of a Black golfer, a unique insignia that they hope will disrupt the industry by authentically inspiring a community to break down barriers, aspire for excellence, and create a future where we all belong.

Starring the legendary Choi Minsik (“Old Boy”) in his first appearance in a drama series in over 26 years, “Big Bet” tells the unforgettable tale of a man, Cha Moosik, who, after a hard time in life, builds himself up from nothing to become a casino mogul in the Philippines. As the story progresses, Cha once again finds himself at rock bottom when he is investigated as part of a murder case. Determined not to let life beat him down yet again, Cha will risk everything he has, including his own life, to get himself back in the game. 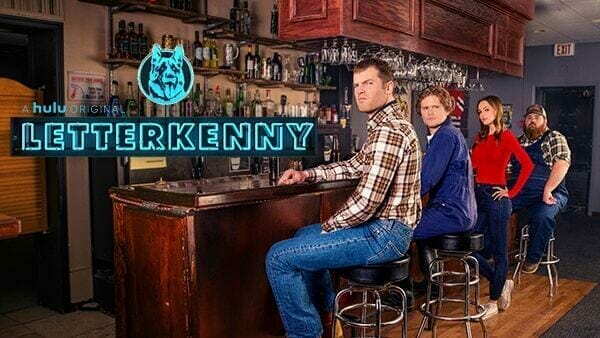 The residents of Letterkenny belong to one of three groups: the Hicks, the Skids, and the Hockey Players, who are constantly feuding over seemingly trivial matters that often end with someone getting their ass kicked.  In Season 11, the small town contends with the best chip flavors, lost dogs, an influencer invasion, Skid business, a mystery at the Church Bake Sale, unwanted guests at beer league, and the Degens stirring up trouble. And that’s just for starters.