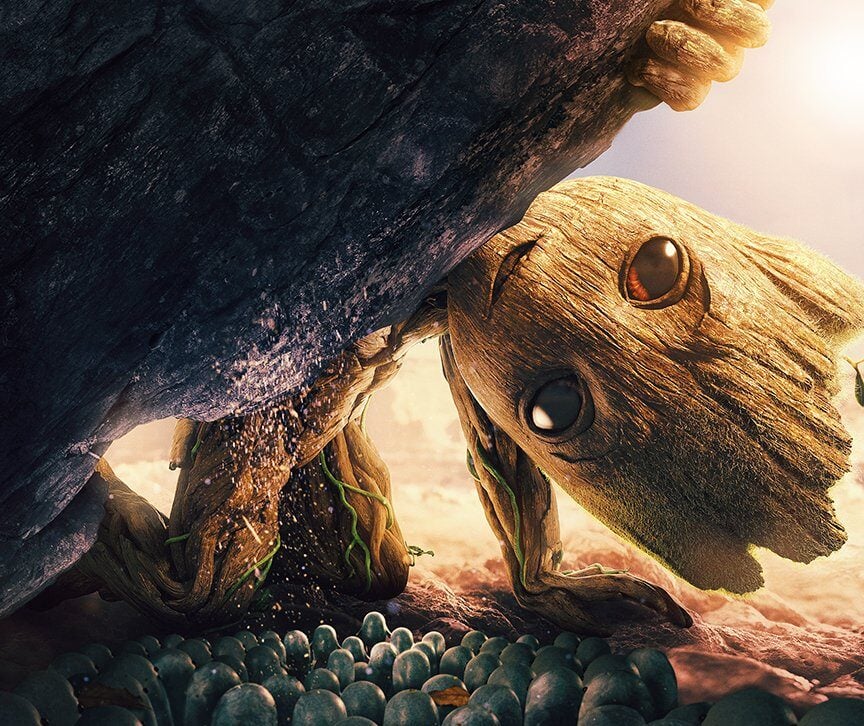 Marvel Studios has released a new poster for Marvel’s upcoming Disney+ animated shorts “I Am Groot” which begins streaming on Disney+ on August 10, 2022. The new poster teases the second short titled “THE LITTLE GUY.” 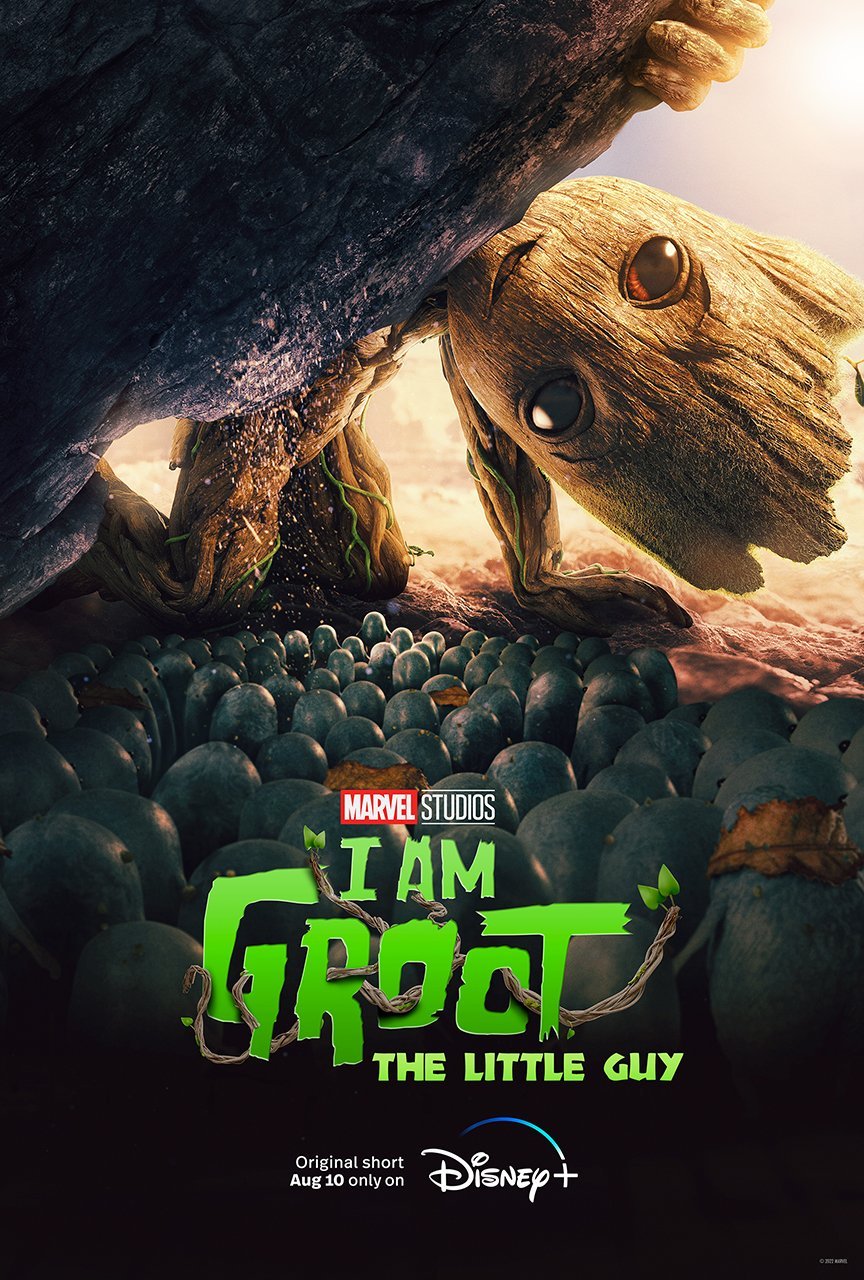 “I Am Groot” is a collection of five original shorts starring Baby Groot, everyone’s favorite little tree, and will feature several new and unusual characters. All five shorts will be available for viewers to watch upon launch.

The series has already been renewed for a second season with 5 additional shorts.