Disney has released a new poster for the Gillian Jacobs-directed film “More Than Robots,” an original documentary presented by Supper Club and Disney+ and made in partnership with FIRST®, will premiere at the world-renowned SXSW (South by Southwest) Film Festival on March 14. On Friday, March 18, the documentary will stream exclusively on Disney+. 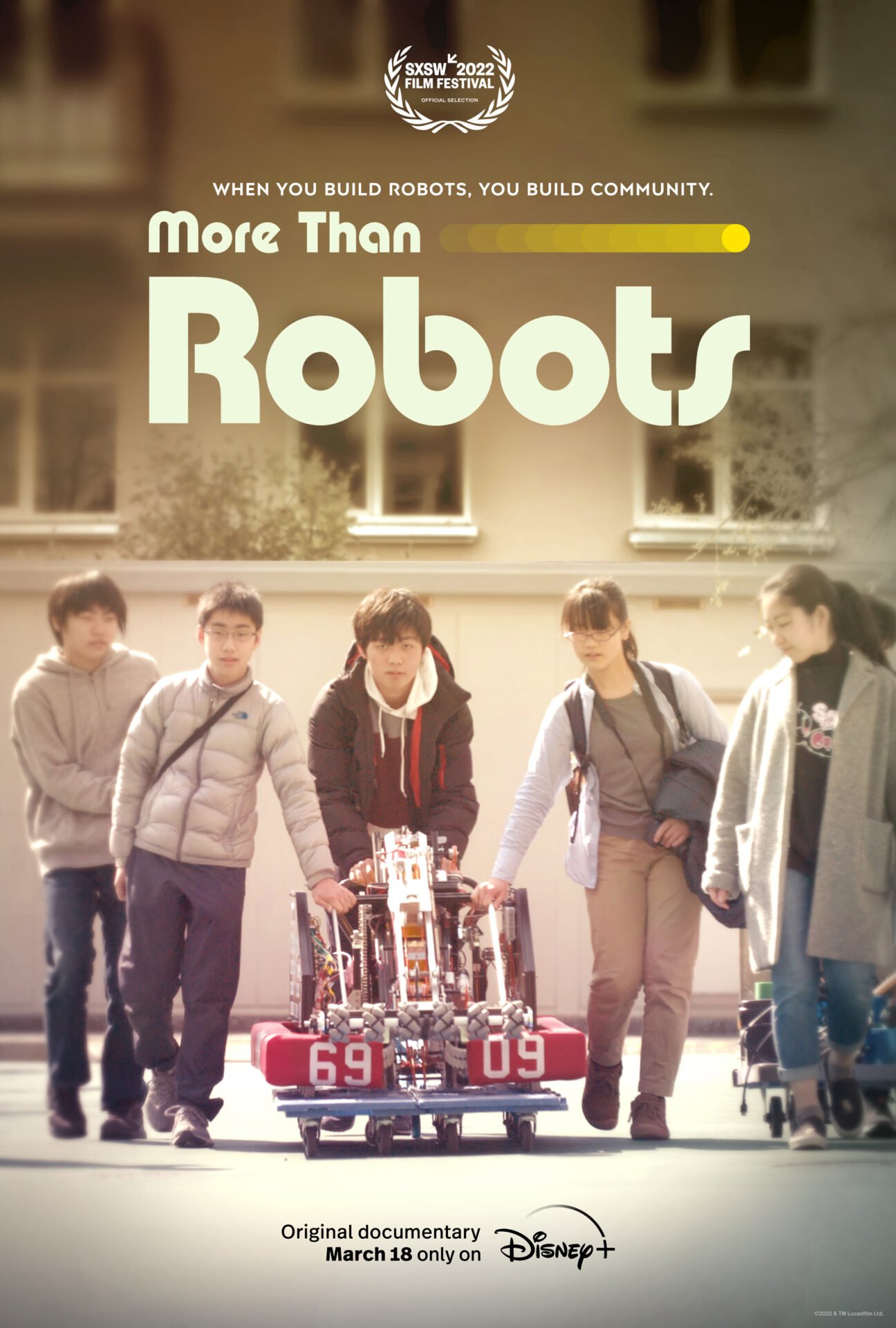 “More Than Robots” follows four teams of teenagers from around the world as they prepare for the 2020 FIRST® Robotics Competition. Get to know teams from Los Angeles, Mexico City and Chiba, Japan as they work towards the goal of taking their unique designs all the way to the highly competitive global championships. Although they are faced with overcoming challenges along the way, such as having limited resources within their community or putting everything on hold because of a world-wide pandemic, the kids persevere and learn that there is a lot more to the competition than just robots.

For more than 20 years, Disney has supported FIRST® with financial, in-kind and mentorship resources, and together with Lucasfilm’s philanthropic initiative Star Wars: Force for Change, FIRST® continues to bring hands-on learning opportunities and mentorship to more young people around the world, empowering them to not only think big, but to develop the skills needed to be the next generation of innovators.

You can watch the trailer for “More Than Robots” below:\