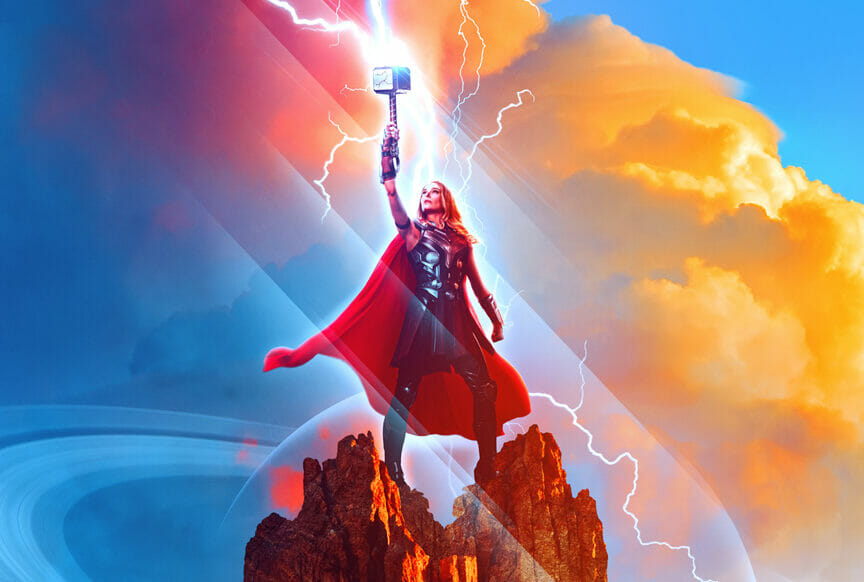 Marvel Studios has unveiled a new poster for “Thor: Love and Thunder” which features Natalie Portman as Mighty Thor.  The film hits theaters on July 8, 2022. 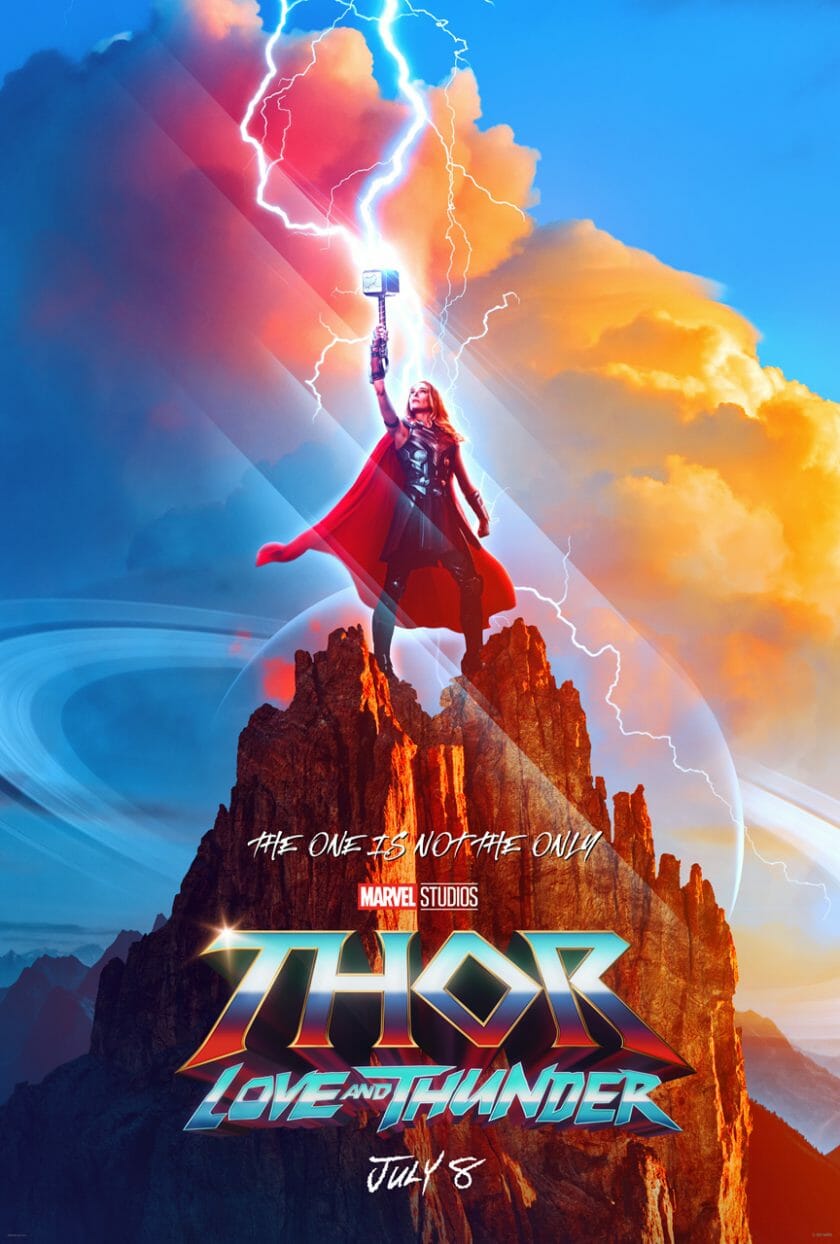 “Thor: Love and Thunder” finds Thor on a journey unlike anything he’s ever faced – a quest for inner peace. But his retirement is interrupted by a galactic killer known as Gorr the God Butcher, who seeks the extinction of the gods. To combat the threat, Thor enlists the help of King Valkyrie, Korg and ex-girlfriend Jane Foster, who – to Thor’s surprise – inexplicably wields his magical hammer, Mjolnir, as the Mighty Thor.