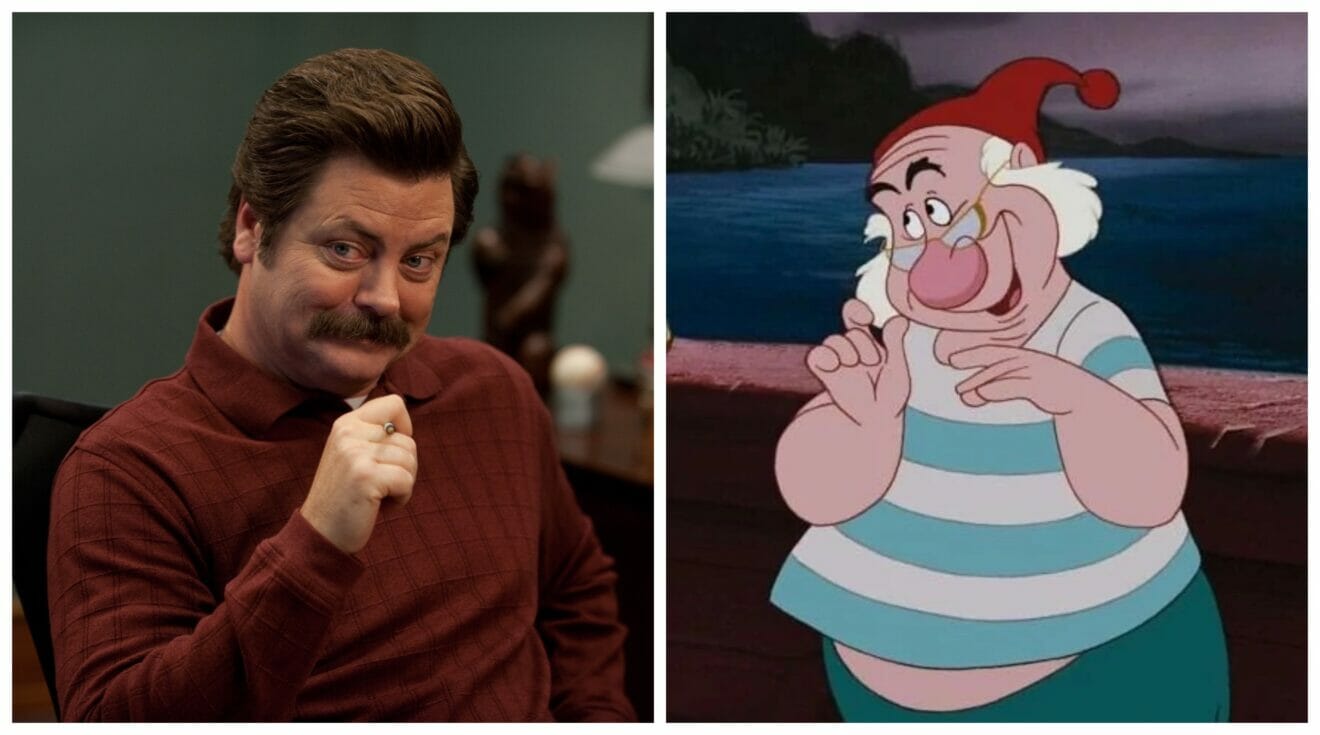 Disney has been working hard on casting for its new live-action “Peter Pan and Wendy” film.  It was recently reported that newcomer Alyssa Alook will be portraying Tiger Lily, Jude Law will play the iconic villain Captain Hook, and Yara Shahidi has signed on to play Tinker Bell.  The latest casting news comes from The Illuminerdi who says that Disney has offered comedian Nick Offerman the role of Smee in the film.

If Offerman chooses to accept the role of Smee, he will play the supporting character who is the faithful and funny sidekick to pirate Captain Hook.

Offerman has had many comedic roles, but is probably best known for playing Ron Swanson on Parks & Recreation. He’s also appeared in a number of other series including Fargo, Bob’s Burgers, Brooklyn Nine Nine, Good Omens, and more.

In addition to Offerman, it is also being reported that Brendan Gleeson is being considered for the role as well. Gleeson is best known for playing Mad-Eye Moody in the Harry Potter franchise.

Previously announced cast includes Ever Anderson who will play Wendy and Alexander Molony who will play Peter Pan.  “Pete’s Dragon” director David Lowery has signed on to direct the film. Lowery co-wrote the script with Toby Halbrooks, and Jim Whitaker is producing.  We are still awaiting casting news for the rest of the Darling family.

“Peter Pan and Wendy” is expected to start filming in Vancouver, Canada on March 8, 2021, and should wrap by June 30, 2021.  The film will premiere exclusively on Disney+.