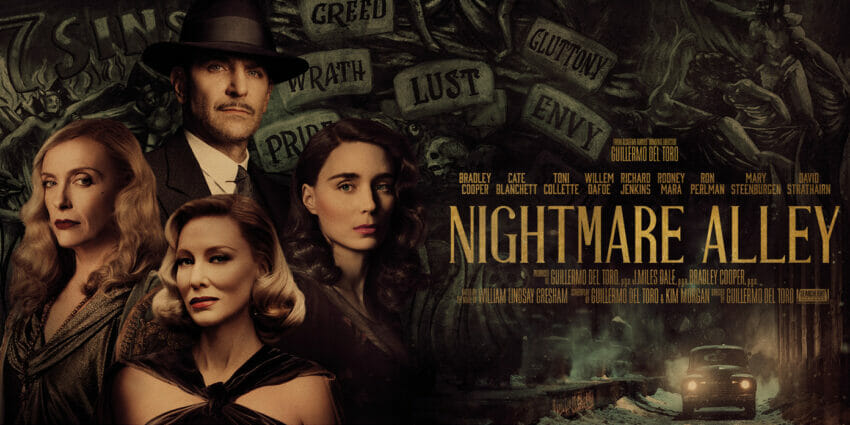 Disney+ has announced the full list of everything coming to Canada in March 2022 including premieres of new Disney+ Original Series, additional episodes of fan-favorite series, and new library title additions.  One of the library titles that will be added to the service next month is Searchlight Pictures’ “Nightmare Alley” which arrives on Wednesday, March 16, 2022.

In “Nightmare Alley”, an ambitious carny (Bradley Cooper) with a talent for manipulating people with a few well-chosen words hooks up with a female psychiatrist (Cate Blanchett) who is even more dangerous than he is.

You can watch a trailer for “Nightmare Alley” below:

Please note, “Nightmare Alley” has a Disney+ Age Rating of 18+.

“Nightmare Alley” is available to stream now on Hulu in the United States and is also coming to Disney+ in the United Kingdom and Ireland on March 16th.