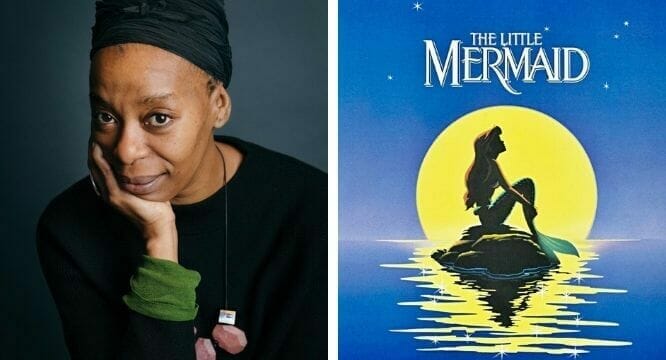 According to Deadline, Noma Dumezweni has joined the cast of Disney’s new live-action The Little Mermaid film. Deadline did not say which character the actress would be playing, but according to The DisInsider, she is playing Athena, Ariel’s mother and Queen of Atlantica.

Dumezweni is best known for playing Hermione on Broadway.  She also appeared in HBO’s The Undoing, Hulu’s Normal People and Mary Poppins Returns.

“The Little Mermaid” returns Rob Marshall to the Disney fold with a live-action take on the animated classic. In the title role is multitalented singer and actor Halle Bailey, alongside a talented cast that includes Jonah Hauer-King as Prince Eric, Melissa McCarthy as the villainous Sea Witch Ursula, Javier Bardem as King Triton, Jacob Tremblay as Flounder, Daveed Diggs as Sebastian, Awkwafina as Scuttle, and Emily Coates in unconfirmed role.

The film will feature the beloved Menken-Ashman songs from the animated original and some all-new music from Alan Menken and Lin-Manuel Miranda as well.

Production is set to begin this month.  A premiere date has not been set yet, but the film is intended for a theatrical release and not for Disney+.