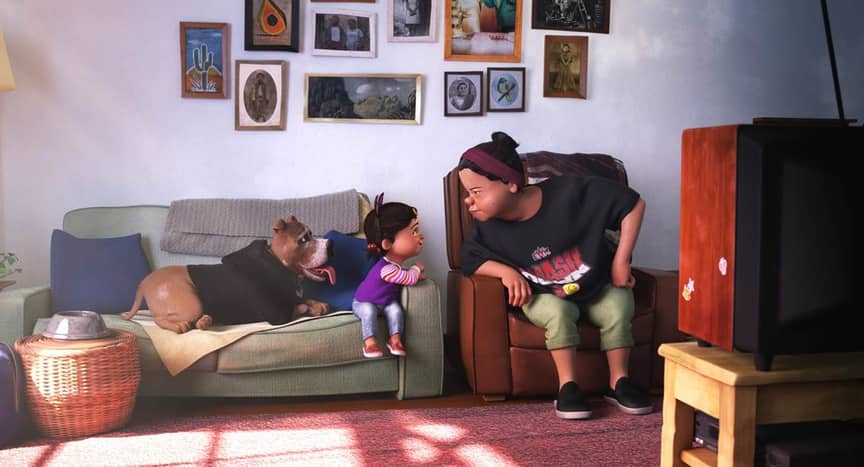 In Pixar SparkShorts film ‘Nona,’ director Louis Gonzales taps into the feeling of expectation vs reality. The short film finds humour and warmth in the story of a grandma’s day off, which doesn’t exactly go as planned.

Nona is excited to watch the “E.W.W. Slash Down XVII” event, which helps her feel connected to her deceased husband. After shutting out all distractions, ready to sit down and enjoy the event, Nona’s granddaughter’s unexpected knock at the door changes her plans.

Except for the TV event’s announcer, Nona is told with a universal gibberish language and over-the-top pantomime actions. It’s brought to life through expressive animation that makes the short feel fun and energetic. We are also taken inside Nona’s head at times, seeing the world through her mind.

Stylistically, the animation in Nona is a lot less polished than recent Pixar offerings, which fits the story and style well, giving it a nostalgic feel similar to watching a Pixar film from the early 2000s. Nona offers a charming look at the life of someone whose plans for the day were interrupted, and it has a sweet message about living in the moment and creating family traditions. It is a fun short story with plenty of heart and Pixar magic.

Nona is available to stream on Disney+ now.