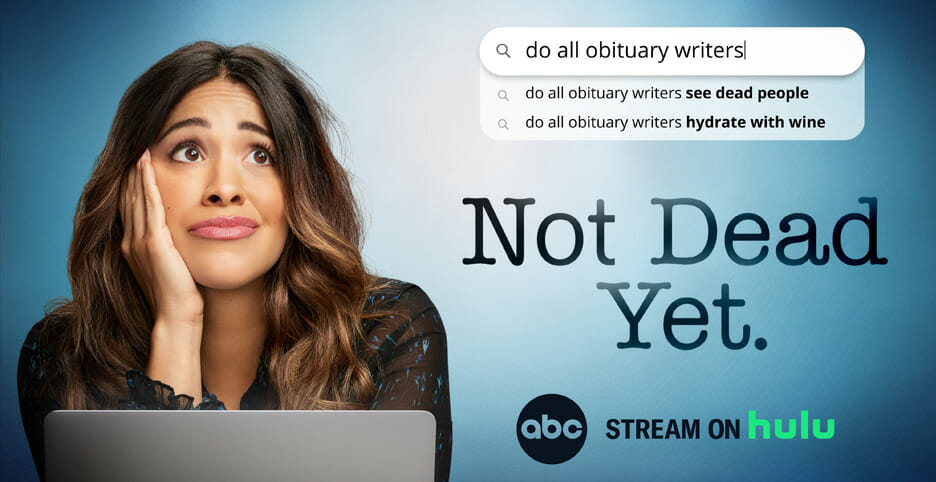 ABC’s newest addition to its comedy roster, “Not Dead Yet” starring and executive produced by Gina Rodriguez, makes its highly anticipated series debut with a two-episode premiere on WEDNESDAY, FEB. 8, starting at 8:30-9:00 p.m. EST on ABC.

“Not Dead Yet” stars Gina Rodriguez as Nell Serrano, Hannah Simone as Sam, Lauren Ash as Lexi, Rick Glassman as Edward, Josh Banday as Dennis and Angela Gibbs as Cricket.

The series is also expected to stream internationally on Disney+ however a release date for other regions has not been announced yet.