Skip to content
Home » Blog » Obi-Wan Kenobi: Here’s All the Big Details we Noticed in the First Two Episodes 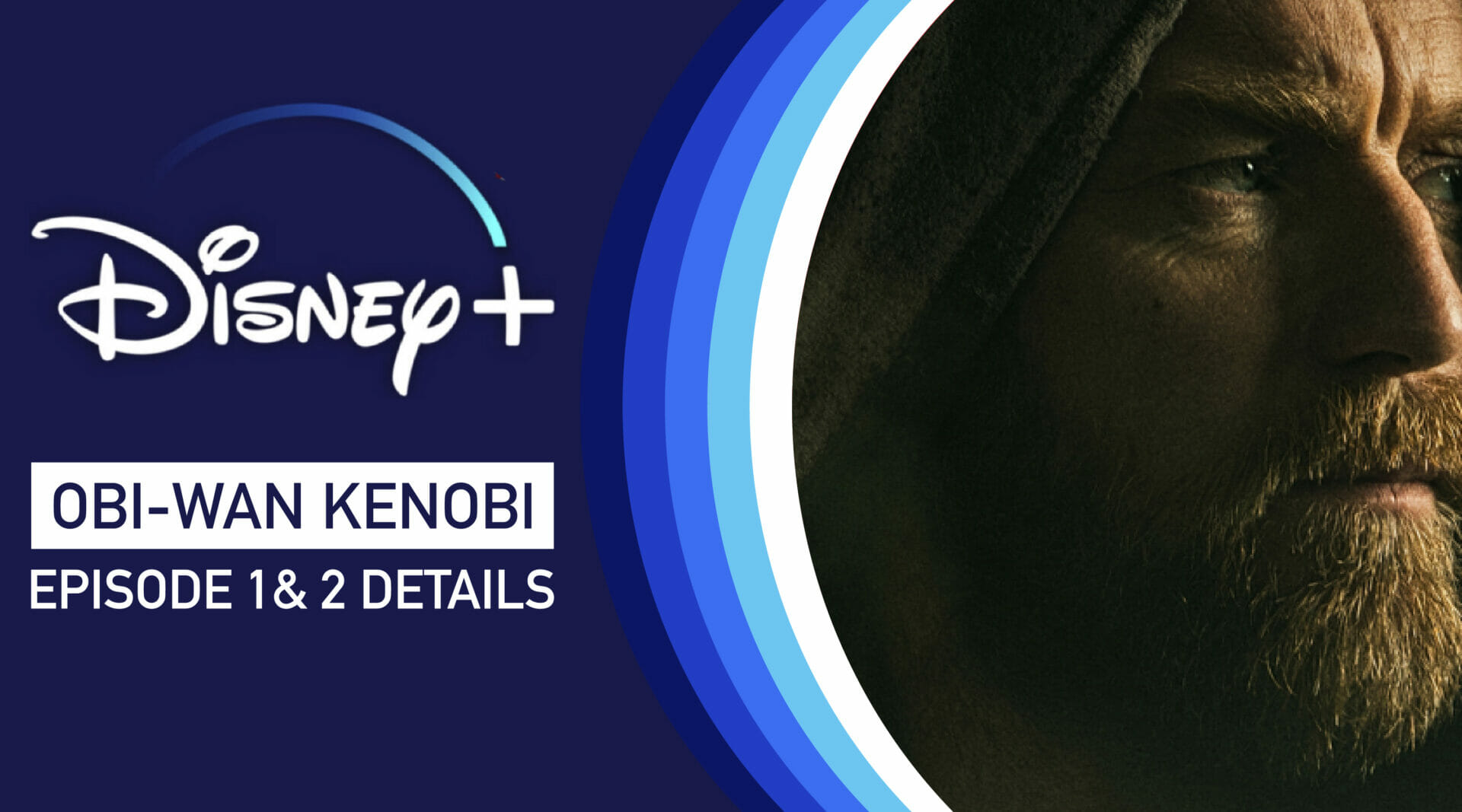 After what seems like forever, the first two episodes of Obi-Wan Kenobi have been released on Disney+, and as expected, they are filled with unforgettable moments of nostalgia that Star Wars fans will love. Set ten years after the events of Revenge of The Sith, the first third of the series deals with Obi-Wan surviving on Tatooine while he tries to keep a watchful eye on twins Leia and Luke.

The following article contains spoilers for episodes one and two of Obi-Wan Kenobi. If you haven’t yet seen the episodes, bookmark this post and return to it when you have.

The series starts with a flashback set during “Revenge of the Sith” – specifically, the brutal assault on the Jedi Temple led by Anakin Skywalker himself. The scene shows a class of young Jedi training with a master in the ways of the Force. The master leads her class through the temple halls as the attack begins, taking down several attacking clone troopers. Tragically, she doesn’t make it far before catching a well-placed blaster bolt, leaving the younglings to fend for themselves.

Not only does the scene show a new angle on the events of Order 66, the flashback scene includes some other lovely details. The helmets worn by the younglings are the same ones worn by Yoda’s students in “Attack of the Clones.” The Jedi Temple’s layout also perfectly mirrors the one in the prequel trilogy. The flashback scene also explains the gross imbalance of power in the galaxy during the Imperial era. Some younglings may have survived, either becoming fugitives or future Imperial Inquisitors.

Early on in episode one, on Tatooine, we’re quickly introduced to the Imperial Inquisitors – Force-sensitive Jedi hunters trained in the ways of the dark side. The Third Sister (Moses Ingram), Fifth Brother (Sung Kang), and the Grand Inquisitor (Rupert Friend) all touch down in search of a Jedi who, surprisingly, isn’t Obi-Wan. The three dark side agents are shown disembarking from a ship that will look familiar to those who have seen The Phantom Menace.

Although not the same design, the Inquisitors’ ship very much resembles Darth Maul’s Scimitar, which also made its Star Wars debut over the sand of Tatooine, a bit boxier, the similarity is a nice touch, especially with Obi-Wan having such a close connection to Darth Sidious’ original apprentice.

The Saloon that the Inquisitors visit is a nice homage to the Mos Eisley cantina, with its bright green drinks served in tall, opaque glasses. Obi-wan’s Jawa friend Teeka mentions the Jundland Wastes, which Star Wars fans know are not to be underestimated; there is also some excellent local Tatooine wildlife.

Obi-Wan makes a living by working on a butcher line, harvesting meat from the massive corpse of a Krayt Dragon. His cruel boss is very similar to Rey’s portion-paying boss in The Force Awakens. It’s revealed that Obi-Wan’s chosen method of transport is an Eopie – a long-snouted camel-like creature first introduced in The Phantom Menace.

Episode one paints a fairly grim picture of Obi-Wan’s life in exile. After a hard day at work, he returns to his hideout in the desert, which is little more than a furnished cave. There are still some references to his old life as a Jedi.

At the entrance to his cave, a periscope scanner is identical to the one used repeatedly by R2-D2 throughout Star Wars. The hologram communicator used to receive a transmission from Bail Organa (Jimmy Smits) is the same as the one he uses in the prequel trilogy.

What’s most striking, though, is the cloud of defeat that follows Obi-Wan. Under his Ben persona, the former Jedi looks like he has given up. He has buried his and Anakin’s lightsabres in the desert, a possible throwback to the end of The Rise of Skywalker; he’s terrorised by nightmares and is hesitant to use the Force in any scenario. It’s a stark contrast to the calm and collected Obi-Wan we meet in A New Hope.

This will be the first time they’ve seen the Grand Inquisitor in the Star Wars franchise for many fans. Fans of Star Wars: Rebels will know him from the first season of that show. He’s seen as the main antagonist in that season, which is set five years after the events of Kenobi.

Therefore it’s more than likely that he will survive his incident with Reva and may even get his revenge. The Grand Inquisitor is a former Jedi Temple guard that turned to the dark side, which explains his superior skill with a lightsabre and use of the Force.

One of the episode’s more wholesome moments came from Obi-Wan buying toys for Luke to enjoy, possibly fueling a love for space travel. The more observant amongst us will have noticed that Obi_wan specifically buys Luke a T-16 Skyhopper, an airspeeder that Luke will eventually own.

Luke refers to his T-16 in A New Hope during the planning scene to destroy the Death Star whilst idly playing with a model. The controls of the T-16 happen to be very similar to that of the X-Wing, which explains why Luke is so good at flying them.

Like the Grand Inquisitor, The Fifth Brother also appears in Star Wars: Rebels during the second season. Anyone who has seen that show will know his eventual fate, so, likely, he won’t be in any real danger throughout the show. The Fifth Brother doesn’t meet his fate until six years after the end of the Kenobi show when the former Sith Lord Maul slays him on Malachor.

We get to know Leia Organa as a ten-year-old child. It’s an unexpected detail, as previously, we’ve seen very little of Leia’s childhood, with the focus being on Luke. The scene where Bail and Breha contact Obi-Wan is a nice throwback to when Leia records a message very similar in A New Hope, stating that “Obi-Wan was her only hope.”

A big surprise in the second episode was a cameo by Temeura Morrison appearing as a homeless Clone Trooper begging Obi-Wan for money. This is reminiscent of the state of the clone troopers that were able to get through Order 66 without betraying the Jedi by removing the chips in their head.

The fear on Kenobi’s face shows how much the 501st Legion meant to him during the Clone Wars, further accentuated by the stormtroopers immediately walking past. This is the closest we’ve got to having Captain Rex onscreen in live-action.

When Obi-Wan arrives on Daiyu, he is presented with the seedy underbelly of the planet when he is approached by someone offering him some spice. This scene is very similar to a moment in Attack of The Clones when a drug dealer tries to sell him deathsticks; it’s a nice nod to the second prequel.

What cool details d you notice in the first two episodes of Obi-Wan Kenobi? Was there anything we missed?

Obi-Wan Kenobi is available to stream exclusively on Disney+ with new episodes available weekly on Wednesdays.