Skip to content
Home » Blog » Obi-Wan Kenobi: Here’s All The Details We Noticed in Episode 3 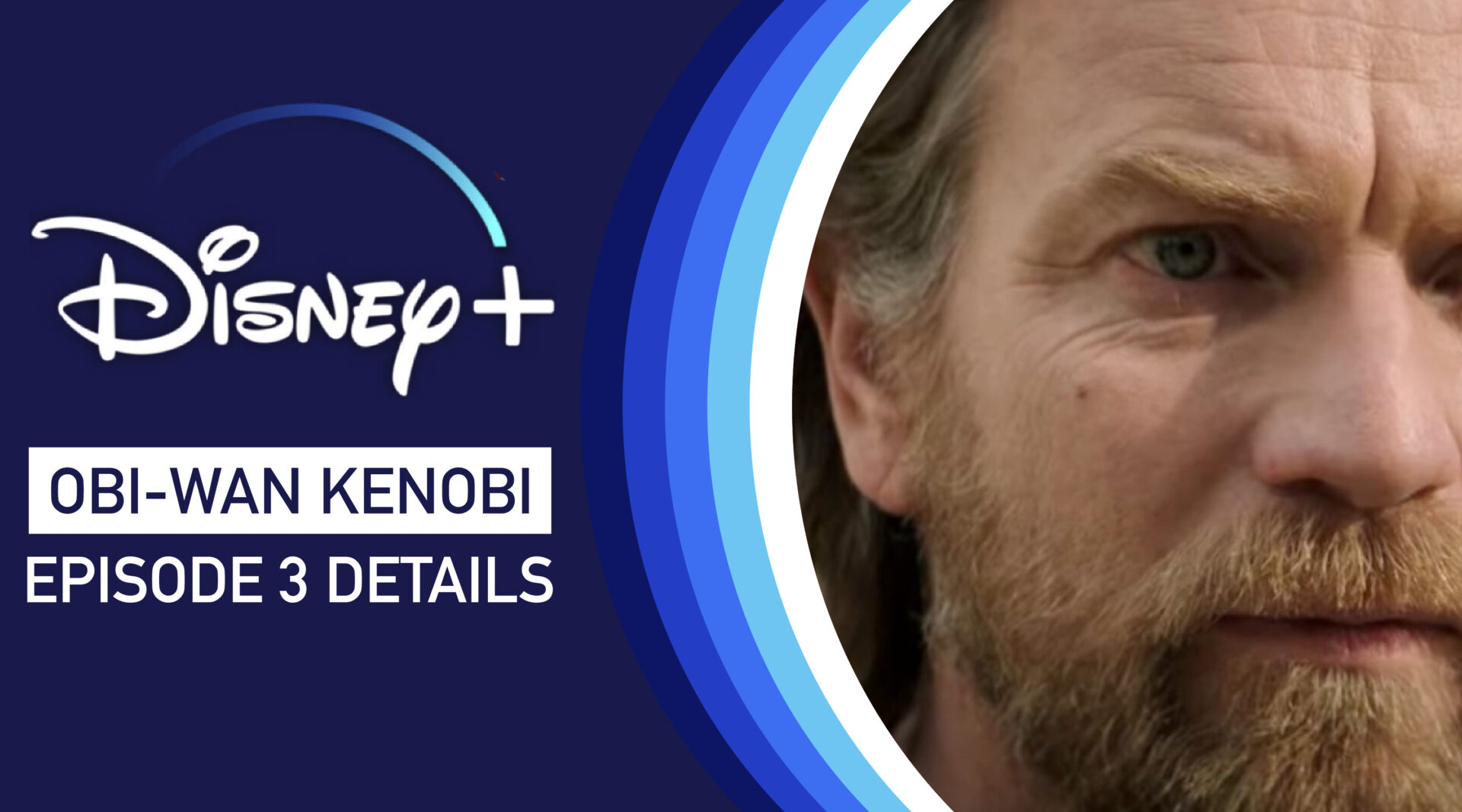 Spoilers ahead for episode three of Obi-Wan Kenobi. If you’ve not yet watched the episode, bookmark this post and return to it once you have.

After years of speculation, rumours and theory, Ewan Macgregor finally returned to Star Wars as Jedi Obi-Wan Kenobi in a double episode premiere of the titular character’s very own Disney+ series. In the opening episodes, we find the former Jedi, broken, tired and living a life of solitude on Tatooine. But when a young Princess Leia is taken hostage by mercenaries working for Imperial Inquisitors, ‘Ben’ is forced to pick up his lightsabre and become Obi-Wan Kenobi once more. Kenobi finds and rescues Leia, also learning that his Anakin Skywalker survived their battle on Mustafar and might be closer to the Princess’s kidnap plot than he could have imagined.

Episode three picks up in the aftermath of that revelation and sees Obi-Wan and Leia trying to find a safe passage across the galaxy. They’re helped by an unlikely friend, only to cross paths with Anakin, who has now fully embraced his ‘Darth Vader’ persona. Another lightsabre duel takes place, with the newly rejuvenated Vader gaining the upper hand on an out-of-practice Obi-Wan.

Here are all of their essential details and Star Wars references we spotted in Episode 3 of Obi-Wan Kenobi. 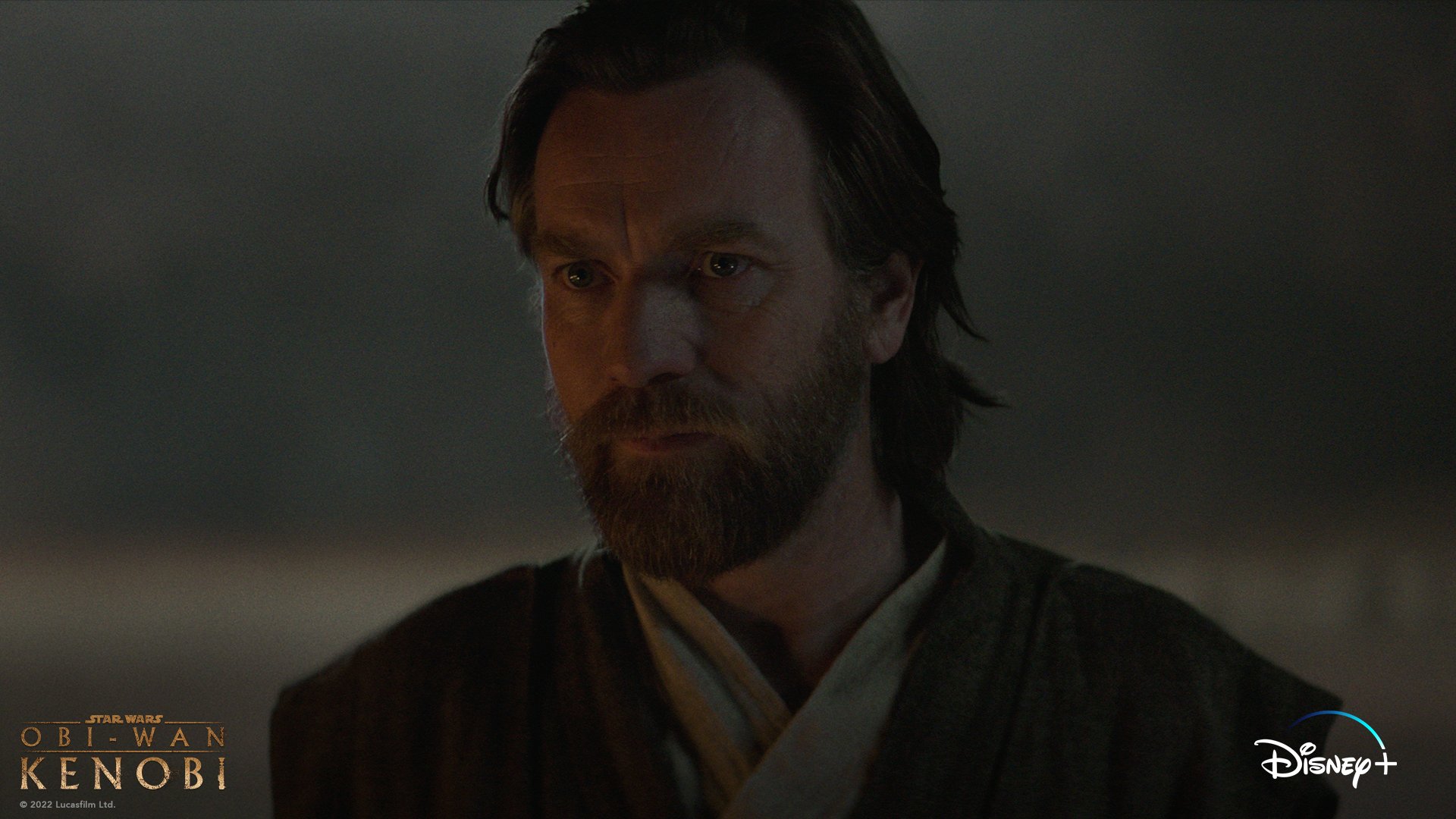 The episode begins with Kenobi experiencing flashbacks, which all took place in the Star Wars prequel trilogy. We hear Yoda from Episode III: Revenge of the Sith (“only pain will find you”), Qui-Gon Jinn from Episode I: The Phantom Menace (“Obi-Wan, promise me you will train the boy.”) and Anakin Skywalker from Episode I (“Obi-Wan, if you’re not with me then you’re against me”).

Darth Vader’s throne room on Mustafar
Episode three reveals Darth Vader’s throne room in his castle on Mustafar, the lava planet where Anakin Skywalker was left to die and Lord Vader was truly born. The castle first made its debut in 2016’s Rogue One, but the idea dates back to early Star Wars concept art by Ralph McQuarrie, whose original designs have been recreated for the Dark Lord’s base of operations.

Just as Ewan Macgregor and Hayden Christian have returned, so has James Earl Jones, who lends his voice to Darth Vader in the same way, he has done since his first appearance in the original 1979 movie. Earl Jones’ harsh tones helped create one of the most iconic villains in pop-culture history. If you were wondering how 91-year-old Jones’ voice sounds as good now as it did in the original trilogy, it is because of the Respeech effect. The same technology was used for Luke Skywalker’s voice in the Mandalorian and The Book of Boba Fett, where an actor’s natural voice is combined with recordings and manipulated to create a near-exact replica of the original voice.

When a young Princess Leia asks Obi-Wan Kenobi what the Force feels like, it’s hinted that although she might not know it, there may already be signs of the Force within her. Leia’s force sensitivity was briefly touched upon in Return of the Jedi and the sequel trilogy. Still, Obi-Wan Kenobi is proving that anything can be explored in more depth in this new series.

As Obi-Wan and Leia disembark the cargo ship, two droids can be seen working away in the background. The smaller of the two is an R5 Astromech unit and bears the same orange paint job as the most famous R5 droid, R5-D4. Otherwise known as ‘Red’, the droid is often used as a Star Wars Easter egg; although it’s probably not the same, it’s a lovely tribute. 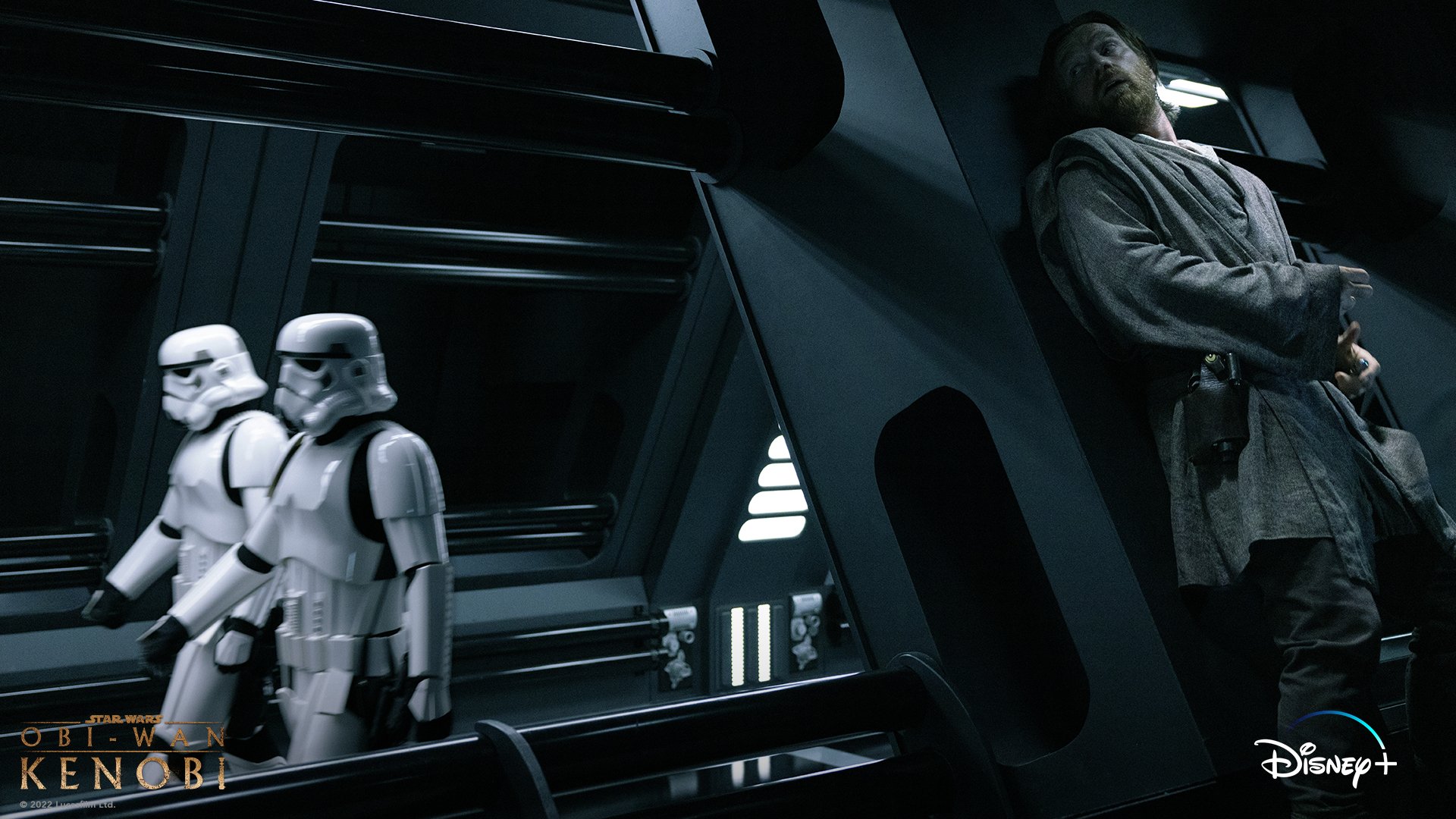 Episode 3 marks the live-action debut of Fortress Inquisitorius, the dark, looming HQ of the mysterious Inquisitors. Based on the moon Nur, the building made an appearance in the Jedi: Fallen Order video game.

Inside the loading dock of Fortress Inquisitorius, several famous Star Wars ships can be seen, including TIE fighters and the renowned grey Lambda shuttle used by Darth Vader and Emperor Palpatine.

It’s been long established throughout the Star Wars canon that Stormtroopers are not very bright; in fact, it has become a staple of modern Star Wars to make fun of the Empire’s white-clad foot soldiers. As Obi-Wan and Leia hitch a ride to the spaceport with a local driver, a group of Stormtroopers get on board. The group talk about how they’re on the lookout for a Jedi. “Don’t worry, we’ll find him; we always do”, exclaims one of the troopers, as Obi-Wan sits opposite, hiding in plain sight.

Obi-Wan has a brother 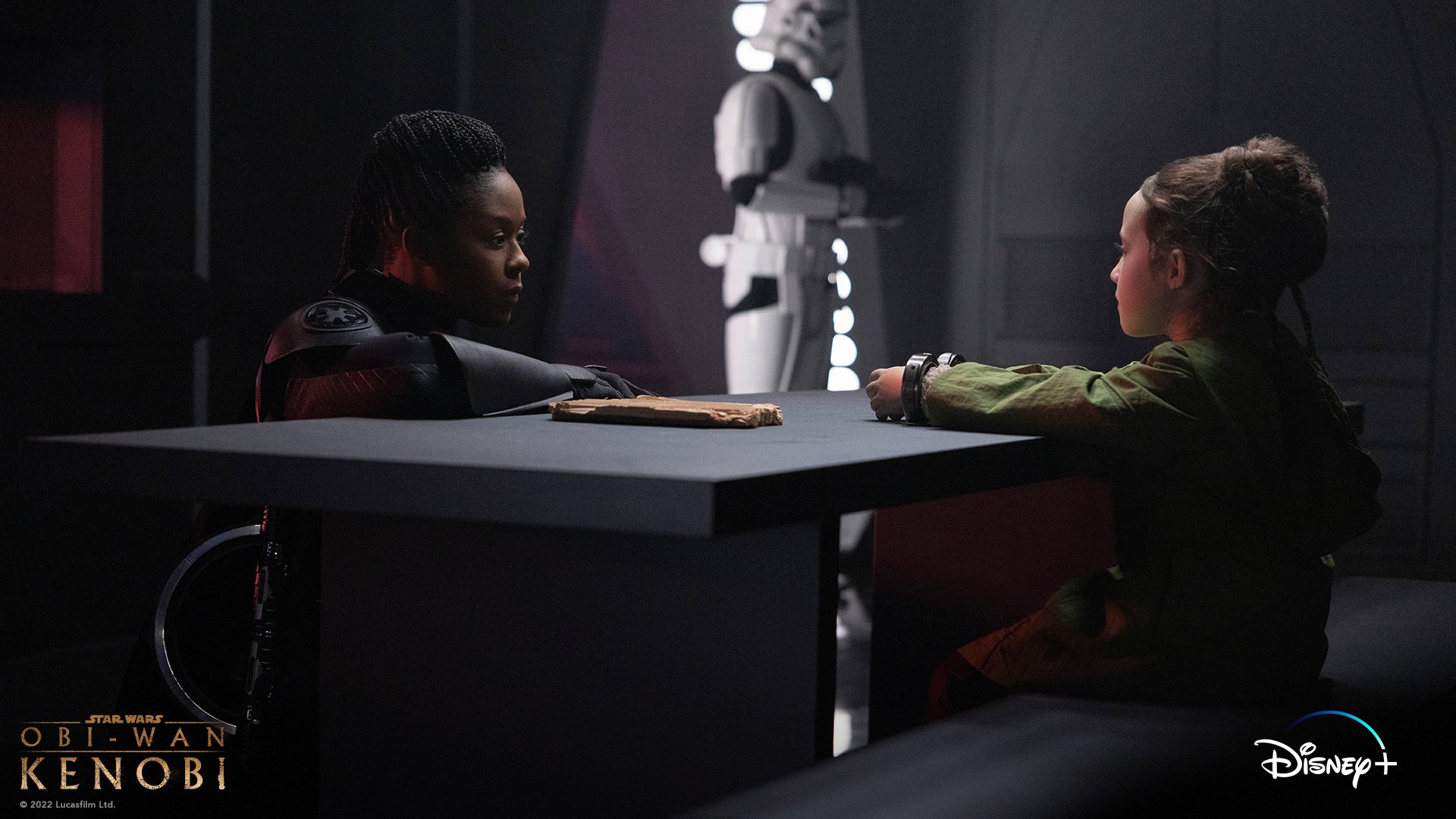 Obi-Wan tells Leia about his early life and being taken from his family, specifically his brother. The original script for Return of the Jedi revealed Owen Lars as Obi-Wan’s long-lost brother, but George Lucas cut it. This is the first time it’s been mentioned that Obi-Wan has a brother.

The probe droids sent after Obi-Wan was first seen in the original trilogy and have since cropped up like Easter eggs. Seeing them launched from their base for the first time gives Obi-Wan Kenobi a nice tie to Empire Strikes Back.