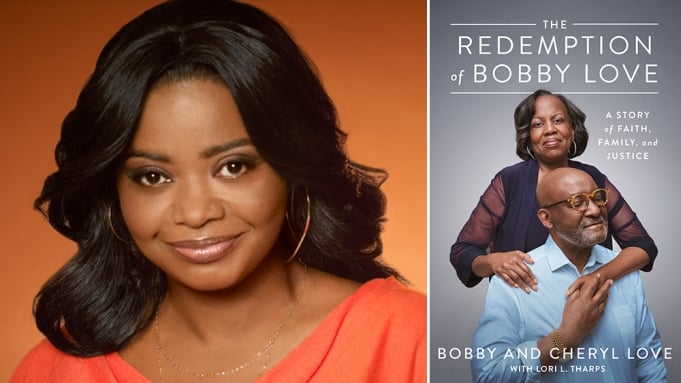 “The Bobby Love Story” is based on Cheryl and Bobby Love’s memoir, The Redemption of Bobby Love: A Story of Faith, Family, and Justice which was published on October 5th. The show tells the true story of an escaped convict, Bobby Love, and his wife of over 35 years, Cheryl Love, who never knew his secret.

As a Black child in the Jim Crow South, Bobby Love found himself in legal trouble before his 14th birthday. Sparked by the desperation he felt in the face of limited options and the pull of the streets, Love became a master thief. He soon found himself facing a 30-year prison sentence. But Love was smarter than his jailers. He escaped, fled to New York, changed his name, and started a new life as “Bobby Love.” During that time, he worked multiple jobs to support his wife and their growing family, coached Little League, attended church, took his kids to Disneyland, and led an otherwise normal life. Then it all came crashing down.

Bobby and Cheryl Love and Octavia Spencer are also on board as executive producers, along with Girls co-showrunner Jenni Konner.