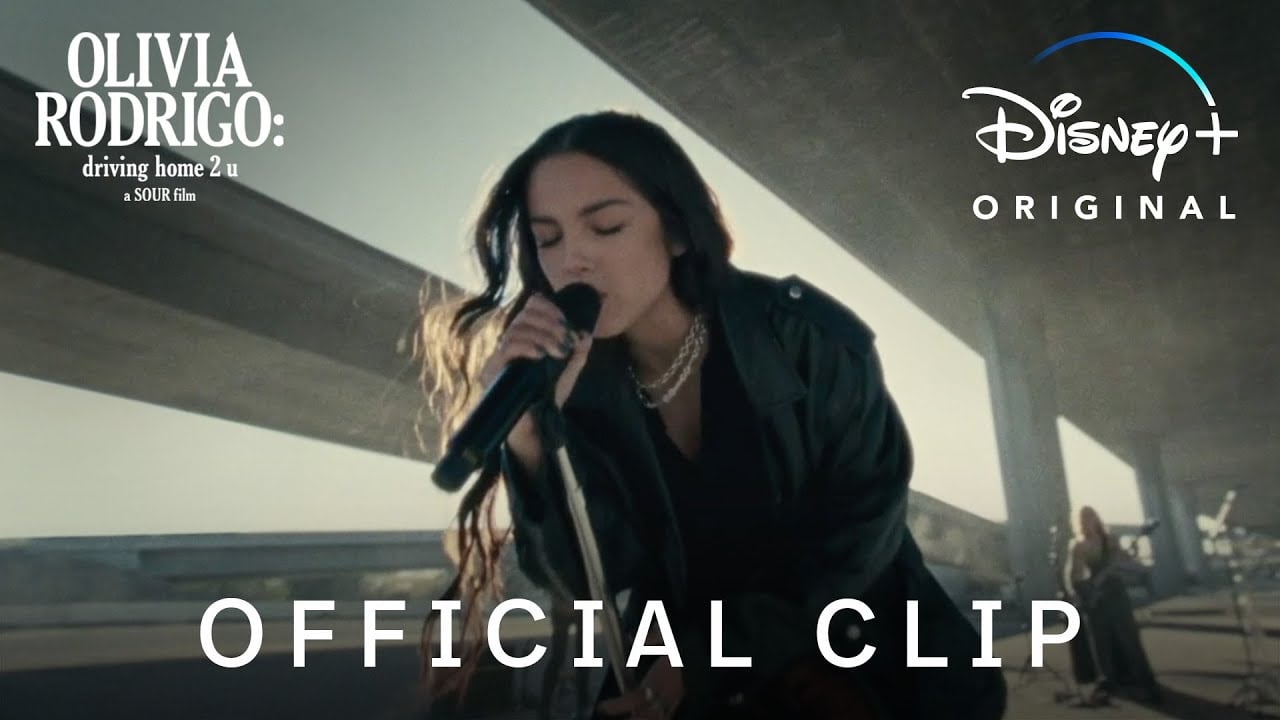 Disney has released a new clip of jealousy, jealousy from OLIVIA RODRIGO: driving home 2 u (a sour film), which begins streaming on March 25 on Disney+.

For the first time, Olivia takes audiences on a familiar road trip from Salt Lake City, where she began writing her triple-platinum debut album “SOUR” (Geffen Records) to Los Angeles. Along the way, Rodrigo recounts the memories of writing and creating her record-breaking debut album and shares her feelings as a young woman navigating a specific time in her life. Through new live arrangements of her songs, intimate interviews and never-before-seen footage from the making of the album, audiences will follow her along on a cinematic journey exploring the story of “SOUR.”

“OLIVIA RODRIGO: driving home 2 u” is a Disney+ original film from Disney Branded Television, directed by Stacey Lee and produced by Interscope Films and Supper Club.

You can watch a trailer for the film below and check out our review here.