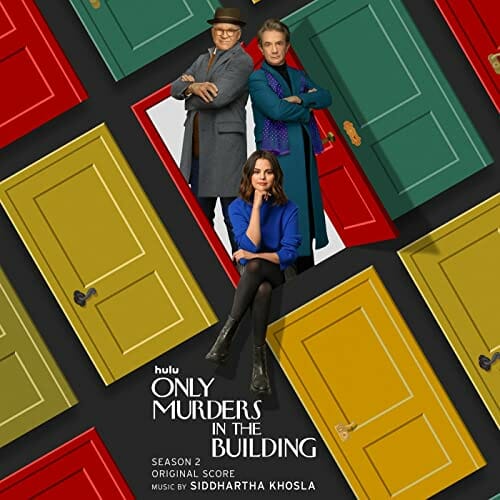 Hollywood Records has released the soundtrack album for the second season of the Hulu/Star Original series “Only Murders in the Building.”  The series is now streaming on Hulu in the US and Disney+ internationally, including Canada, Australia, New Zealand, the United Kingdom and Ireland.

The album features selections of the original score from Season 2 composed by Siddhartha Khosla who recently received two Emmy Award nominations for his main title theme and score from Season 1. Khosla has also previously worked on This Is Us, Runaways, Queenpins, Looking for Alaska, I Want You Back, and Love, Victor.

A soundtrack album from Season 1 of “Only Murders in the Building” was released last year.

Episodes 1-8 are available to stream now on Hulu in the US and Disney+ internationally, including Canada, Australia, New Zealand, the United Kingdom and Ireland, with new episodes dropping every Tuesday through August 23, 2022.