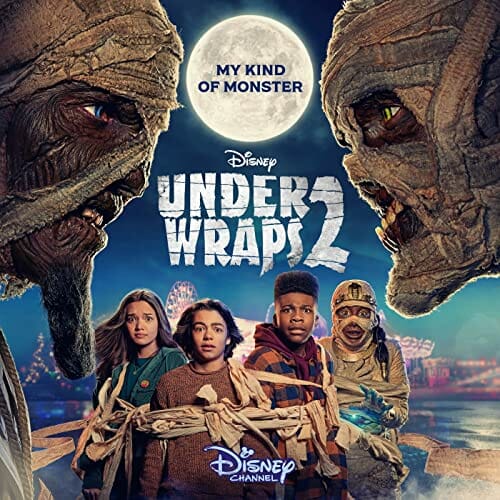 Walt Disney Records has released the original song “My Kind of Monster” from Disney Branded Television’s original movie “Under Wraps 2,” the sequel to the eerie-sistably fun Halloween Disney Channel Original Movie “Under Wraps.”  The film premiered on Sunday, Sept. 25, on Disney Channel in the United States and will arrive on Disney+ in the US on Friday, September 30, 2022.

It is available to stream/download now on all major digital music platforms.  You can also watch the music video for the song below:

Produced by MarVista Entertainment, Alex Zamm returns as director of “Under Wraps 2” (R.L. Stine’s “The Haunting Hour: Don’t Think About It,” “Beverly Hills Chihuahua 2”), with Todd Y. Murata (“Sightless,” “Best. Worst. Weekend. Ever.”) and Fernando Szew (“Back of the Net,” “16 Wishes”) also returning as executive producers for MarVista Entertainment. Josh A. Cagan (“Spin,” “Kim Possible”) is writer for the sequel, based on the original movie written by Don Rhymer.

You can watch a trailer for “Under Wraps 2” below: