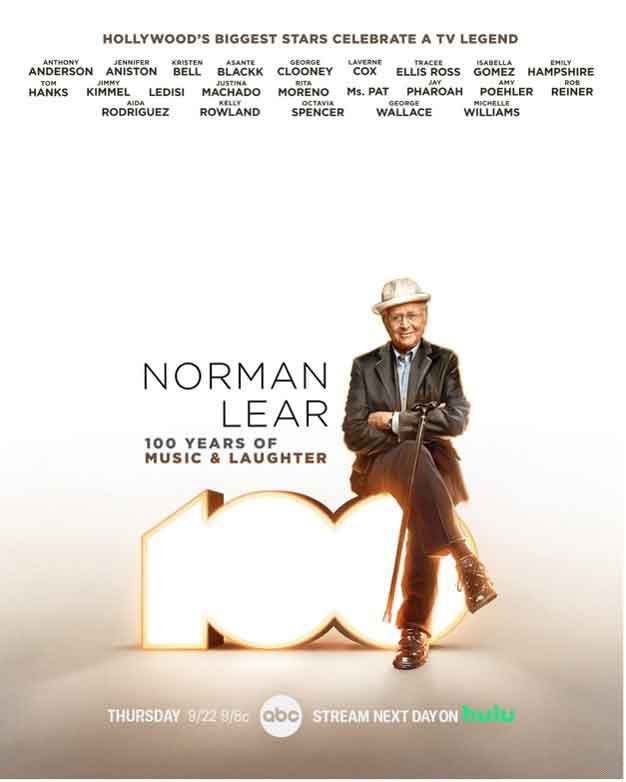 Honoring the life and legacy of the remarkable storyteller, activist and philanthropist Norman Lear, ABC has announced additional celebrity attendees as well as musical and comedy performers set to appear in the special celebration, “Norman Lear: 100 Years of Music and Laughter.” The star-studded evening airs THURSDAY, SEPT. 22 (9:00-11:00 p.m. EDT), on ABC and available the next day on Hulu.

As previously announced, Jennifer Aniston, Jimmy Kimmel, Amy Poehler and Octavia Spencer are also set to appear in the special.

The one-night-only celebration features intimate conversations, special performances and surprise reunions that pay homage to the man behind some of television’s greatest stories in celebration of his 100th birthday. “I’ve always believed music and laughter have added time to my life. I’ve seen a lot throughout my 100 years, but I would’ve never imagined America having a front-row seat to my birthday celebration,” said Lear.