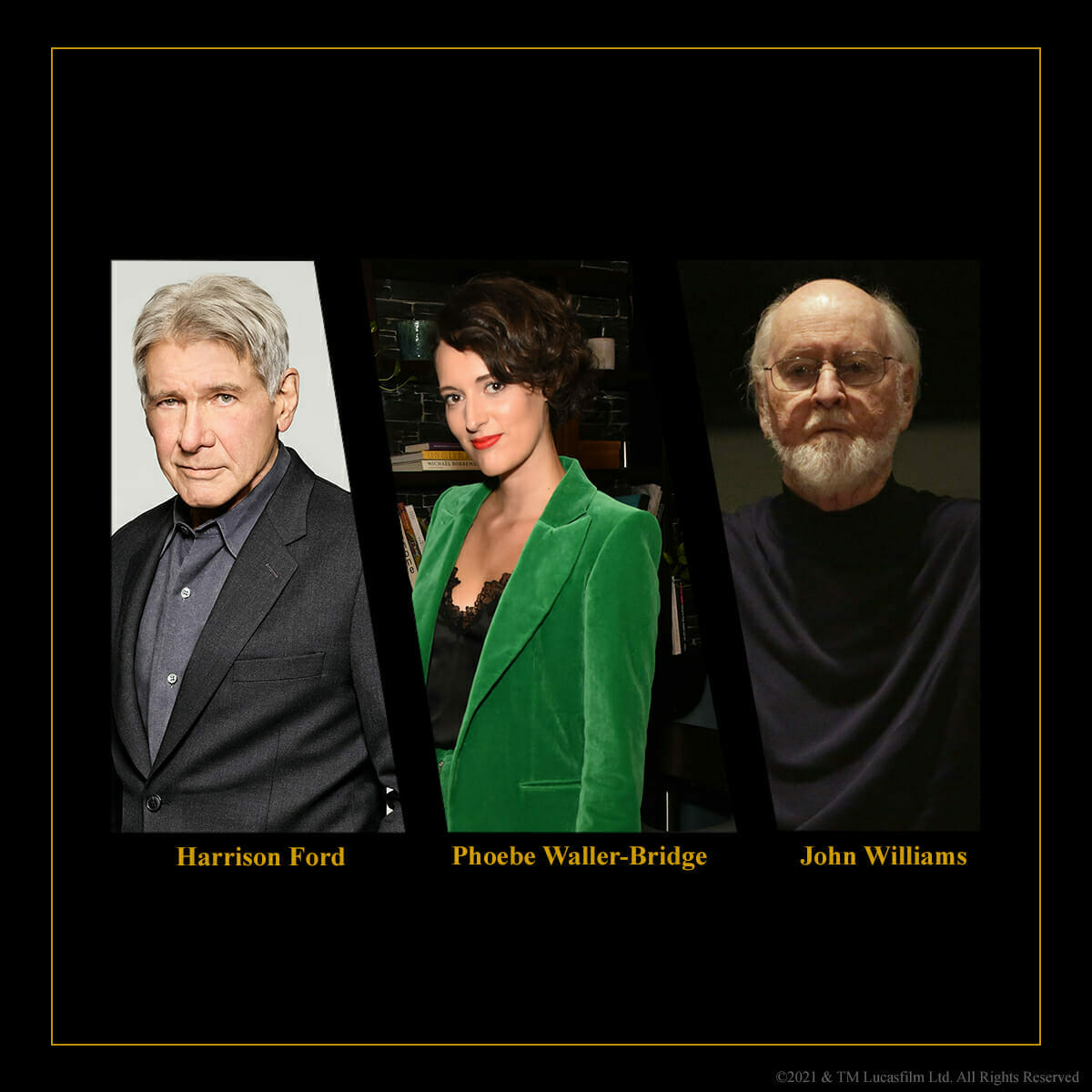 Disney has announced that Phoebe Waller-Bridge will co-star opposite Harrison Ford in the next Indiana Jones film.  The news was announced on Twitter which you can see below:

A new #IndianaJones adventure begins July 29, 2022. Phoebe Waller-Bridge joins the cast alongside Harrison Ford in the fifth installment of the iconic franchise. The inimitable John Williams will also return to score the film. pic.twitter.com/Qh8nvFiQsE

Phoebe Waller-Bridge is best known for her roles in Fleabag and Solo: A Star Wars Story.

Disney also announced that John Williams, who has worked on every score in the Indiana Jones franchise, will also return as composer.

James Mangold will take over for Steven Spielberg to direct the film, however, Spielberg will still serve as a producer and is very much involved in the film. Kathleen Kennedy, Frank Marshall, and Simon Emanuel will join Spielberg as producers.

Be sure to keep checking Disney Plus Informer for all the latest updates on Indiana Jones 5.